The world is going through a lot right now in 2020, especially considering the tough challenges surrounding the COVID-19 pandemic. Although things are getting down to the road of normalcy, there is still some way to travel. Same is the case for sports, as well as cricket.

Global cricketing fans received a piece of welcome news in August this year, as the Board of Control for Cricket in India (BCCI) decided to host the lucrative Indian Premier League (IPL) in place of the window previously reserved for ICC World T20. Also, the challenges of hosting the tournament in India during the pandemic compelled BCCI to host it in the United Arab Emirates (UAE), at the cost of lower prize money.

Nonetheless, after nearly two months of intense action, it has come to a successful end, with defending champions Mumbai Indians (MI) retaining the crown, as they clinched their fifth title. Also, this happened to be the most competitive edition to date, with fans waiting until the final match day to determine the qualifiers for the playoffs.

Among the positives, the notable ones were the performance of Delhi Capitals (DC) and Royal Challengers Bangalore (RCB). The teams are among the three sides to have not won the title to date, as both looked well on course to break their 13-year jinx this time.

However, tough luck prevailed. While RCB finished fourth, DC went on to the final, only to mess things up in the end and finish as runners-up. Meanwhile, it was time to rejoice for the MI camp, as they extended their record of being the most successful side in the competition, while their fans were indeed as delighted as always. But, the big question is: Were all the fans happy with the outcome of IPL this season?

Well, I did manage to talk with some of my close friends and associates. Most of them stated that they were indeed thrilled and pleased with the level of competition the tournament made us witness this season, which is unparalleled with any other T20 league in the world. However, as far as the outcome and the end result of the competition is concerned, they did expect better.

Although many backed DC to win it this season, it was evident that MI had the upper hand, owing to their experience of playing five finals before 2020, while DC was in unknown territory. Obviously, DC don’t have a great leader like Gautam Gambhir or David Warner, who managed to steer their side, Kolkata Knight Riders (KKR) and Sunrisers Hyderabad (SRH), respectively, in the first attempt during the final, with their intellectual captaincy.

As for MI, they played the best cricket throughout the edition, which undoubtedly made them the clear favourites to win it this season. And, that is where the trouble starts. The element of predictability is sure to ruin any major sporting event. Although MI fans can rejoice as much as they want, it is undoubtedly a tough time for true cricket lovers and neutral fans, who were eagerly hoping for a fresh new winner this term.

Around 80-90% of the fans, including myself, had already lost interest in the final, and the reason is simple.

While MI were a powerhouse- and let’s face it, they are the almighty right now- DC, despite being minnows were playing brilliant cricket throughout the tournament, notwithstanding the fact that they reached the final.

Therefore, the element of predictability is inevitable stung.

Also, I would like to present a different theory here regarding the definition of sports. Earlier, any sport used to be about one good performer, who could dominate for ages and be the undisputed king of the domain. However, this is a whole new era and we are residing in a different period. The definition of sports nowadays is not always dominance, but sheer competition.

Do you get my point, or does it sound confusing? Well, let me explain it with some examples across sports. In case you have followed World Wrestling Entertainment (WWE) for quite some time, you must be aware of a legendary pro-wrestler Bruno Sammartino. It was during the 60s and 70s, he was the unchallenged king of the promotion, having won the World Championship on a couple of occasions.

But do you know the most exciting part? He held the championship for a record 4,040 days. No, it’s not a typo on my part. You can rub your eyes once or even twice, but yes, you read that right.

The prime reason why Sammartino held it for so long was that he was the best wrestler back at the time and fans loved him for it. However, I want you guys to ask this question to yourself and honestly see what your heart and mind answers. Had Sammartino been a part of today’s wrestling talent, will he have held the title for so long? Or, would have the fans accepted him as the unbeaten and longest-reigning champion of all-time?

Even if they had, it would have barely been for a couple of years. Nowadays, you hardly see superstars holding on to the title for more than a year. Among current talents, John Cena has held it for 1,254 days, but would you imagine him holding on for 3,000 days more? Certainly not! And, even if WWE decides to put it on him for the specified period, I bet the promotion would lose at least 40% of its fan base, as fans would term Cena’s reign as stale and boring.

Similarly, I can present to you another example from tennis. Rafael Nadal currently holds the record of winning the most Grand Slams (20), along with Roger Federer. Of these 20 Slams, 13 of them have come at Roland Garros (French Open). That’s quite an achievement and a record in itself, as no other player has ever dominated a Slam in such magnitude.

But, has the tournament any charm left in it? Once again, the outcome of the event is predictable here, even before it gets started. In fact, it is also being stated that until the day Nadal retires, he is to keep winning it on and on. Now, doesn’t that sound stale? You might keep enjoying it if you are a Rafa fan, but even some Rafa fans, including the true tennis lovers, the Slam would make no sense.

However, I am not taking anything away from Rafa here, as he is the deserving winner of this event. What he has achieved here is incredible and is a feat that is highly unlikely to be ever matched by any other: a true legend and the unquestionable King of Clay, who I whole-heartedly respect.

Even in football, the viewership and fan base of German Bundesliga, Italian Serie A and French Ligue 1 has dwindled in the past few years, owing to the very fact that there are hardly any competitors in the tournaments. Also, it is a known fact that Bayern Munich, Juventus and Paris Saint-Germain (PSG) are to win the leagues, respectively. Thus, would you still watch these tournaments, unless you are a fan of the teams as mentioned above?

Similarly, coming back to the topic, MI might be the indisputable kings of the IPL. But, it is no secret that in the current date, fans want fresh faces as champions. Over the years, there has been a trend where fans do support the underdogs, as they love to see upsets and giant-killings. Although it is sure to break the hearts of the fans of the side that is on the receiving end, it is positively thrilling to watch an underdog getting the better of a titan.

As I conclude my topic, I would once again like to make it clear, that I am not taking anything away from the authoritative ones, including MI. But, I certainly believe that it’s about time for the other teams pull up their ante and come up with even more severe contest. Dominance wins you tournaments, but competition wins your heart and respect, which is the first stage to prominence. 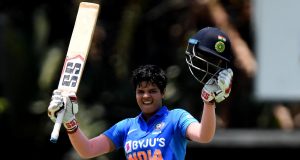