Long gone are the days where the Nawabs or Maharajas arose in Cricket, an engaging sport to the wider world but almost a semi-religion in India.

Perhaps it may not be incorrect to suggest that where several real-life success stories are concerned in India, then many have arisen from financially struggling backgrounds.

With the sheer talent coming from nearly every nook and corner of the country, there’s a never-before-seen inclusivity in this great game of ours where an auto-rickshaw driver’s son or a luggage carrier’s son can too play alongside those from progressive economic backgrounds.

And that said, it’s heartening to note the famous Indian Premier League, often viewed only from a slightly biased angle of being a lucrative money-making machine (as if that’s the only thing to it) has given a level-playing field from talents regardless of cultural heritage or financial backgrounds.

The just-concluded edition too unfurled two fine talents whose successes stem from the fact that they did not have the usual ingredients of life that could have taken them afar or at least, to a state of security.

What these two youngsters from India do possess, however, is a heart to fight and raw talent.

Let’s, therefore, see what Mohammaed Siraj did before we shift our narrative to Thangarasu Natarajan.

Mohammed Siraj, an Indian right-arm medium-fast who is currently playing for Royal Challengers Bangalore in the IPL. Siraj is an auto-rickshaw driver’s son. His father should do dry auto for living but his cricketer son has changed his family’s lives completely.

Thangarasu Natarajan is a left-arm quick. He represents Sunrisers Hyderabad and is popularly known for his toe-crushing Yorkers in this year’s IPL. Natarajan’s parents were daily wage workers from Chinnapampatti in Tamil Nadu. His father was a coolie at a railway station whereas his mother worked at a small meat shop before their son bagged a whopping IPL contact of INR 3 cr.

Siraj has represented India in three T20Is and a solitary ODI. The right armer made his IPL debut back in 2017 for SRH. He has a fair IPL experience in IPL as he has the experience of thirty-two games under his name bracket.

Siraj was a net bowler for RCB in 2016. It is when his life changed, Bharat Arun who has RCB’s assistant coach saw Siraj’s ability and worked on his raw pace. Bharat Arun was made Hyderabad’s coach for the 2017-18 season. Siraj got his wings under Arun’s guidance, he finished that season as the third-highest wicket-taker. He thanks his mentor for his rapid growth and calls him “Angel”.

Natarajan also made his debut in the league in the same year for Kings XI Punjab but due to injuries in the initial seasons he didn’t make his name then but this IPL has been impeccable for him. Natarajan has played all games for his side and made all his name in the end overs in a bowling lineup without the likes of Bhuvneshwar Kumar.

He started cricket in 2011 with the tennis ball tournaments where he found his love of life in the game of cricket. In just 3 years’ time, he made his Ranji debut for Tamil Nadu but a year later, the venerable BCCI backlisted his action. And then, Natarajan’s mentor- Jayaprakash helped him and backed him. He wears JP Nattu written on his back which is a small token of love. He has also inscribed JP on the backside of his left wrist. In the last 3 years, Natarjan has become the spearhead of Tamil Nadu’s pace attack.

The voice of Cricket, Harsha Bhogle quoted Siraj; “He is a quality red ball bowler and he has bowled” after Siraj’s spell of four overs where he took 3 wickets by lending just 7 runs. On the other hand, Brett Lee, one of the fastest bowlers of all time applauded Natarajan’s death bowling and tweeted; “That’s how you bowl at the back end of an innings! Outstanding Natarajan”. Siraj and Natarajan’s struggles and wrestles through their lifetimes have started paying off. Mohammed Siraj has got his first call up for the test in the team for the tour of Australia and Thangarasu Natarajan has been named as one of the four bowlers who would travel with the team as an additional.

The story of our favourite cricketing champions has been about passion and determination. Be it the tale of a 12-year old boy living in his aunt’s house away from his parents; or the vigour of young blooded teenager playing a Ranji match on the day of his father’s demise. And now, these tales about passion and determination have changed, our heroes are coming up from the dawning end and inspiring us by their adamant will. 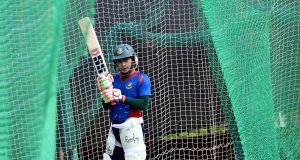 Why Mushfiqur Rahim Is An Irreplaceable Figure For Bangladesh Cricket?

Abhishek Srivastava - March 23, 2018
0
Among the five finest players produced by Bangladesh along with Tamim Iqbal, Moshrafe Mortaza, Shaqib-al-Hasan and Habibul Bashar, Mushfiqur Rahim has been a pillar...