After Independence, the Saurashtra team was known as Kathiawar for four seasons after which they began to compete in the Ranji Trophy from the 1950-51 season as ‘Saurashtra’. The land of Ranjitsinhji, after whom the Ranji Trophy is named, had a cricket team but were not that competitive, especially in the 19050s and 1960s. Saurashtra greats like Rajendra Jadeja and Karsan Ghavri have had to change their base to Mumbai to have a better chance to making it to the Indian team.

There were a few bright spots in an otherwise underwhelming history of Saurashtra cricket as they made it to the semifinal of 1981 under the leadership of Yajuvindra Singh. They also made it to the quarterfinal of the coveted tournament in 1985. But most of the times, they used to fall behind as far as competing is concerned and used to bow out before the knockout phases. One of the main reasons for this was the matting wickets on which Saurashtra played at home. Thus they used to struggle while playing on turf wickets away from home.

But as there is light at the end of a dark tunnel, things changed for good for the Saurashtra cricket team as the zonal system was replaced by two groups – Plate group and Elite group. Saurashtra played in the Plate group for few years and won the Plate final in 2005 to enter the Elite group. Names like Cheteshwar Pujara and Ravindra Jadeja began to rise through the Saurashtra ranks and helped them win the Vijay Hazare Trophy in 2008. They made it to the semifinal in 2009 but lost to a prolific Mumbai side. Although they lost the game, it was a sign of things to come.

Saurashtra finally punched above their weight to make it to their maiden final in 2012-13 against the dominant Mumbai side. Although they fought bravely, they lost as Mumbai were just too strong for them. They again reached the final in the 2015-16 season and 2018-19 season where they lost to Mumbai and Vidarbha respectively. Saurashtra had begun to deliver consistent performances but were not able to find a way to win their maiden Ranji Trophy title. They knew they needed an inspiration, an X-factor to take their team to the next level.

That X-factor was provided by their skipper Jaydev Unadkat, who instilled a fearless brand of cricket within the team and lead from the front throughout the 2019-20 season. Saurashtra reached their fourth final in eight years in the 2019-20 season and a strong Bengal side were waiting for them. Unadkat stepped up and bent his back on batting wickets throughout the tournament, providing breakthroughs when it mattered the most.

Unadkat ended up picking 67 wickets at an astonishing average of 13.23, having improved leaps and bounds from the previous season where he had 39 wickets. He made a telling contribution in the final which changed the course of the game. With the first-innings lead in sight and a well-set Anushtup Majumdar batting, Bengal looked to be in prime position to win their first Ranji Trophy title in 30 years. But Unadkat picked up Majumdar’s wicket and induced an important run-out to change the course of the game, with Bengal ending up 44 runs short of Saurashtra’s first innings score of 425.

Apart from Unadkat, young Arpit Vasavda also showed tremendous maturity under pressure by scoring hundreds in both final and semifinal. Veteran batsmen Cheteshwar Pujara and Sheldon Jackson too had a brilliant season and performed whenever they were available. Opener Harvik Desai also contributed with more than 800 runs in the season.

Thus, a mix of youth and experience and set up Saurashtra nicely as a very strong team at least for the near future. It will be interesting to see the kind of heights they reach as they would be full of confidence after finally cleared the last obstacle. 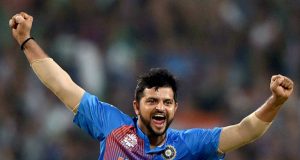 Why Team India and Suresh Raina Need Each Other?