Just over three overs before the new pink ball, the Indian scorecard read 188 for three. Many had predicted India would lose more than three in the first session itself. The year 2020 has seen oddities aplenty. Just like the pandemic stalled the world, in the cricketing sphere, it brought a halt to Virat Kohli’s century meter, which had raced till 2019.

He struck seventy centuries in between 2009 and 2019, but this year the 23 innings thus far had yielded none. This had never happened since 2008. Kohli looked all set to change that at his beloved venue – The Adelaide Oval.

Kohli and Ajinkya Rahane had added 88 for the fourth wicket, deflating the hype around ‘batting-gets-difficult-during-twilight’. Kohli, at 74, was dominating the proceedings when his lieutenant called for a run and stopped midway to say, ‘no’.

One silent glare and then Kohli walked back disappointed. It’s another story that India managed only 56 after that and were bowled out for 244. Rahane, too, fell soon for 42.

Run outs happen. It’s just another part of our sport. This is not even the first time a deputy has run out the Indian captain at Adelaide. Before etching that masterpiece here in 2003, Rahul Dravid was involved in a terrible mix-up that sent back an in-form Sourav Ganguly.

Anyway, coming back to Ajinkya Rahane, a man often compared to Dravid for his demeanour and handling crisis. There’s something very uncommon between them. Debuting in Test cricket in 2013, Rahane wasn’t involved in a single run out till the end of 2019, i.e. he played 63 Tests without being run out or running someone out.

Come 2020, and that was to change. In the three Tests that Rahane has played this year, he has been involved in run outs twice, and on both occasions, he has run out the partner.

The first instance came during the Wellington Test. In windy and severe conditions, Ajinkya Rahane and Rishabh Pant had done all the hard work to stay at the wicket and grind a partnership. Rahane played one towards the point, and it was Pant’s call. He didn’t want it, but the Indian vice-captain charged off despite Pant’s repeated nos. Pant, who was beginning look good at 19, sacrificed his wicket for the more-settled Rahane.

Maybe that was what the fans expected in Adelaide too and were angry about. Rahane could have sacrificed his wicket – a.) it wasn’t Kohli’s fault, rather Rahane had called for the run b.) More importantly, Kohli was more settled and looked set for a big one.

Trivia: This was Kohli’s second run out in Test cricket, the first one, too, came at The Adelaide Oval during the 2011-12 tour. Yes, the same game where Kohli announced himself as a Test batsman with his maiden ton.

As noted statistician, Andrew Samson points out that this run out brought an end to an interesting partnership.

Most runs in Test partnership without a run out.

Kohli and Rahane had 3,359 runs between them before this run out gets them off the list.

Well, just 2020 things. Thanks to the bowlers, India have gained the upper hand in the Adelaide Test, and all will be well if India can seal it off. 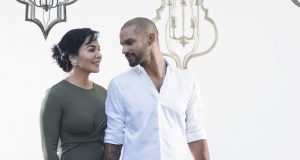 Dev Tyagi - September 8, 2021
0
What happens in your neighbours house is his business, not yours. Ever heard of this before? You may or may not have....