The post-COVID-19 period has seen a lot of caution being exercised to every sporting spectacle taking place around the world. The same principle has been extended to the women’s game, with visiting teams staying put for a brief period in order to exercise utmost care and caution as a prelude to each approaching series.

But while one took stock of the resumption of international women’s cricket beginning  last year with the England-West Indies contests, with the English women making lightwork of their Kiwi counterparts in the recent past, the focus now shifts to the land of great spectacle and thrill- India.

Clearly the biggest draw in the women’s game at present, the India vs Proteas Women’s series due to begin in Lucknow from March 7 shall see two feisty challengers lock horns in the sub-continent once again after they challenged one another’s authority not too long ago.

While South Africa have already returned to white-ball action, this series marks the return of India, who take the field well after a whole year since their shattering loss to Australia in the T20 World Cup of 2020.

However, the hosts’ squad has sprung to attention regarding some unexpected selections. While six new faces have been added to the squad, a few key players have been omitted, including pace spearhead Shikha Pandey, experienced spinner Ekta Bisht, wicketkeeper-batter Taniya Bhatia, and middle-order bat Veda Krishnamurthy.

Is there a desire to try an eclectic new bunch of talents at the heart of the new selection policy, we’ll have to wait.

However, Shikha Pandey’s exclusion raised many eyebrows, considering she is the most successful bowler in the 50-over format since her debut. While everyone was confused as no injury, whatsoever, has been reported on the famous bandana-wearing seamer, belligerent batter Harmanpreet Kaur revealed the reason for her exclusion.

“I know it was a tough call, sometimes, you need to give chance to other players. She is not dropped…sometimes you need to take chances, after this tournament, we will be able to settle our combination as we have a lot of cricket coming up in the next 2-3 years,” shared Harmanpreet Kaur during a media interaction on March 5.

In Shikha Pandey‘s absence, Mansi Joshi has to step up alongside veteran, Jhulan Goswami. One of the foremost exponents of seam bowling, Goswami will have her task cut out: create early breakthroughs for India so as to swing the pendulum in the favour of her side using familiar grit and guile.

But a key component of India’s attack targeting to blunt the Proteas Women’s blade would be the spin attack. It comprises of the foxy Poonam Yadav, the consistent Deepti Sharma and among the cleverest turners of the ball in Rajeshwari Gayakwad.

It will also be interesting to see if Radha Yadav gets a game considering it’ll be challenging to pick the right mix from a formidable spin quartet.

Moving on, Sushma Verma, who last featured in 2017, finds herself back in the team to which she’d now like to stick around akin to the glue to your favourite wall-hanging poster.

In what can be called a new lease of life for Verma, who’d been replaced by Bhatia a few years back, the onus will be on the crafty keeper-batter to stroke her way to some useful runs.

For now her hard-work and consistent performances with the bat in the Women’s T20 Challenge held last year have paved way for what should be an interesting return to behind the stumps and hopeful knocks in front of the bails. That she’s also a part of the T20I squad augurs well for this next phase of her career.

That said, India vs Proteas women series always holds a special place considering India have always enjoyed the upper hand. In 22 ODIs played between the two sides so far, India have won 14.

To gather some idea regarding just how strong India were the last the two faced locked horns in the sub-continent, it’s vital to rewind to the 2019 outcomes. Allowing the Proteas women a solitary victory in an ODI, the Harmanpreet-led side waged a brutal assault with both bat and ball as the hosts comfortably numbed a Proteas women camp minus Van Niekerk, Kapp, and Tryon, winning two in three ODIs and four in six T20Is.

Will runs flow from the flashing blades of Jemimah, Shafali, Smriti and Harmanpreet – stars of the 2019 series win- again, it shall be interesting to see.

Though, to throw caution to the winds, it appears as though India’s chances of running riot this time around are slim.

This is seeing the menacing white-ball form of the Proteas, determined by their recent thumping of the visiting Pakistani women.

Winning each of the three ODIs, apart from clinching the T20 series, the Proteas women left little to the imagination in delivering an absolute knock out punch to their Pakistan counterparts, whom they allowed very little; the visitors getting away with a solitary win at the very fag end of the series.

Moreover, it’s hard to overlook the confidence reposed by South Africa head coach Hilton Moreeng in the ladies. Moreeng was confident that the Proteas women will give a tough fight to India and believed they have learnt a lot from their past experience.

Moreover, there haven’t been too many games slated to be played in a relatively new venue- Ekana Cricket Stadium, which hasn’t hosted an awful lot of white-ball contests thus far. This readily denies India any significant advantage of having played frequently at the Uttar Pradesh-bound venue.

Who then emerges up top will be down to how the sides perform in all departments of the game instead of the complexion of the contest resting with prior experience.

On their part, the visitors will rely on their key pace duo – Marizanne Kapp and Shabnim Ismail. Think for a second- that’s 269 ODI wickets. Could there be a better duo leading the white-ball pace attack for the ebullient Proteas nation?

Though hosts India will feel relieved at not finding two of the most signifiant match-winners in the South African camp; the absences of big-hitting Chloe Tryon and star all-round skipper Dane van Niekerk will stymie the Proteas’ attacking brand of cricket somewhat.

The breezy hits down the fence especially during the death overs, such an integral part of Tryon’s game shall be sorely missed. Perhaps that’s where a lot of lost ground shall have to be covered by a bulky top-order boasting of one of the most destructive pairs in white-ball women’s cricket- Lizelle Lee and Laura Wolvaardt.

Will the Ekana be a witness to the trademark Wolvaardt cover-drive and the menacing hooks and pulls that only a Lee can stroke, we shall see.

But one would reckon the India tour will be a key opportunity to make big waves for someone like a Nadine de Klerk, who combines enthusiasm and the quintessential Protean spirit at weaving wonders on the crease.

The movement off the surface and the steadiness at bowling around the off that have become key lynchpins of the young seamer’s success will test the blades of some of India’s most promising batters.

Meanwhile, what does the Proteas coach think of the opposition and the conditions?

“We know Indian conditions are not easy for any touring team, so we’re expecting them to be tough,” explained the head coach. “Most of us have been exposed to these conditions as well, having come here before. The last visit was not a joyful one because of the way the results went, even though we worked and tried very hard. But we learnt a lot from that and will see that in the results I’m sure with a lot of those players in this squad as well.”

Whether the hosts hold the momentum or South Africa turn the tables, one can expect the upcoming series to offer some mouthwatering entertainment. 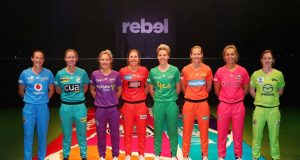