The current focus of all teams in the women’s game is on the ICC Cricket World Cup 2022. Recently, as England put up a great show by making light work of the White Ferns, the focus shifted on India hosting the Proteas Women – a series that proved in no uncertain terms that the South Africans are an attacking lot that you’d take lightly at your own peril.

After beating Pakistan at home, the Proteas Women travelled to India for what could so easily have been an overwhelming challenge for them, albeit one that eventually turned into an excellent ODI outcome all thanks to great resilience and fight shown by the Proteas women.

As they clinched the five-match ODI series 4-1, a Dane van Niekerk-less side showed beating India at their own backyard is certainly possible.

What stood out in the commanding performance exhibited by the Proteas Women was sheer character despite being pitted against a side with Mithali, Harmanpreet, Mandhana, Jhulan.

Truth be told, few expected defeating India in India would have been possible but the way the Proteas Women went on to clinch the series playing attacking cricket and ticking all the boxes in each department of the game, it now seems even an England and Australia need to watch out.

But what’s so special about the great South African turnaround?

It’s worthwhile to remember that the last time they toured to India, in 2019, they had anything but a good series losing both the ODI and T20I series. Back then they didn’t get the services of key players Dane van Niekerk and Chloe Tryon.

Surprisingly, this time around too, they missed their key match-winners. Though what served the Proteas Women was their collective team effort.

Starting with the batters, their openers Lizelle Lee– player of the tournament, with a mega ton and two exuberant fifties and Laura Wolvaardt- the youngest South African to make 2000 international runs- certainly gave a lot of headache to the opponents.

Lee is someone who is considered one of the swashbuckling openers in world cricket. But one thing was a concern for her – consistency.

However, she successfully overcame that phase and scored a whopping 288 runs from the four matches played, including a match-winning century.

Her bludgeoning willow, it mustn’t be forgotten, was the key deterrent to India’s game plans and indeed, the distinguished factor for her Proteas Women side.

A calm mindset and an unflustered approach despite appearing against legendary names in the women’s sphere.

The right-hander’s stroke play and ability to play big showed how brilliantly she can take the game away from the opponents.

Moreover, the last time around, the middle-order didn’t give up in front of India’s bowling attack. The ever-experienced Mignon du Preez took her game to a new level- the glue that binds the team together.

The last when du Preez toured, the stack of runs had dried somewhat: she could only manage 70 runs from the three ODIs but this time, her two back-to-back fifties served in a match-winning cause .

She scored 166 runs with a strike rate of 75.11, which included a steady 37 off 46 in the third game, a quickfire 61 off 55 in the fourth game and a convincing 57 in the final. Her experience in the middle overs proved worthy for the visitors as they managed to score freely. Apart from her, there was the veteran Marizanne Kapp, who is not only known for her deadly spell but also for her batting in the middle order.

Truly speaking, she’s an all-rounder of the class of a Bates and Perry, someone who’d add many milestones to a team- don’t you think?

But was that all for the Proteas Women?

In Anneke Bosch one spotted the find of the tournament, a new spark to the ‘Protea Fire!’

While she played just three games in five in the series, her precise hitting and economical bowling confirmed the arrival of a promising figure. In the first game, she removed India captain Mithali Raj with a low full toss on the stumps. Raj tried to flick but ended up hitting straight to midwicket and du Preez did the rest.

Who would mind a maiden ODI wicket to be that of the prized one of Mithali Raj?

Apart from that, the right-hander scored her maiden fifty in the final game and was involved in a 96-run stand with du Preez in taking the team home.

Her comfortable batting while facing the Indian spinners and that fearless fifty was indicative of how a young cricketer can create a definitive place for oneself despite  lacking experience at the highest level.

However, the winning feeling must’ve been the exhausting idea of tackling India in the subcontinent amid spin-friendly conditions: something the Proteas women demonstrated with utmost will.

As far as bowlers are concerned, pace-spearhead Shabnim Ismail once again showed her prowess in ending with 7 wickets from just five games. She held the fort at one end with her consistent bowling and in the other end, others in a starry support cast were Kapp, Ayabonga Khaka and Tumi Shekhukhune.

That said, proceeding to the T20I series, the Proteas camp would want to improve on a key front- Sune Luus, their stand-in captain.

Showing lacklustre performances in three games where she could only manage 47 runs and one wicket, a back-to-form Luus could spell yet more trouble for an already troubled India. Moreover, leading a rather inexperienced spin side, the intrepid South African fan will hope Luus’ experience will add more stability in the department.

Though, the key question is- can she bowl consistently and deliver in both departments of the game?

Just who’d mind that other than the hosts?

Seeing this revamped South Africa squad, one can expect more fireworks when the same venue plays host to the most exciting format in the game March 20 onwards. 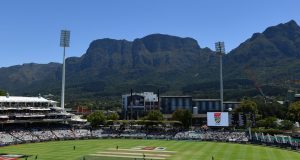 Arjun Bhalla - November 27, 2020
0
The international season is finally restarting in South Africa since the ongoing pandemic proved itself to be too hazardous akin to Chinese dictatorship. It’s...