Yesterday was the series decider in the ODI leg of South Africa v Pakistan. One would think when the series is on the line, a team would possibly field its best XI to get their hands on the trophy.

Well for South Africa that wasn’t the case as half their team had left for the IPL, the likes of Quinton de Kock, David Miller, Kagiso Rabada, Anrich Nortje and Lungi Ngidi taking a whopping 371 caps with them.

Add to this, their highest run scorer of the series, Rassie van der Dussen was out of this crucial fixture with a grade one left quadriceps muscle strain.

The result? Pakistan beat the Proteas by 28 runs in the decider to take the ODI series 2-1.

Of course, one can’t do much about injuries but when it comes to choosing the IPL over national duty, well I have a big problem there.

Yes, there are huge dollars to be earned at the IPL (Indian Profitable League) as I call it vis-à-vis getting a match fee in an ever-declining rand but when a tournament is on the line and a chance for the nation to have another major trophy in their cabinet one doesn’t desert his team. Surely not.

People might argue that the BCCI and CSA have an IPL window agreement as normally there is no international cricket for South Africa during the IPL.

But here’s a question that’s gone begging- in these rather strange times when there is an international tour on, how can IPL still be a priority?

Does money overpower national pride? Well, I must allude to the fact that one’s got to factor in the question of finances especially in these pandemic-marred times.

Truth be told, if South Africa had their strongest XI on the park and still Pakistan would have got the better of them, I wouldn’t feel so shattered.

Think about the new skipper Temba Bavuma and how would he be feeling not having his strongest team in a series decider and add to that himself getting injured in this crucial contest to now be ruled out of the upcoming T20 series also giving company to an already sidelined Rassie.

Plenty of dark clouds here, is it not?

Well, every dark cloud has a silver lining amid the performances we witnessed from two young turks of South African cricket, Janneman Malan and Kyle Verreynne.

They got their chance and more than made use of it, with both scoring fifties comprising of elegant strokes matched with power hitting.

If it wasn’t for these two and the resilience of Andile Phehlukwayo, the Proteas would have surrendered yesterday’s contest rather meekly.

In the bigger of scheme of things, Proteas coach Mark Boucher summed up his team’s performance by admitting they need to be more desperate on the field as his chargers with this latest debacle have now lost six series, won two and tied one under his tenure.

A scanty trophy cabinet to say the least.

Credit must also be given to Babar Azam and his men as they played fearless cricket and won their second ODI series in South Africa after the 2013-14 triumph under current coach and then captain, Misbah-Ul-Haq.

Fakhar Zaman’s batting appeared in the pink of health as he nearly smashed a double ton in the pink ODI and followed that up with another century in the decider to take his tally to 302 runs in the series, the highest on either side at a strike rate of 111.

Van der Dussen’s stupendous batting effort mounting 183 runs at a strike rate of 107 in the first two ODIs with a century in the first match albeit in a down to the wire loss and a quick fire 60 of 37 balls in the second to charter a win were also truly as entertaining as they come.

When it came to the bowling department, Haris Rauf and Anrich Nortje were the picks on either side ending with 7 scalps each with Nortje playing one game less courtesy his departure for the all-important IPL.

So, with the ODI series firmly in the bag, Pakistan have much to look forward to in the upcoming four match T20 series and might even fancy winning this too.

Well, if I were a Pakistani supporter I would also feel this confident, as a completely new looked Proteas outfit minus the famous five at the IPL and with Rassie and Temba out injured will lock horns against the strong and dangerous Men in Green.

Would this be a contest or lack of one? With their backs against the wall which Proteas outfit will show up?

An all out surrenderone or so what if we don’t have our big guns, we can still make it countone?

As a die-hard Protea supporter, I surely hope it’s the latter! 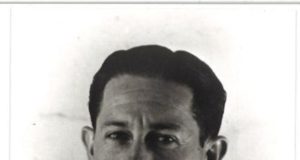 Remembering Norman Gordon: The Sword Of Gideon From The Protea Land!

Dev Tyagi - August 6, 2021
0
According to the revered Hebrew Bible, Gideon, besides being the son of Joash, was the leader of the Israelites, who he led to a...