If you come to think of it, then you’ll find there are multiple ways to describe the Indian Premier League. To some, it’s quite simply the biggest cricket carnival on the planet.

To some it’s the reason why one rushes back home the moment office timings are over. Rare are those times where despite being detached from whatever’s happening in the wider world one seeks happiness in front of the Cricket-playing TV screen.

To most others, the IPL is the perfect mishmash of drama, thrill and nail-biting excitement that only cricket’s briefest format can offer.

But then there are also players for whom the IPL, especially in its 2021 edition is becoming a rather dreadful experience; an unavoidable problem that needs immediate addressing.

They are there in body albeit not so in form or spirit. Their bats are blunted and the ball isn’t creating much magic.

Talents that otherwise pack a punch but are, quite simply flopping out there on the popping crease or the 22 yards.

This brings us to probe an immediate query.

Which players are badly out of form in the IPL 2021 and need to row their boat toward the sea of recovery?

Can the job of a senior pro be any easy? Especially when one’s contesting in a high-octane tournament like the Indian Premier League?

But instead of leading by an example, the out-of-sorts Jos Buttler is leaving a lot of answered questions for the Sanju Samson-led team.

It’s a team that already lacks the much-needed match-winning presence of Ben Stokes, in whose absence the onus rests on Buttler to score useful runs from up top.

But on the contrary, the celebrated English willower is challenged by the ability to score vital runs.

It could be said that the role of the opener isn’t particularly suiting the handsome Englishman who handles his national duty in white-ball contests with reasonable excellence as a middle-order bat.

That Buttler’s been unable to pierce the gaps and find the soft spots only increases the pressure on his young Royals captain Sanju Samson.

The only time he’s ever looked in some touch was when he produced 49 useful runs against Dhoni’s CSK. Other than that, scores of 5 against KKR, 8 against the RCB, 25 against Punjab and 2 against Delhi suggest that Jos Buttler is out of form in and needs to do a lot more than he is at present.

From being appointed South Africa’s White-ball captain to soon being dropped thereafter to finally lacking all the crucially-needed runs before finally making headlines for a controversial run-out featuring the belligerent Fakhar Zaman, Quinton de Kock has lived quite the infamous roller-coaster ride of late in international cricket.

So when the 2021 edition of the IPL arrived, it was expected that all the runs he failed to gather with fire for his Proteas would be struck for Mumbai akin to a hammering blow.

Alas, here’s what QDC has managed:

A score of 3 against Punjab, another 3 against Delhi, a 2 against Kolkata and finally, a 40 versus Hyderabad.

What’s to follow next? A litany of poor scores before he’s snubbed aside for someone else or a massive return to form.

While they say form is temporary and class is permanent, it must be said that de Kock should realise there are no permanent results in this format of the game owing to its rapidly changing vagaries.

Time’s running out and Mumbai need something special from such a high-class performer, don’t you think?

For a bowler who can upset the concentration of just about any batsman- mature, mighty or legendary- the IPL 2021 hasn’t quite seen the ebullient and wily Yuzvendra Chahal.

Expensive in the middle overs and lacking the bite he so possesses during the death overs, what viewers have commonly seen so far are the spirited dives toward the fence and in the outfield by Chahal, not the magic with the ball as such.

Going wicketless in three out of four games for his celebrated RCB exacerbate the fact that Chahal is out of form in the IPL 2021.

The best that the diminutive leggie has managed in what’s been a quiet stint thus far is his 2 for 34 against the KKR.

Time to return with big and early breakthroughs, Yuzi?

The world stood in pure admiration upon setting its sights for the first time on a promising youngster from Brian Lara-land: Nicholas Pooran.

It wasn’t just the high backlift but the flashy manner in which it would come down heavily on deliveries, regardless of the fact whether those were testing or easy to contend.

Pooran, truth be told, is hot property in the T20 circuit around the world and is primed to be a future Caribbean great; just that, at present, he hardly looks the part of the infinite promise his glowing batting suggests.

How on earth is he registering golden and repetitive ducks in a format he so prefers is something no Sherlock in the Baker Street or any of the world’s daring investigators can answer.

What’s horrendously pitiable is the fact that Pooran’s not even made a combined score of 10 nor has he batted for even as many deliveries despite featuring in all of Punjab’s games thus far.

Last season, Pooran made glowing headlines for his stunning acrobats down in the outfield as he took a scorcher of a catch, but this time around the real catch is the constant gaffe in his batting.

Should his outfit drop him for a few games or reshuffle his batting position- thankfully, not everything can be answered by self-proclaimed fantasy-gaming obsessed pundits since some decisions warrant close scrutiny by the team itself.

If there was ever a headline that were to capture the woeful form the English white-ball captain Eoin Morgan has been carrying in this tournament, then perhaps it would read something like this-

An otherwise calm and collected batsman who habitually makes light work of bowlers- irrespective of whether it’s spin or pace- the Eoin Morgan one’s come to see so far resembles a wax statue- immovable and lifeless.

And just how’s that?

With four single-digit scores, including a complex run out for naught against the Royals, that 7 versus CSK, another 7 versus Mumbai and a paltry 2 against the Sunrisers clearly suggests that Eoin Morgan is horribly out of form in the IPL 2021.

And what he so desperately needs is time in the middle. So is that going to happen anytime soon captain?

The trouble with talent is never exuberance but often experience. Perhaps the same holds true for one of the most glowing blades out there- Shubman Gill.

Frankly speaking, Gill’s circumspect technique isn’t the only worrying factor where this IPL serves an example; part of the bigger problem lies in him sticking around for longer, more durable periods of time.

That he’s lasted for no more than 66 deliveries- combining all five games he’s been a part of- underlines the struggle for an otherwise young daring batsman who took the Australian attack to the sword the last winter and that too, Down Under.

Surely, with a highest score of 33 and a golden duck against the CSK, it can be seen that Shubman Gill is easily out of form in the IPL 2021 and must return with greater contributions.

Though, to his credit, KKR mentor David Hussey has affirmed faith in the right-hander’s abilities stating in no uncertain terms that the whole camp is raring for Gill’s return to form. 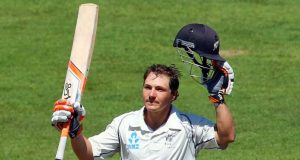 A Tribute To BJ Watling- A String That Connects Chords

Abhishek Srivastava - November 28, 2019
1
When Tom Hanks got acclaim for his war drama Saving Private Ryan there was little mention of Janusz Kamiński, the man who had put...