In each of these years stars like Virat Kohli and AB de Villiers scored way less.

Did you know? Does anyone care?

In a format where big hitting and muscling the bowlers is the order of the day, something that comes naturally and perhaps easy to tall, muscular blokes- think Gayle all throughout the IPL, think Pollard the last evening- David Warner commands anything but a mammoth size.

Yet, he’s been up there among the IPL greats.

What do you put it down to?

David Warner lacks in none. What’s your counter-argument?

Though this year around, things haven’t quite gone right.

Take his batting on the whole, we shall come to the captaincy later.

From 6 games so far, he’s just made 193 runs. These are underwhelming returns for a batsman described as a pocket dynamic and a firecracker in midst of the pitch.

Make no mistake though that he did get starts- 36 against Mumbai, 37 against Punjab. Moreover, he even struck two fifties.

Every time he’s scored runs, he’s only ever been outscored by either Bairstow or Manish Pandey.

Is that not a captain contributing?

Yet, none remember that.

What won’t even matter is when he accepted full responsibility for the loss against CSK.

It’s easy to lavish praise in front of the big mic when things go your way, but difficult to isolate yourself from the group, taking the blame on your own shoulders.

Even in that game, it wasn’t that David Warner wasn’t found trying.

There are days when you easily seize up the ground, send the balls flying out. And then there are some where even your best shots fail to find the gaps with fielders bulldozing your intentions.

But where does Warner find himself right now?

He was, as reports suggest, sidelined when he questioned the omission of Manish Pandey in a key game. Which other batsman- truth be told- has been seen scoring for Hyderabad if it’s not for Barstow or David Warner himself?

That he might be volunteered to resign as captain- and the Sunrisers are the bottom dwellers at this point is not Einstein-esque discovery- will be rubbing salt on the wounds of a leader who’s taken pride in leading the team from the front.

Kane Williamson, the darling of the cricket world, will have a real task up his hands. He’s to revive the Sunrisers in a way you fire up a Formula 1 car that’s in the rearend of the field to the top of the grid with just a few laps remaining.

But truth be told, even a man as gifted as the Kiwi would have wanted Warner’s full-on bludgeoning contribution on his side. In the team. Not outside, watching the proceedings with tons of sadness up his sleeve.

What’s worst for David Warner? His country hasn’t made any automatic plans for the return of participating Aussies.

He, along with the likes of Coulter-Nile, Cummins, Smith will have to fend for themselves.

This is when they’ve volunteered to take the risk of facing the brunt of a country so viciously infected by the virus, leaving their families behind.

Only so they can entertain and entertain.

You’d be anyone honestly right now but not a David Warner down in spirits. 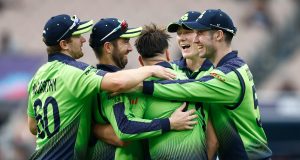