2005 was an eventful year for World Cricket. A lot happened back then that remains, to this day, unmistakably unforgettable.

It was a year where Bangladesh, for the first time ever, delivered a shocker in beating Australia at a Cardiff-bound ODI. Who can possibly forget Mohammad Ashraful, now a postcard of yesterday, but the man of that rare moment?

It was a year that brought together numerable stars to lock horns in a battle where Cricket wasn’t the only winner; for the battle at MCG yielded much-needed charitable efforts toward bringing relief to countless affected by the Tsunami.

It was also a year where Ricky Ponting enjoyed a hegemonic superiority over world’s best bowlers, thudding- not scoring- 1191 ODI runs.

Though, truly speaking, if a single picture could capture the soul of 2005, then it would be Ashes hero Flintoff consoling a dejected Brett Lee in the wake of Australia’s Second Test loss at Edgbaston. A true hero’s gesture where the vanquished isn’t looked down upon, but revered with chivalry.

Though all said, 2005 wasn’t just a bright year for West Indian cricket. It was to be a year of notoriety were their widely-debated sponsorship row saw players on protest and nearly daggers drawn with their own board.

Moreover, for a team that appeared to be missing its evergreen heroes Walsh and Ambrose ever so much during a period of harrowing decline, 2005 dented a further damning blow to the once mighty unit.

Of the 11 Tests that West Indies played that year, they were able to draw just two, while losing eight. Almost a school-goer’s report card like performance where there aren’t straight A’s but horrendous F’s!

The only Test, however, that they were able to win, thus avoiding hitting rock bottom, came at the back of a certain Shivnarine Chanderpaul, not Brian Charles Lara.

And while Lara starred with his customary flair, hitting a wham-bam 130 in the first inning at better than a run-a-ball, the inning that proved to be the differentiator came from the willow of the gritty Shivnarine Chanderpaul.

Chanderpaul’s valiance that came to fore on this very date, sixteen years ago, deserves a mention not only because he fired a century and that too as a captain, he struck an unbeaten 153 at the back of a first-inning 92.

Yet, there’s a feeling that little is spared to acknowledge, forget appreciate, the West Indian genius who placed focus and high powers of concentration on a higher pedestal than style or flair.

Moreover, that Chanderpaul’s effort deserves appreciation is highlighted by the fact that he wasn’t facing a Pakistan packed by cricketing neophytes trying to find their footing in the game; there was Afridi and Kaneria, Razzaq and newbie Shabbir Ahmed.

After a torrid period of struggle in Tests, where Lara was no longer the captain, the team having been smashed everywhere it played, a lot was riding on the Guyanese workhorse. But he seemed ever prepared, contributing in the first inning through a patient 92 after a top-order collapse, though one featuring Gayle and Sarwan misfired.

He lent quintessential dignified support to the hero of West Indian batting Brian Lara in stitching an honourable 169-run stand for the fourth wicket, having once again applied a healing balm-like touch to a troubled batting order that appeared ever so fractured.

And when the Prince departed, Chanderpaul stayed on holding an end battling along with Wavell Hinds, then with Courtney Browne, and finally with Darren Powell.

For someone who arrived in the fifteenth over and walked back only in the eightieth, Chanderpaul was all focus and grind in his maiden assignment as Test captain.

But as West Indies, who posted a healthy 345, would have liked to enforce a follow-on after a Fidel Edwards-special resulted in breaking the back of the Pakistan line-up, Chanderpaul took a different route; West Indies batted again on Day 2.

And implicit in Shiv Chanderpaul’s Barbados heroics is how much he applied himself as the likes of Smith, Sarwan and Browne failed yet again, with only Gayle managing a fifty and Lara a flamboyant cameo courtesy his 48.

At all these times in the second inning where West Indies slipped from a 3 for 65 to 4 for 137 with the Trinidadian back in the dressing room, one reckons the thought that he didn’t enforce a follow-on and decided to bat again may have hovered over Chanderpaul’s head like an invisible sword.

Was that the right thing to do?

Not that Afridi, Ahmed, Kaneria would agree as Chanderpaul, who arrived on Day 3 and did much of the bulwark of scoring even until Day 4 eliminated all hopes Pakistan had of recovering.

Implicit in what was his 14th Test hundred was the fact that where others failed to pierce gaps and convert probing spells bowling into run-scoring opportunities, Chanderpaul did it all with diligence and a sense of responsibility.

Particularly harsh on Kaneria, whom he hit for a towering six, perhaps one of the finest strikes of his for half a dozen, he remained quiet against the likes of Afridi whilst getting into an attack mode against Razzaq.

One reckons had Sir Gavaskar been behind the mic, the cover drives he hit against Abdul Razzaq doing no more than just guiding the red ball whilst using the pace of the bowler would have prompted the little master to say- “any youngster watching, that’s the way to carve the cover drive.”

An inning that elicited the perfect ‘sweat-it-out-until-you-break-the-bowler‘ approach of a batsman who loved to bat for long periods saw Chanderpaul raise his bat on Day 4 after having composed useful stands with Hinds and Powell again.

But it wasn’t before he had compelled Younis Khan to change the field several times in a bid to break his concentration.

A third slip would move into a gully, mid on would roll back toward long-on, whilst there were fielders in the short catching positions, but all in vain as all Chanderpaul did was to show the red ball the dead defense of the Grey Nicholls that was so accustomed at saving the day for his West Indies.

However, what marked the true essence of the humble batsman’s effort was that while each of Pakistan’s bowlers picked up a wicket, Afridi three on his own, none were able to get the better of the man who exemplifies the meaning of patience at the highest annals of the game.

And yet, that Chanderpaul carried his bat until the end wasn’t the only highlight of his effort, an effort that culminated in 153 of West Indies’ 371 runs. But the very fact that the left-hander spent 358 minutes at the middle underlined a knock whose greatest achievement was patience against odds.

While an unusually brilliant fifer from Gayle would help Windies win the opening Test (of 2) comfortably, imagine what might have happened had Shivnarine Chanderpaul of Unity Village in Guyana not stayed on for 254 deliveries when it most mattered for his side?

Perhaps what’s sad is that not only did the cricketing media fail to celebrate a true captain’s effort despite Chanderpaul conjuring 245 runs from Bridgetown while it so often offered garlands of adulation for every fifty the Prince of Trinidad struck displaying usual flamboyance, it didn’t appear to many that the only Test century that the Guyanese hit against Pakistan in his glowing Test career brought his team a win.

The only it embraced in a year where West Indies Test cricket hit its lowest ebb in a long time.

Chanderpaul for a decade and a half starred like the bread-earner of a house whose timely and useful contributions were noted albeit never celebrated with the grandeur they deserved.

He’d from the onset of 2005, fire 16 more centuries. And yet when it seemed he could continue for a season or two, he was shown the door at the back of a series failure against England, 2015.

The fan may sometimes wonder, whose loss was it anyway- Shiv, the selfless grafter of runs or that of his very team? 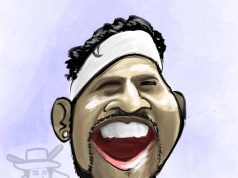 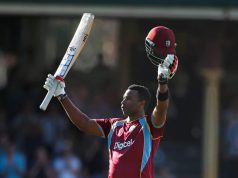 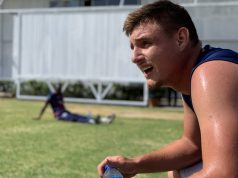 Joshua Da Silva- A Whiff Of Hope For The West Indies To Regain Respect And Solidity! 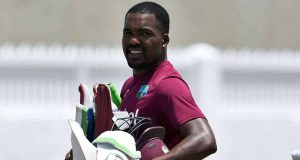 Darren Bravo- Is He Truly Back Yet?

Sameer Allana - February 17, 2019
0
Darren Bravo, the name has been missing for quite long in the Windies cricketing circles. The left hander's batting style has often been reminiscent...