Don’t be deceived by what’s written on an article’s featured image. This one had something missing. Let me fill it for you- “The West Indies won the toss, chose to bat and decided not to apply themselves.”

Not because Darren Sammy was about to launch a new perfume next doors in a salubrious perfumerie that got the team really distracted.

Also not because Tom Hanks is born in July, but just that it’s easy to surrender and difficult to apply; apply oneself when that is pretty much the basic one ought to do in a Test match.

But to last for an entire day’s play takes some real effort although this was a team that was bundled out in 40 overs.

Though, in the green room there occurred an important team meeting with 7 batsmen complaining of hideous pain. Blackwood was confused. Brathwaite was alarmed.

Suddenly entered coach Simmons sensing something rather strange had happened and had to be taken care of. So he decided in the mid-inning break to send his prominent batsmen- none of whom average 40 with the bat- to the nearest hospital.

And within 20 minutes of examination, the doctors had the verdict.

It was found that the West Indies batsmen lacked spine.

Surely, we knew they naturally lacked will barring Jason Holder whose 20 was a fifth of the team’s runs, but lacking spine was no good news.

Announce national holidays until Xmas for a the bravado show with the bat?

Naa, one can’t get too celebratory even in moments of outstanding achievement or be too self effacing- isn’t it?

97 were bloody good runs for a Test match, just three shy of a century.

So what if Shai Hope didn’t score as many in a single inning in as many as last three years?

So what if the vice-captain of the side made a handsome contribution to the total, contributing a solitary run?

We all suck at times, don’t we?

Sad that the Windies couldn’t deploy the services of Wonder Woman to bail them out despite this being an age promoting women.

But the boys continued, albeit pain, and took to the field as Kemar Roach got an early wicket.

Truth is, in nearly every Caribbean household the kids are reminded- no jokes- about the remarkable legacy the forefathers of West Indies cricket helped create.

The Learie Constantine’. The 3 Ws. Sir Headley. The Wes Halls’. The Sobers’. The Holdings’. The Walshs’ and Ambrose’. And Sir Viv, Lara and Chanderpaul.

The Caribbean has given more to world cricket than Al Qaeda’s contribution to the horrors of terrorism.

Although, with the hosts bundled out right after lunch despite playing in conditions they were as familiar with as is Boris Johnson about a lack of hairstyle, the average Windies fan would be kicking himself.

Imagine all we could’ve done had we not been in front of live action?

This beautiful world has far more pleasures to offer than witnessing the death of batting by sheer naked eye.

As a huge fan of Narendra Modi- I’d have slept myself watching the re telecast of his speech promising India to be a 5 trillion economy.

I could’ve taken a chance at developing a heart problem watching Jack Ma dance on a Michael Jackson number, which actually did happen.

Else, I could’ve whiled away my time trying to copy what Hardik Pandya calls dance moves whilst he wears shorts that luckily haven’t yet become thongs.

You could’ve watched Greta Thunberg scolding the world for the millionth time.

Back home, the West Indian fan would simply have revisited some Courtney Walsh trivia – just how many times was he out for a duck, wondering whether Nicholas Pooran can equal the great Jamaican’s record?

Yet, all we did was to stick to the team we still feel will find a way out of the hole of misery it has dug for itself.

Deciding not to pick Darren Bravo, overlook Kieran Powell and even Alzarri, who can often put on a whack with the bat, they persisted with a team that batted like mules not able horses ready to run the long race course.

Perhaps never a better time to play in full volume what the great Bob Marley sang decades before – “Get up stand up, don’t give up the fight.”

But seeing the horror show that was West Indies batting on June 10- it’s scary to entertain these thoughts. I won’t mind if Gabriel broke my teeth or two or if Cornwall found a way to sit on my face. 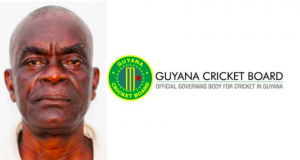