The masons have laid the foundation before it got dark. Their colleagues are now building on where they had left.

The final of the inaugural World Test Championship got underway on Day 2 under lights and dark clouds. Skipper Virat Kohli said had he won the toss, he would have bowled. New Zealand, looking at the conditions, asked India to bat. The conditions suited their bowling for it looked so New Zealand-like. And when they bowled, they were all over the place. It seemed they had no clear plan. They hardly asked questions to the openers.

The Kiwi bowlers swung the ball both ways. But from different spots, different lines and different lengths. They appealed half-heartedly a few times. Burnt a DRS option. Used all five pacers in the first session. And when they walked off the field to have lunch, they had already sent the openers back in the shed. After the end of the first session, the score stood at 69 for 2.

The first session summed up why these two teams are the finalists. Just when it looked like the batting team was in the driver’s seat, the fielding team managed to control the car.

Sharma and Gill (Indian team as well) donned a black armband in memory of the Flying Sikh Milkha Singh who passed away yesterday. By running a three, the pair opened India’s account. Both had to run many twos and threes because of the heavy outfield.

Attempts were made to trouble them by bowling short, changing angles and using crease but in vain. They left that was to be left and to those that were not be left, they left no stone unturned to take the shine off the ball.

The rhythmic drumming only got louder when Gill pulled Trent Boult in front of square for four. While the dhols and cymbals resonated the ground, the batsmen used their feet beautifully. Gill would walk out of the crease to negate the movement, turn it into a half-volley and then execute his shot. While Rohit would react once the ball came near him. His two back foot punches have looked the most gorgeous strokes after Test cricket’s resumption this year.

Gill again repeated the pull but this time to Kyle Jamieson. Quick on the feet and whack! The 6 feet 8-inch bowler showed why it was dangerous to walk towards the ball before it was delivered. Soon, a rising ball hit the grill of the 21-year-old. He then mostly played from where he stood.

Jamieson mixed inswingers and outswingers and bowled full, on the other hand,  Grandhomme, with his short run-up bowled accurate outswingers, beating the batsmen regularly. They managed to put brakes on the run flow. They succeeded.

The Kiwis got the first breakthrough. To an away going ball off Jamieson, half-committed Sharma put his bat in the front. The ball brushed the outside edge of his dangling bat and flew to Tim Southee who diving full to right grabbed it with both hands. India 62-1, Sharma out on 34 (68).

Four overs later, Gill kicked another away going delivery off Neil Wagner to B.J. Watling. At a score of 63, the openers had perished.

They did their job. They saw the dark red Dukes become old. They had set the stage.

Though bad light has engulfed the Ageas Bowl, the Kiwis would be staring at one thing: the footmarks on the pitch! 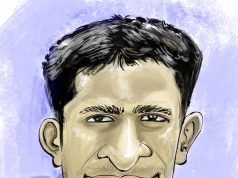 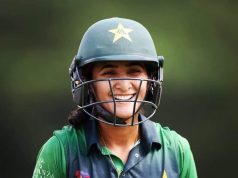 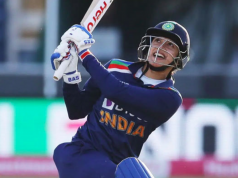 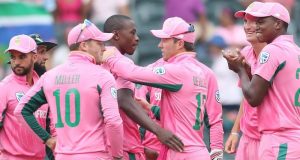 Proteas in Pink: the invincibles

Pranay Rangra - February 11, 2018
0
Play in Pink. Conquer. Repeat. This is the mantra that has held South Africa in good stead for last 6 years with the bull ring...