Something really stood out from Rahul Dravid’s retirement speech, addressed on March 9, 2012, to a packed gathering that was stunned in silence for India’s dependable bat had called time on his career. Dravid said something that though carries tremendous value, isn’t necessarily valued in front of a cricketer’s records and burgeoning statistics.

“No dream is ever chased alone,” said The Wall of Cricket as he iterated that success in the sport isn’t just a result of the runs produced by your bat; but a result of the tireless efforts of those lives that play a quiet and vital hand in pushing you to gather all your achievements, and yet go uncelebrated.

Nearly a decade after one of Cricket’s most respected personalities highlighted the role played by coaches and support staff, media personalities and even pitch curators in a cricketer’s life, Dravid’s words remind us of the value of those faces that don’t become celebrated mugshots whether in news headlines, cricketing reports or stellar salutations.

One such face, miles away from Dravid‘s India belongs to Goolam Rajah, the one who did his fair bit to ignite the Protea fire. And he did so for no fewer than twenty years as the manager of the Proteas men’s team.

The man who is no more with us. The man who was looked upto as a fatherly figure by cricketers who weren’t just ‘managed’ by him; but extended warmth and support one rarely finds away from a familial setting.

In Goolam Rajah, who passed away due to COVID-19 complications, the Proteas had a thorough gentleman who placed responsibility for his players at the highest-possible pedestal.

A facet that’s considered a tedious job-related duty to most, but something that the 74-year-old cherished and performed dutifully, as if the famous cricketing team wasn’t a collection of cricketing heavyweights, but members of his own family.

Arguably, Doornfontein’s (inner city suburb of Jo’burg) greatest export to Cricket South Africa, it is hard to say what was most applaud-worthy quality about the soft-speaking South African.

Was it his longevity, the fact that he oversaw the management of the team starting from November 1992 until his retirement in 2011? Or was it that nearly every time South Africans turned up in the dressing room- whether in the aftermath of a victory or having suffered a defeat Goolam Rajah was the same man, in harmony with himself, his sense of peace and equanimity permeating an aura of comfort to an outfit known for playing high-octane brand of cricket.

A man whose soft spoken mannerisms and carefully-knitted words provided warmth and an almost soothing balm effect for a team whose talents braved long vigils and soldiered on to uphold the bastion of excellence that’s South African cricket.

Whether one calls it twenty years or two decades, fact is, Goolam Rajah was the man in whose faithful hands, the South African team was placed for the long run. A team that blossomed around a man who was looked upto as a unifying character of an outfit composed of colorful characters; lively, loud, ultra-competitive.

An organisation made of true characters that needed a close mentor-like figure who every small need, and constantly so, for weeks, months, years together found in Goolam Rajah, a man of jovial nature and avuncular presence.

Though it mustn’t be forgotten that to make a living out of cricket was no easy task for a man whose life was eventually defined by it, having successfully managed that very team in international cricket, which during its heydays was respected and feared in equal measure.

In an interview about his journey given to a broadcaster in South Africa, Goolam Rajah revealed, “In those days, you simply couldn’t base your life on Cricket. Not with the colour of skin I have.”

After working quite a few stints as a pharmacist, often with a salary component that was vastly degrading to what a man of his exceptional academic orientation deserved, Mr. Rajah persisted, having desired all this time to have something to do with Cricket.

A simpleton, a man who’d swear by Allah nearly every passing statement, Goolam Rajah credited his inception into Cricket South Africa all thanks to a divine intervention created by god almighty himself.

Something made possible by a benevolent act of god when none other than the great Ali Bacher himself turned up at his pharmacy, convincing the very man who’ once dreamt of becoming a cricketer to agree to manage the South African cricket team.

To a man who, who played soccer and cricket every single day at school and upon returning from it, there was no saying ‘no’ as an answer.

And from there began a journey that would ultimately oversee one of the most revered Cricketing outfits in the game for a period of no fewer than 179 Tests, 444 ODIs, and 40 T20Is.

In a team composed of trailblazers like Kallis, Pollock, and Donald, whose resumes were punctuated by mind-boggling stats, Goolam Rajah’s own numbers warrant nothing less than worldwide appreciation.

What also underlined one of the finest gentlemen to be ever associated with Cricket South Africa was his dealings with the press. Never someone who’d be rude to media persons nor someone who’d try to throw an unwanted inlet into his players’ private lives, the man with a gentle smile safeguarded his players, as the great Telford Vice shared in his tribute.

What we must come to understand is that, at the end of the day, Cricket, apart from being a sport, provides a platform to build relationships, foster alliances and generate the single most valuable trait that constitutes the most important virtue in life- trust.

Perhaps this is why, the man under whose charge, an army of South African talents had to only focus on the matters of the field, never once having to bother about anything else has attracted a bevy of tributes.

Salutations from Pollock, Faf, Jonty and others with everyone expressing enormous sadness about a life that was meaningful, purpose-driven and second to none in its command of a team we cannot imagine the conception of cricket without. 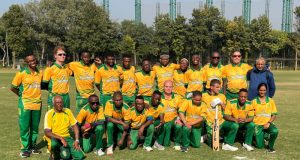 Why 2022 Will Also Always Be Special For Blind Cricket South...