They say, in cricket much like any sport, while form is temporary, class is permanent.

For me, this most certainly stands true in the pinnacle of the game, the five-day format.

Having said this, in limited overs, particularly T20, the fastest playing and growing format of cricket on which much of the world feeds akin to junk food for some, is there really a word like class?

Imagine having a burger vs a five course meal. Would you find class in the former?

Well, if the answer is yes then the classiest burger in junk food akin to T20 cricket has to be David Miller, the man who epitomises this format being the fastest centurion in international cricket.

Yes, the man from Pietermaritzburg literally decimated Bangladesh en route to achieving this envious feat almost four years to date with soaring to 100 of just 35 balls.

You read that right, just 35 balls!

The knock was surely as mesmerising as they come, with the Bangla bowers being clobbered to all corners of the scenic Senwes Park at Potchefstroom as South Africa mounted a mammoth 224 for 4.

Obviously, Bangladesh had little to offer in the chase as they were skittled out for a paltry 141.

The reason I say obviously is with no lack of respect to Bangladesh albeit with much credit to the Proteas as at that point they still were one of the most formidable forces in world cricket.

Speaking of formidable, so was David Miller right up to the outbound Pakistan tour in the beginning of this year, having pilled scores of 25 in the second T20 and more importantly 85 of just 45 balls in the third and the decider.

So crucial was his knock in the decider as South Africa were reeling at 48 for 6, before this destructive southpaw resurrected their innings to mount a formidable 185 albeit in a losing cause which for me was the teams’ collective undoing rather than an individual slip-up.

Well, this was the last time one would see an innings of some metal from Miller in the shortest format internationally, albeit he still managed a fifty (50) in the First ODI of the return leg against Pakistan before heading to the IPL.

The ongoing West Indies series has seen David, the Dasher do anything but dash bowlers with scores of 9, 11, 2 and most recently 12 in the game last night as the series stands at a mouth-watering two apiece with one decider left.

This despite his last excursion in a T20 club match yielding a match winning 73 for Peshawar Zalmi as they beat Quetta Gladiators by a whopping 61 runs.

So low has this good-looking cricketer been on confidence that even his catching has suffered, with two crucial drops last night.

Truth be told, the last time one saw Miller drop a catch was when the Berlin wall was still intact!

I am sure you get the picture.

Which brings me to the question that serves as the title of the piece – Has Miller Time Diluted Off-Late?

The answer for me as a staunch Protea supporter and a Miller fan is an unfortunate yes!

David Miller in the last four T20 internationals has looked completely out of sorts.

In his defence one can argue that in the current series, he has batted really low in three of the four T20s, at four-down and surely has to bat up as he needs more time to settle in before engaging in fifth gear of being at his destructive best.

Well, I certainly agree and this is doable with captain Bavuma and coach Boucher having to make some tweaks to the batting order to best use their most capped T20 batter.

Truth be told for me this only seems like a surface level problem with the deeper crater being his mind and body language struggle, especially in this series.

As mentioned earlier, the element of confidence has been totally lacking with Miller as a result of which, the focus and intensity we associate with this southpaw has been all but missing. This could also be attributed to the mental exhaustion having played non-stop cricket this year with the IPL and PSL apart from the national assignments.

And when the most experienced Protea on the field is so lost, it hurts even more.

The possibilities to dissect David’s recent lack of form may be endless for every South African fan albeit only Killer Miller in truth knows where he stands. Having said this, am sure he has more than an insatiable desire to beat his demons and be back to a more familiar run scoring domain in the upcoming all to play for decider.

I much like other Protea supporters can only hope this does happen before South Africa end up on the wrong side of another T20 series excursion! And what could be worst still would be to see an out-of-form Miller, lacking all the killer instincts take the flight to the mother of all T20 battles- the world cup. 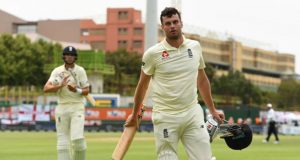 From Pope to Pretorius – Hopes and Heartbreaks Galore In Proteas...

Abhishek Srivastava - January 29, 2020
0
The Basil De’ Olivera trophy didn't see South Africa being whitewashed. But as a fan in the Rainbow Nation, did the thought occur to...