Cricket and spirituality do seem to have a connect. And not because in India, we worship a ‘God’ in the form of Sachin Ramesh Tendulkar. Not even because in far-reaching destinations that today practice Cricket- and with rich aplomb- such as France or Indonesia, Indian idols like Ganesha are widely known.

There’s something more than Cricket tending to always finding a way to anoint its devoted practitioners with nicknames that stand out.

Possibly, it’s because some nicknames specifically stand true to define the person behind the personality.

For instance, today when you call Dravid a Wall, you no longer refer to his attractive defensive technique, but you relish the fact that even today, he’s standing like a Wall to shape the future of countless youngsters.

Meg Lanning is called a Mega-Star not only for her awe-inspiring numbers, but because she’s leading a team responsible for authoring the next big revolution in the women’s game through feats like an unbeaten streak of 22 consecutive ODI wins.

It encourages and inspires girls to take the bat when they could so conveniently have chosen to wield the kitchen knife.

Then there’s Katie Perkins, perhaps aptly called ‘Perky,’ for this humble and dedicated White Ferns talent is lively and ambitious, giving and exciting in equal measure.

Someone you’ll always sport with a smile and a touch of brightness as if it was spiritually woven in her character to negate any kind of negativity around.

What the world comes to admire about New Zealanders is that they do not mince words when they say they are passionate about Cricket.

They don’t wax lyrical about what cricket means to them, their efforts elevate the game to a pedestal of greatness and commitment.

Would anyone have cried a tear if a Pakistan or Bangladesh, England or even Sri Lanka would’ve lost the 2019 World Cup finals?

But you did get numb in the eye for New Zealand happen to be, more often than not, everyone’s second-favourite team.

Even today, you won’t spot a Kiwi singing a pop number to popularise himself. Nor would you see countlessly cringe-worthy Insta reels that reveal the private lives of any cricketer, whether male or female.

Act well the part for that’s where the glory lies, said the great Shakespeare. Something that truly makes sense when you refer it to a Kiwi.

January 26, 2020 might have been a usual day for the cricket fan, but for Katie Perkins- the bulwark of the White Ferns’ middle-order, frequent diver in the cricket field, determined run-maker- it was a day where she emerged a valiant figure.

As the White Ferns returned to action following an eleven-month break, they’d have wanted to smash the South Africans out of the park.

But the one person who helped them do a bit of smashing was Katie Perkins, whose 83-ball-78 came with a finger dislocated in one hand whilst she batted with a broken finger in another.

Not that the line-up she was up against was devoid of talent or brute aggression, yet this brave Kiwi stood firmly against one of the quickest bowlers in the women’s game in Shabnim Ismail, and faced the threat of one of the most accomplished all-rounders in the game in Marizanne Kapp.

In a line-up where even Devine, Kerr, and Priest failed to get going, the White Ferns’ most reliable #5 stood her ground to hit a career-best ODI score.

Though a sensational opening-stand between the fearless Lee and the majestic Wolvaardt took the game away from the Kiwis, one woman ensured that the Kiwis did more than put up a decent score on the board.

A technically proficient batter whose game is built less on big hits and concerns itself more on partnership-building and inning-repairing mould, Perkins’ batting seems to carry the spiritual construct of her personality.

And what’s truly Perky about Katie Perkins aren’t just her on-field heroics, amplified by four international fifties and nearly 1,700 international runs, or the fact that of the 128 times she’s come out to bat for the White Ferns, she’s emerged unbeaten on 29 separate occasions.

She’s a giving person, someone who puts her heart as much into raising awareness about much-needed social causes as she does whilst batting whilst facing the sternest of opponents, whether a Perry, Taylor, Goswami, Pandey, Baig or Ismail.

Every third of her social media post concerns with generating a much-needed voice for charitable acts and efforts that give back to the community. 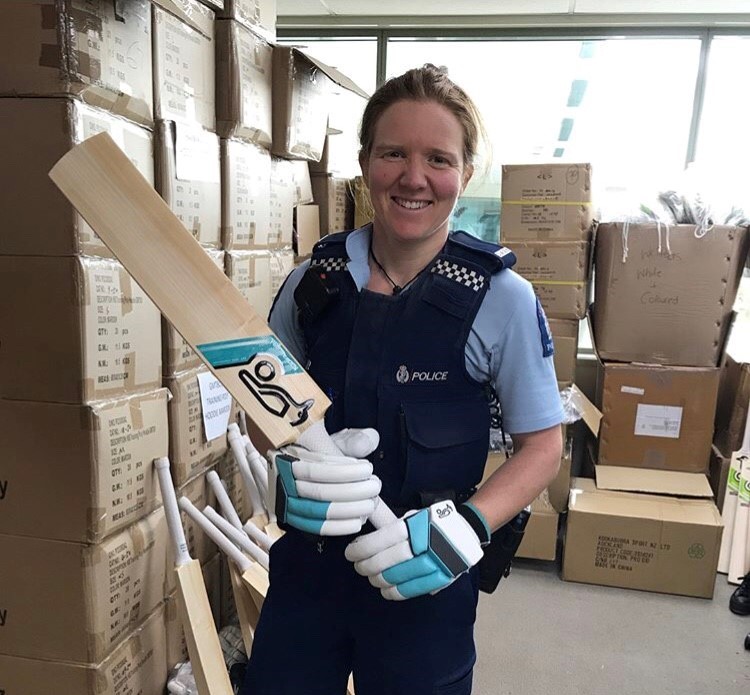 At a time where she could simply have focused on developing her game, opting to focus solely on the self, what frustrated her was the dearth of opportunities that Maori and Pacific athletes, whom she regarded ‘far more talented than her’ weren’t getting.

“They weren’t getting into the same rep teams that I was,” exclaimed a disappointed Aucklander, but one who was prepared to bat for a meaningful cause.

She would soon start generating awareness about cricket and the myriad opportunities it could provide particularly in those areas where talented athletes had little or no understanding of how to break into the sport, for instance, South Auckland, her own backyard.

Actively participating in community engagement programs that eventually helped her network would see Katie the giving individual with several opportunities to give back to the world that gave her a meaningful life, one of which led her to interact with the Pataka Kai movement, whose central aim is to cater to several social causes driven by resident-led, grass-root initiatives that can feed the hungry and generate funds collectively thinking of the neighbourhood as one big family.

In an age where countless starve to death and many simply have no access to proper food, redistributing food to the most vulnerable sections of the society is one of the most spiritual pathways to reach for the divine. Is it not?

To this day, having debuted back in 2012 and about to complete a decade of representing New Zealand with pride- albeit with no shenanigans- Katie Perkins collects funds to feed the lesser-privileged outside her house at Manurewa.

It almost seems that two parallel lives, one dedicated at serving the White Ferns in their battle for cricketing ascendency and the other to serve the society, exist in one single soul.

Had she not batted consistently in the 2019/2020 season, the Hallyburton Johnstone Shield would never have belonged to her Auckland Hearts (domestic team).

A season before- 2018-19- she averaged 73 with the bat for the Auckland Hearts in the ODIs and that same season, she batted against the Aussies at an average of 34.

Though her talent was evident from the word go. When called up for national duties, circa 2012, she scored a 31 on debut in the Rose Bowl games.

A fan of Virat Kohli, Perkins does boast of a feat that would make the ‘King Kohli’ himself proud.

Perhaps it’s a fact that she keeps tightly wrapped for glowing in self-admiration isn’t Katie Perkins. A testament to her glowing reflexes and amazing agility, Katie Perkins, when just 24, entered the Guinness Book of Records for catching 33 Tennis balls fired at her inside a minute.

They were hurled at Auckland’s greatest female cricketer at speeds of 100 kmph.

Yet to this day, there’s no proud showing off of the eye-popping feat on Facebook or wherever!

Though one of the finest moments for the brave batter came in 2015 against a Katherine Brunt, Rebecca Grundy, Laura Marsh-powered attack when batting at #7, Perkins fired 70 off 88 top-scoring again for a side featuring big names and sadly emerging on the wrong end of the result.

What the intrepid fan remembers well is that Shane Bond doubled up as a fierce cop, besides bowling back-breaking spells. Perhaps, it’s time to also give respect where its due; for a batter who scores whenever vital runs are needed by her side and also features for her Cornwall Cricket Club, Katie Perkins too happens to be a cop, going as far as being extended the 2019 Police Association Sportsperson of the Year award.

All of it, though, makes sense, truth be told.

For someone who’s given back to the society that gave her a chance to forge her own story, it’s only just and beautiful that one of New Zealand’s most giving and dutiful persons is policing too, in addition to proudly representing the White Ferns, one of cricket’s enigmas marked by a sense of purity and purpose. 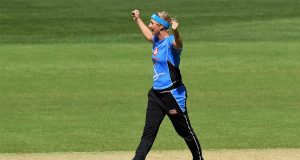