Test Cricket is a format that doesn’t ever tolerate mediocrity. The superstars of the shortest format of the game are often found struggling in the purest form of Cricket. Michael Bevan was a match winner for Australia in ODIs. His presence at the crease was enough to ensure a severe tussle to achieve any improbable target. But, all his skills seemed incongruous to the severe demands of Test Cricket. A drubbing at the hands of Australia in Australia and just the sight of a rampaging Mitchell Johnson in the 2013-14 Ashes was enough to expose Jonathan Trott’s mental woes.

Test Cricket is tough, there’s no way of any contradiction.

The mental fortitude required to succeed in Test Cricket is conspicuous of its absence in the case of many white ball specialist players. Additionally, the desire to lengthen one’s T20 franchise career makes one tread on the path of Test retirement as soon as one sees the opportunity.

This is not a unique proposition, right?

With no hefty T20 franchise contract in his kitty, how should one perceive Mahmadullah’s retirement?

Interestingly, Mahmudullah posted his highest Test score of 150 runs in his 50th Test Match against Zimbabwe in the only Test at Harare. His stellar knock rescued Bangladesh from a precarious position and helped them register an impressive victory. Strangely, he has been going through uncertain times in the Test format. He was called in as an emergency replacement and batted at an unusual position of number eight. The 35 year old himself had some raging doubts whether he was good enough at the Test Format especially after his ugly dismissals against Pakistan. But, all those doubts were put to rest as he played a characteristically obdurate knock in tough conditions.

Then came the bolt from the blue!

Mahmudullah informed his team mates about his decision of retirement from Test Cricket after the end of the third day’s play against Zimbabwe, which in itself is enough to raise quite a few eyebrows as one can hardly remember instances of players retiring in the middle of a Test match.

In a laudable move, BCB President Nazmul Hassan and Akram Khan, BCB Cricket operation Chairman had procured consents from the contracted players of participating in all the three formats of the game. Nazmul Hassan termed Mahmudullah’s decision ’emotional’ and also focussed on the negative impact that it would have on the other players.

It is intriguing to consider the entire scenario as no proper justification has been found about the entire conundrum. One hopes to find all answers and possibly a suitable solution would be found for the sake of Mahmudullah and Bangladesh as there would no greater tragedy than seeing a senior player like Mahmudullah retire especially when he is well capable of plying his trade for some more time.

Interestingly, during Bangladesh’s last tour of Zimbabwe in 2013, Mushfiqur Rahim announced his resignation as ODI captain but overturned his decision after returning to Bangladesh. Bangladeshi Cricket has never been fortunate to witness its legends retire gracefully. In fact, senior players like Javed Omar, Mohammad Rafique and Mashrafee Mortaza have all accused Bangladesh Cricket Board (BCB) of mistreating them.

Let’s hope that it is not a case of another fall out of a Bangladeshi senior player with the Cricket Board.

With some good young players coming through, the calming influence of Mahmudullah would be profitable for Bangladesh. 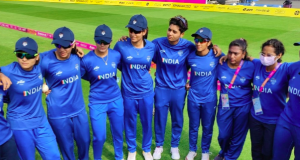 Saksham Chugh - December 15, 2022
0
We have all witnessed some spectacular super-overs. Have we not? This time, though, our women in blue took...