Chanida Sutthiruang’s rise to prominence in her Thailand women’s national cricket team is every bit as fascinating as the sight of finding women playing Cricket in a country otherwise known for being a tourist hub and for its devotion to Siddhartha Gautam Buddh.

In 2013, when much of the Cricket world was still coming to grips with the fact that there would be no Sachin Tendulkar in live action anymore, one young Thai fast bowler was helping her country shape its cricketing destiny.

In the much-followed and now, widely-respected ACC Women’s Championship campaign, a key building block of Thailand’s rise to the forefront of cricketing action, a young girl with a toothed smile made headlines.

Sparkling against the likes of China, Singapore, Kuwait, Qatar and Iran, a young Chanida Sutthiruang, a disciple of tight line and length emerged with eighteen (18) wickets, the most by any bowler in the Asian Cricket Championship.

Perhaps even unbeknownst to the leading lights then in the women’s game, Charlotte Edwards, Stafanie Taylor, Ellyse Perry, who may or may not have heard of this up and coming force from Thailand, the right-arm medium pacer was only whetting her appetite to score more success in the game she is currently excelling in.

Awarded the ICC Emerging Player of the year in 2019, for playing a definitive role in helping Thailand win the qualifiers for the T20 Women’s World Cup, Chanida Sutthiruang is someone who talks less, focuses more, and can, in a span of a day, bowl countless overs with one soul ambition- to disturb the timber.

2019 was, by far, the most significant year for the determined cricketer who shattered Scottish hopes, emerging with 12 wickets from just 5 games in the qualifiers.

Though it were teams like Namibia and Netherlands that would face the wrath of her disciplined medium pace bowling, Sutthiruang tearing away as two batting-heavy sides with figures like 4 for 16 and 3 for 5.

But the Thailand all-rounder burst on the scene in her teens, when she learnt the ropes of the game that is today her reason for existence by going through rigorous learning programs in various Thai cricket academies.

A lover of cats, a worshiper of Ellyse Perry, a poser for heartwarming innocent pictures, the cricketer with fire in her belly to enable Thailand compete with the best in the game, it appears, in very short span of time, Chanida Sutthiruang has come quite a way.

For more than last half a decade, the Thailand Women’s cricket team, who in 2020, played their maiden World T20, had been invested in one goal and one goal alone- to rise to a position of prominence wherein they could get to rub shoulders with the giants: India, England, Australia, South Africa, and the West Indies.

Today, when one looks back to analyse what and how Thailand made it, a team that has birthed precocious talents like Sornnarin Tippoch, you cannot not examine the contribution of Chanida Sutthiruang.

An agile athlete who constantly strives for excellence, that success would be the long-term result of her effort was evident early on, when during the 2017 Southeast Asian Games, Chanida Sutthiruang emerged as a key member of the team that went on to win a gold medal in the games.

Having already played 39 T20Is, from which she’s taken 43 wickets at an outstanding economy of 3.9, Chanida has a stellar achievement that not even the best names in the business can boast about, whether you talk of a Poonam Yadav, Nida Dar, the iconic Sana Mir, the powerful Sophie Devine or even the wily foxy turner of the ball, Sophie Ecclestone.

On January 15, 2019, well before Thailand women had tasted the divine success of contesting in one of Cricket’s grandest stage- the T20 World Cup, Chanida Sutthiruang sliced an Indonesian line-up in two parts with a career-best figures of 5 for 4.

Of her full spell of four overs, all she conceded were four runs, hence emerging with an economy of 1 per over.

Unbearable and unplayable to an Indonesia where no single batter managed to enter a double-digit score, the Thailand Women’s T20 smash encounter was primarily Indonesia versus Chanida Sutthiruang.

Over the last three years, the seamer who can easily reach up to a 115-118 kmph mark has added more dismissive strengths in her craft.

She can bowl the slower one with nearabout the same perfect as a Dwayne Bravo and has a fast-pitched shorter length delivery that’s hard to score of.

Want more info on a cricketer you don’t read about everyday?

From the period of 2018 to 2020, wherein Chanida Sutthiruang bowled as many as 113 overs in T20 international cricket, she only went on to concede 444 runs, maintaining a bowling average of 10.

Read that again and you’d know that in T20I cricket, that favours a wham-bam ‘hit-it-hard’ approach, these are golden returns for a team you’d currently consider worthy of being given a Bronze medal since we reserve gold and golden felicitations for the giants, specifically the trinity of Australia, England, and India. No?

During such time, Chanida Sutthiruang created a world record of bowling no fewer than 10 maiden overs (from 39 contests), ensuring her economy would not touch even the 4 an over mark.

To a team one doesn’t read lengthy tributes about nor does one bump into wordy celebrations, if that is not something to be proud of, then one wonders, what is?

Having already picked up a fifer, as well as a four-for, despite having not played even fifty T20Is, it’s the white-ball that remains a lethal weapon for the Glenn McGrath of Thailand women’s side.

So much has already happened in a young career and so much is yet to happen, but as the ever-smiling apostle of simplicity turns 28, with her best years hopefully in front of her, we can only imagine that more and more records will come Thailand’s way if its finest exponent of speed continues to compete with unrelenting consistency. 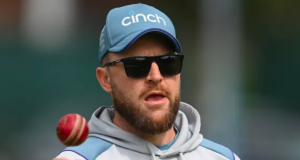 ‘Bazball’ is Exciting. But Does It Have A Future?