As suggested above, this has got nothing to do with the batsman loyal to Test cricket and someone on whose shoulders rests the key responsibility to usher the next generation of Indian cricket.

Ever since he stepped into the Indian side, Mayank Agarwal has impressed more than he has depressed the fan. Remember, we are talking about someone, who as a newcomer, scored seventy-six (76) in his maiden outing in Test cricket.

In a series where Pujara dominated the headlines for a brilliant display of 521 runs, circa 2018, a little-known newcomer, who was tasked to open for India ended up with scores of 76, 42, and 77.

By that count, that Mayank Agarwal- as technically correct as he’s aware of where his off stump stands- isn’t going to feature in the forthcoming Trent Bridge game is bad news.

After all, you don’t want to see a bright and reliable marksman with the bat sitting out, someone with an average north of fifty-nine (59) in two of his four Test playing years.

This is when, the right-hander didn’t take that long to big in Test cricket, compiling 750 plus runs in 2019, just his second year in the highest stage of the game, wherein he averaged a very Steve Smith-like and Michael Bevan-like average of 68.

What sucks even more is that the reason for Mayank Agarwal’s non participation on the game that begins August 4 is one of his own: Mohammad Siraj.

Apparently, unable to come to terms with a nasty bouncer- as it’s being described- Agarwal was felled by a sharply rising delivery that led to a concussion.

The good news is- he’s stable and currently under supervision. The bad news is- India is still missing out on a man who is yet to wield the blade against the English attack, one that’ll be minus the prominent presence of Ben Stokes.

Would Mayank Agarwal, who may have opened alongside Rohit Sharma been able to negotiate the early pressure enforced by the likes of Broad and Anderson, Wood and Woakes is now a baseless question.

One doesn’t even know how soon might he return to the squad. Can it be as early as the next Test? Time will tell.

But what we know and quite thoroughly so, is the fact that the Bangalore-based batsman’s absence might not be all that terrible a news, even if one that’s painful.

One doesn’t need to possess the intellect of a Geoff Boycott or Harsha Bhogale or the nuance of a Gideon Haigh to get the point.

The team, even as one that lost to New Zealand in away conditions, still boasts of batsmen who are as reliable as Mayank Agarwal would hope to be some day.

In Kohli, Pujara, Rahane, the trinity of Indian Test cricket has no fewer than 18,300 plus runs. This includes 57 centuries in cricket’s most testing formats.

For argument sake and one can’t turn a blind eye to this one, Pujara doesn’t look half as solid as the batsman he was back in 2018 Down Under, where he won India a series producing runs that dwarfed Kohli’s presence.

Though, even then are you willing to undermine a batsman whose middle name is patience and one who doesn’t buckle under pressure, having already faced north of 14,000 Test deliveries?

In Kohli, a batsman who’s aware of the big-match situation and perhaps the inkling to attack even more since Stokes is no longer around- as of now- you have one of the world’s best batsman, if not the greatest.

In Ajinkya Rahane you have a mellow warrior, who’s more than a makeshift captain and someone who, through efforts like, the 195-ball-century at the Boxing Day Test kept Australia at bay and proved his mettle in Kohli’s absence.

With this trio and the flair and firepower of Pant and Rohit, where does India find itself a weak opponent in Agarwal’s absence, with all due respect?

Wherever there’ll be cricket, there’ll be injuries. It’s a sticky connection, a bond unlike the most romantic of tales, full of friction but devoid of love.

It’s just the way it is.

While it hurts to see Mayank Agarwal watching the action from the sidelines, what doesn’t is the understanding that it’s a long tour and his chance will come.

One thing, though, would be ideal and it’s that- may it happen earlier than expected. 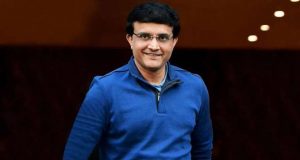