How about beginning with an easy question? So when was the last time you did something truly needless? In fact, let’s resort to the word we Indians use more commonly than the bathroom- ‘random!’

Like did you randomly shop for a perfume you didn’t need, a pair of shoes when you already had many?

Must have done that. Happens often.

Now, how about a question to the cricket journalists in India, the largest country by virtue of the cricket-viewing public, a nation that actually treats cricketers like demigods.

When was the last time you wrote an article on the sport just for the heck of it?

Allow me to rephrase it.

How often do you write ‘journalistic pieces,’ which according to you seems journalism but, to many, may seem an attempt at deliberately filling spaces and columns?

Kohli and Anushka partied at this lounge last night. Kuldeep and Chahal danced to that R&B number in their TikTok video. Hardik Pandya bought his super roadster.

Chances are, if you are a cricket journalist who excels in the above, then I fold my hands and apologise to you. Kindly go back to doing whatever important it is that you were previously doing. I’m sorry to have wasted your time.

How can I compensate you? Umm, how about I write an article on your behalf as to why Ishant Sharma and Chris Tremlett can replace Kane and The Undertaker in WWE?

But if you are someone who cares to look at Cricket, discarding stuff being published in the name of Cricket journalism, I pat your back and welcome you to the world of Sarah Waris’ cricket journalism.

In a country where cricket and hype are often bedmates and can’t do without one another, rare it is to find a writer who eschews hype and big words whilst writing on a sport describing which she excels.

Even rarer it is to find an actual journalist amid a ceaseless ocean where every fish introduces herself as the Barracuda when that isn’t even the truth.

Sarah Waris, whose articles have, thus far, appeared in The Quint, The Bridge, The Scroll, First Post, Mumbai Mirror, and Wisden, to quote just some of the big names, is young, restless, a bit crazily obsessed with the sport, determined, and despite being all of this- simple.

My only real interaction with her, of the many albeit in random spurts of short conversations, was when she suggested I write for a website she, along with her close friends Prasenjit Dey and Rohit Sankar, co-founded.

That talk was in 2018 and I didn’t quite go ahead, not because the temptation wasn’t tempting enough, but I thought- three journalists with unquestionable work in discerning portals.. where do I stand? Let me first do something decent on Caught At Point and then try again.

CricXtasy, to which I contribute albeit at a very Kraigg Brathwaite pace, is one of the finest and serious cricket-loving publications that distances itself from popcorn journalism in a way the Indian diplomats maintain social distancing with their Pakistani counterparts.

A discerning journal that has at its heart not one but three talented and versatile journalists who know the depth of the game, it’s hardly a surprise that Sarah Waris is associated with a publication that takes Cricket-not hype around it- seriously.

Until such time, all I’ve ever interacted with one of the nicest girls on the horizon of Indian cricket journalism concerns a few exchanges over social media regarding feedback on some articles I had asked her views on.

Little did she ever disappoint.

Not the one to wax lyrical on any idea or topic, her words, much like her, have always been sweet and to the point.

At a time where few appreciate the idea of you doing well, her encouraging words on a piece written on Mignon du Preez made my day.

Not because it was some “Indian chick” writing back, but because Sarah Waris- the woman with an appetite to pen a great piece of cricketing literature offered a few words that lifted my spirits.

What else could I possibly have asked for?

On August 16, as Sarah Waris turned a year older- and I don’t quite care about her age for her wisdom is what I’m more interested in- there’s one thing she must have done among others on her big day.

She may have possibly thought about, even if once, the Kolkata Knight Riders, her favourite IPL franchise. You see, the KKR and Eden Gardens are two incredible and irreplaceable facets about Sarah’s life that widen her smile.

Understandably so, if you ask me. She’s from Kolkata and has passed with flying grades Xavier’s.

Sarah Waris: a tireless writer who’s actually a journalist whilst many around are merely posers

That being said, what amazes me and may certainly have amazed many others is the sheer variety of cricketing content Sarah touches and turns into gold without much ado.

For instance, one of her pieces on The Quint spoke, at length, about the woes surrounding Team India when the Proteas women roasted Harmanpreet’s ladies at home. In a few months’ time, she came up with a blockbuster piece on Wisden, this time on Jasprit Bumrah.

But that’s only a small example of the well-rounded journalist in Sarah Waris who dutifully follows both the team and a particular individual; to my utter surprise, not that she couldn’t have written it, there came a piece toward mid-July on the West Indies, who by then had roasted the Australians in the Caribbean.

She didn’t dive into the details of what and how, but offered ratings to each member responsible for Australia’s 4-1 T20I series outcome.

Personally speaking, such articles are a refreshing addition to cultural beacons of our time like Wisden, who hitherto have been seen as being the one-stop destination for copious or laboriously done content.

But it’s Sarah Waris, and in her world, anything’s possible. Such as- a detailed assessment of the women’s teams that posed the biggest challenge to India’s T20 World Cup hope, 2020. Another gem for The Quint.

Though, just when I’d thought that it’s cricket- whilst both men and women’s game- that was Sarah Waris’ forte, along came a few pieces to my attention that had nothing to do with the sport India craves for.

Turned out that over a year and a half back, she’d already given the world an evidence of her talent at writing about Wrestling. Here, this piece spoke of the now-controversial, but then-enigmatic Sushil Kumar.

How much can one writer do on her own?

That was the question that struck my mind, which almost instantaneously found a reply, “there are some birds that can’t be caged.”

Thinking of this, it wasn’t a surprise when a recent social media post from the smiling-soul brought to the world’s knowledge that she was moving to Wisden, perhaps the dream destination of every eight in ten journalists who love cricket, albeit also being an onerous challenge that not many can better.

Not much of a trouble if you are Sarah Waris, who, from the onset of 2014, has gone on to accomplish a lot.

In a country that lamely addresses the nation as “Mother India,” yet extends unthinkable horrors to its women, even in the learned 21st century world, lest we forget, it’s difficult for women to hold mainstream positions in male-dominated industries.

This is not to blame these terrific men, who produce exciting content, time and again; the point is about the paucity of women writers in the sport, moreover those who can discard clickbait journalism and follow Sarah’s example.

Frankly, we need more women writers, so many that the term women cricket writers evaporates into thin air akin to Mossad agents who are nowhere to be found after executing a secret operation for the state of Israel.

To our good fortune and perhaps even for those who are busy making fortunes by writing contemptuous, hollow, soulless pieces of writing perhaps just to get the office cheque on time, we have examples like Sarah Waris to follow.

Not follow, typically speaking, but, at least, learn from.

What would be ideal would be to see Sarah take out time and put her mind to churn content on the most ignored fragment of cricket, which we all forget, is still cricket- Cricket for the blind.

But who am I to dictate this to Sarah?

I can merely suggest, being an admirer and consumer of words, a penner of some at times, and above all- being amid a world where for every person who easily describes himself as a cricket journalist, there are the likes of Sritama Panda, Rohit Sankar, Suvajit Mustafi, Charudatt Prabhu, Shivani Shukla, Sahil Jain, Saksham Mishra, James Roy, Jay Dansinghani, Umaima Saeed, Vedant Sharma, Mihir Vasavda, Kritika Naidu still around.

Life’s not that bad, after all. 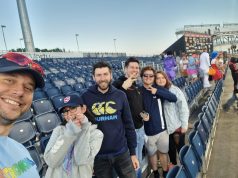 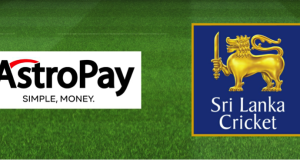 Dev Tyagi - October 6, 2021
0
The game is nothing without the viewers. Likewise, the teams hold less of a value in the absence...