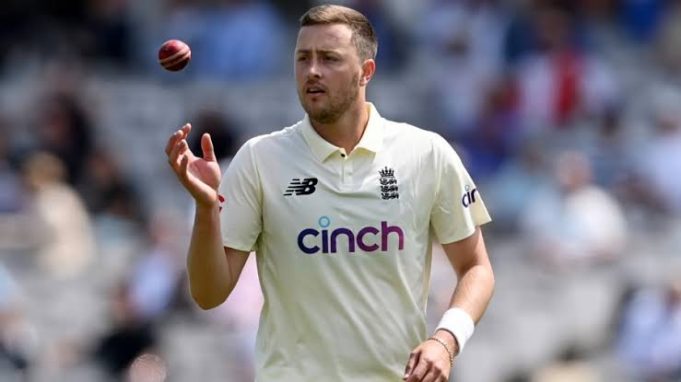 ‘In order to eat you have to be hungry’, the words of a celebrated American author, Robert Anton Wilson.

So true is this quote in any walk of life and when it comes to sport, more specifically cricket, if I may take the liberty of replacing the word eat with perform, the expression becomes even more relevant.

‘In order to perform you have to be hungry’

Ask any cricketing great and they will whole heartedly agree that performance can only come if you have the hunger to excel.

Well, one such upcoming talent amid a pool of bright English bowling prospects is Ollie Robinson, a towering 27-year-old line and length bowler, who in his nascent three-match test career has shown enough hunger to perform to mighty levels of excellence.

His domestic record precisely showed why with a mammoth 299 wickets under the able guidance of his step-father, the assistant coach of England, Paul Farbrace who gave him a break at Yorkshire before Ollie shifted loyalties to Sussex to make the county his own under the helm of the Australian great, Jason Gillespie.

Perhaps it was only a matter of time for the inevitable as his fine domestic form transcended into a country call!

With a whopping 16 wickets at an average of just 20.31 in three international appearances, this prized English find has already grabbed one fifer against India in the ongoing five match test series and a four-wicket halt against the Black Caps in his debut test at the start of the English summer.

Ollie’s debut was worth every praise with his maiden four wicket halt boasting the likes of opener Tom Latham, a beacon of batting in Ross Taylor, the dasher in de Grandhomme and a very capable holder of the willow in Kyle Jamieson.

In the second innings too, he picked up three scalps with Kane Williamson, one of the best batters of his generation and the ever-improving Devon Conway being two of those prized possessions.

The match unfortunately ended in a draw, albeit World Cricket had taken note of an upcoming talent rising from the depths of a competitive pool of young English fast bowling resources.

Post his first test, the young man was unfortunately dropped for the second excursion against New Zealand owing to some untoward tweets that he was guilty of posting almost a decade back.

Having already apologised unreservedly at the time for histhoughtless and irresponsible behaviour, the actions of an extra vigilant English Cricket Board in dropping him after a successful first outing for an act he had committed almost nine years to this date didn’t make any logical sense. Surely to me!

Thankfully, better sense prevailed and he was back for the India series with claiming a fifer in his first test against the superpower of the subcontinent.

His fifer included the valued scalp of one of the greats of Indian cricket in Rohit Sharma, followed by the effervescent Rishabh Pant, the all-rounder Ravindra Jadeja and his last two cleaned up the tail.

Unfortunately for him this test too had no result of consequence amid being a draw owing to inclement weather,much like his first outing against the Black Caps.

As things would stand, in the second which just concluded on Monday, a clinical India thrashed the Pommies by a whopping margin of 151 with Bumrah and Siraj being the primary instruments of destruction.

A comeback now is more than the need of the hour for England with Robinson at the forefront of doing what he does best in bowling with accuracy to hit the precise line and length much to the liking of his two heroes, Glenn McGrath and Josh Hazlewood.

Perhaps, that’s the reason, Robinson emulates Hazelwood in his action and strives to be as accurate as the great McGrath in every delivery he undertakes.

To conclude this article, I much like other admirers of good fast bowling would like to see this Englishman soar to heightsunparalleled from a base of substance that’s already been set.

With the Ashes also coming up, the bouncy Australian pitches would serve as the ideal 22-yards for this speedster who is also known to extract bounce.

Keep your head in the game with concentration to the core and My Dear Ollie, the cricketing world will continue to greet you with Hola! 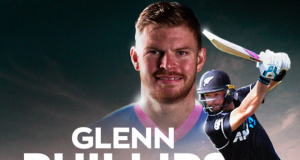 Abhishek Srivastava - November 4, 2022
0
In his short career, Glenn Phillips has already switched his role from being a wicket-keeping batter to a...