When was the last time the West Indies won a Test series in the Caribbean? Got you thinking? No, not against Sri Lanka. The series was a drawn contest. Against South Africa- they got a hammering, a real hammering. Not even against touring India, back in 2019. For that series was down to Bumrah’s hat-trick and a little bit of Cornwall magic, who got the big wickets of Pujara and KL Rahul. And where the most recent series stands, then the one against Pakistan too ended in a draw.

So which was the last series West Indies won at home? While you are deliberately pushed to operate your favourite search engine, now that you’ve started thinking, let’s try and understand a basic fact, which no search engine anywhere on the World Wide Web would provide.

There’s nothing wrong or untoward when you win. There are happy faces around. The world seems perfect, the room looks in place, the coffee tastes fine and things appear orderly. It’s only in the face of defeat, like the one suffered at Sabina Park recently, where one begins to think about what went wrong, or at best, what could’ve been done right- right?

And the defeat suffered at the hands of a young Pakistani pace line-up that didn’t even play the probing spinner Yasir Shah, exposes a more than a few chinks in the West Indies armour that one cannot-and should not- turn a blind eye to.

For unless and until the doctor diagnoses the problem and reads the symptoms correctly can the right medicine be suggested and treatment conducted- isn’t it?

The West Indies team that suffered a 109-run defeat does need to finetune some problems that have, thus far, gone begging.

And while as fans we can’t rectify them for cricket in social media age hasn’t yet become so open as for the fan to get inside the dressing room and extend coaching lessons and get the players back to the drawing board, one can still examine issues and leave them open to the coaches and selectors to solve.

For that’s why they are there in the first place, aren’t they?

First up, hats off to the West Indies bowlers, who chipped in, in the 1st Test with the bat when those ascribed the responsibility failed to contribute.

It’s not the batting alone that concerns the West Indies problems, at present, it’s the ability of the batsmen as also their attitude to Test cricket that hurts and may hold the key to understanding the team’s problems at the Test level.

Any beginner in school is taught the alphabets first up. The initial line, in nine in ten households, anywhere on earth begin with the classic, “A for apple!”

For West Indies Test team, “P for Patience and T for Technique.”

Both of which seem to be missing in the current line, with the possible exception of Kraigg Brathwaite.

In fact, it’d be a bit harsh to simply put Roach and Seales as being the men in charge of the 1st Test victory for captain Kraigg Brathwaite, courtesy a valiant and patient 97 led the way for a fine first-inning lead that took his team to 253.

In whole, the right-hander, once labelled a second Shivnarine Chanderpaul in the works, faced 402 deliveries on his own. That’s nearly staying put for one whole day.

What did the rest of his team manage?

In terms of deliveries faced including both Tests played at the same venue, i.e., Sabina Park, here’s what you have when you consider four of the main batsmen in the team:

Jermaine Blackwood– 236 deliveries. The most faced in an inning: 78 during his knock of 55.

As proven, the number of deliveries Brathwaite, not the batsman with the most strokes in the game, faced on his own were even more than what Bonner, Chase and Mayers did collectively.

Does that tell us something?

The trinity lasting for 351 deliveries. Moreover, Blackwood, with an average of 33 in the series, was the only saving grace besides his captain for the batting order that failed to collect a century with four opportunities as a 35-year-old Fawad Alam struck 124 and even managed to remain unbeaten.

The key question is- are West Indies batsmen not quite adept at showing mettle at Test level? How can that even be when half a decade back in the day, Chase, albeit assisted by rains in Day 4, on the very ground, birthed a solid ton, that too against Dhoni and Kohli’s India?

Remember the Dowrich and Chase resistance?

So what went wrong further and what conclusions can be drawn.

In an attempt to unravel the big hypothesis about what could be wrong with the West Indies Test team, it must be said that the problem runs deeper than the team having found a solid opener to give Brathwaite company.

Since 2012, the only mainstay up top has been Kraigg Brathwaite. Glad that hasn’t changed.

With Powell, who did seem during his 23 that he was beginning to settle, there was something too apparent. That’s where the wise and quietly observant Vernon Springer must be heard:

“The Kieran Powell we saw during South Africa series was a man who looked well settled and played freely. But this time around, he seemed under pressure and took a far too conservative approach than normal.”

Moving on, what else contributed to the defeat is an issue that would- and should- hurt the die-hard fan and mustn’t be shoved under the carpet now that the CPL is on.

The following is what Mr. Springer added and merits your attention:

“We have to put players to bat in the right position,” exclaims a man who’s been an intrepid observer, commentator, radio show host, frequent guest on cricket talk shows and above all, a man who has West Indies in his heart and soul.

Wait, does that mean the final playing eleven was disorderly? Could be.

Here’s what Mr. Springer suggested further that should catch the administrators’ eyes.

“We have to play cavalier cricket. Now what do I mean by that? It means we have to put away the bad balls; the West Indies batsmen weren’t putting away the bat balls, so what is happening is that we look like we are in a survival mood, not in a positive mood.”

Makes sense. Could that have allowed the likes of Afridi to gain confidence over the batters’ frigidity?

“A number of questions have to be asked, “Mr. Springer added further on the grave topic of discussion.

Perhaps the most startling point was this- “Is Nkrumah Bonner our best bet at #3, and it’s because he didn’t fully recover from the concussion hit suffered versus South Africa. Was Bonner mentally prepared Why was Brooks, in the squad, and with a fine knock in the lead up to the Tests made to warm the bench?”

But instead of being a petulant critic who grossly underestimates a side, Vernon Springer put on his quintessential thinking hat and offered mores scope for examination in his chat with Caught At Point.

“Is Shai Hope now our number 4 batsman? Has Kyle Mayers been demoted? These are questions that will feature for a long time. When you look at this time, one has to examine the batting and work out whether is it the lack of confidence on the batsmen’s part that’s hurting the team! For what seems now is that no one, save Brathwaite, is putting up the hands and saying, Hey, this is what am going to do. We need some energy, some motivation, the batsmen must do some soul searching in terms of their approach to the game.

Furthermore, Mr. Springer opened what could be called a Pandora’s box for the selectors to settle, an issue they can’t ignore:

“Rahkeem Cornwall has been among the pick of the bowlers and Veersammy Permaul collected a fifer in the games prior to the Tests; but these men are not selected. Why is that? Are we sending the right signal. We have to look for the players that can make up an order according to what the team needs not what we need of them”

And in summarising his statements in usual clinical fashion, Mr. Springer put down the mic but not before raising a very poignant question:

“Everybody will not be a Shivnarine Chanderpaul. Everyone will not be a Kraigg Brathwaite. We need some flamboyance; too many of our batsmen are getting out bowled. Is the mindset of the team right? Why do we look like strangers when we begin to face quality bowling? Is enough faith being vested to their own techniques. Time has come for them to come out and play the WEST INDIAN way!”

Here, we’ve given a perspective to what SEEMS to be going wrong. But again, it’s for the coaches and batsmen to figure out things and fix them issues. 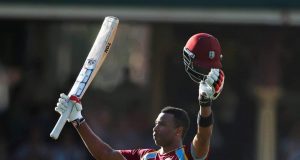 Dev Tyagi - June 20, 2021
0
What differentiates cricketers from us commoners is perhaps the fact the former do more than just dream about the sport; they remain awake at...