Usually, most batsmen have a T20 hundred and take time to score an international century in the shortest format of the game. Think Rohit Sharma. Think Chris Gayle. You know the drill. The big scorers and the smashers of the cricket ball. It’s not the other way around, unless you are former Protea captain Francois ‘Faf’ du Plessis, who achieved the rare distinction of scoring a T20I hundred way back in 2014, much prior to hitting a T20 ton.

But then that’s just the Faf-way of doing things.

Moreover, displaying quintessential Protea unflappability in a format that’s about big power. Think Evin Lewis, the first man to help a CPL team to score over 100 in six overs (with Gayle largely playing a witness to the carnage at the non-striker’s end). Don’t forget the format being a perfect platform for the likes of “Muscle Russell.”

But in scoring a 120 off just sixty deliveries against the St. Kitts and Nevis Patriots the other day, Faf du Plessis produced a knock that may have turned even the most intrepid Nevis devotee into a Faf patriot.

Someone who’ll now patronise the right-hander whose success deconstructs a popular theory- “age can restrict you and your success in the game.”

That Faf du Plessis timed- not only muscled- the ball well enough to end up with a strike rate of 200 wasn’t the only great thing about his first-ever CPL ton.

That he hit those many runs at an age where he’s not getting any younger must go a long way to underline the legend he is.

A man who immediately turned into a hero, rather a savior for South Africa a decade back in time when a Kallis, Smith, Amla, de Villiers-powered team was confronting a Test loss to Australia. Faf’s 110 bailed them out with a draw.

The very man who presided over the Protea captaincy during the post-Morkel, Philander, de Villiers-era assuming charge of a team largely amid ruin.

That Faf du Plessis is a person, a man who’s done things his own way, danced to the beat of his own tunes has something to do with the individual he is in a world largely composed of the cult of personality.

He may not possess the gravitas of a Lara, the humungous numbers of a Sachin or the undeniable prominence of his good friend AB, but Faf’s got the skill and the thirst to succeed that’s allowed him to play well into his late thirties.

Furthermore, that he’s not done yet and sports-not boasts-a body that may put any pizza-eating, cola-gulping rich teenager lavished with all comforts of life, such as the membership to the city’s most salubrious gymnasium, albeit it being the place that’s hardly frequented can put anyone under shame.

At 37, Faf du Plessis is not getting any younger. Whether he’ll even contest in the forthcoming T20I World Cup is down to what could possibly be last-minute alternations and change in plans with the likes of Boucher and Bavuma contending that they’re in ‘talks’ with the former captain.

In a world that can be cruel to the kind and unbearable to the most patient, Faf du Plessis, one suspects, will never get the due he deserves. The credit for inspiring youngsters like Rabada and getting the likes of sparkling strokemakers such as Rassie van der Dussen into the limelight.

Just like he didn’t become Twitter’s number one trending item a few hours ago when he clubbed the CPL 2021‘s maiden century besides leading his team to a fine win.

All of that he achieved at the back of having not yet fully recovered from a concussion hit he received whilst fielding in Pakistan for the PSL.

In fact, it may not be wrong to suggest that the 120 wasn’t quit praised the way a big knock from the likes of a Gayle, Pollard, Fletcher, or even Chanderpaul Hemraj is portrayed.

Not that Faf the man, who cares little for records and ever so more about going out there and play would be begrudged. Yet, truth is the scintillating century for the Pretorian mattered more in influence and impact than merely through the weight of statistics.

The previous three figures for the batsman who made headlines on September 4 read- 2, 14, and 10.

Can we get more beautiful knocks from the blade of a promising and tireless batsman in the days to come is certainly a want of every fan who wishes to see Faf achieve a lot more than he has.

His, it ought to be said, has been a career that’s often been thwarted by a lack of collective success of his team whilst he almost always stood out individually. In the dismal tour to Sri Lanka, where his team got bundled out for 126 in the First Test, Faf made forty nine on his own on a turning wicket. In the next game, at Colombo, which too resulted in a defeat for the visitors, Faf scored 48 of his team’s 124 scoring handsomely against Dananjaya and Dilruwan who had otherwise wrecked havoc on his team members.

In the forgettable outing during the 2019 World Cup, the only century that came from a Protea batter, came from Faf’s bat, one that’s not been blunted by the excesses of pressure and the changing vagaries of time.

Faf’s, if one notes, is a bit like wine, something he enjoys on an occasion as his Insta handle suggests. Getting better with age, lending to a rough sport a touch of refinement. 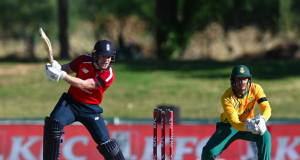 Pranay Rangra - November 30, 2020
0
When winning becomes a habit, the taste of success becomes even sweeter. Ask England captain Eoin Morgan and he will definitely second this. Why shouldn’t he? Under...