“Extremely gutted to miss out on this, was definitely a goal of mine that I wanted to tick off. Looks like I may have played my last game for Black Caps, not by choice,” mumbled New Zealand’s explosive batsman Colin Munro after being snubbed from the team for the upcoming T20 World Cup.

Was this the right call regarding the imminent future of one of the most sensational hitters of the white-ball in a format that’s often about the length the ball travels, often away from the onlookers as it sails into the unknown?

We don’t know yet. And only time will tell.

Yet, what’s important, it seems, is to reflect on a few achievements in Colin Munro’s T20I career as immediately as the left-hander latches on to anything bowled short or in his zone.

For starters, he’s hit 3 T20I centuries, having first appeared in shortest format for international duties in 2012. Gayle, who arrived in it its inception, i.e., 2006, has hit 2.

Kohli, you have no choice but to believe, is still searching for that elusive 3-figure score in T20Is after 90 outings his highest being 94.

But here’s the big daddy of all T20I facts, which should automatically serve an answer as to how valuable a player Colin Munro has been.

Did you know AB de Villiers has hit no T20I centuries in the format after 75 outings?

Moving forward, which is what New Zealand selectors and Williamson too you’d think have done, there’s more to Colin the ‘destructive‘ Munro that defines his career.

His power-hitting offered, still does, before he was overlooked, the uncanny resemblance of a Baseball talent who frequently hits home runs.

Yet, that there’s no place for the South Africa-born New Zealand cricketer is something that has more to do with his natural talent (not the lack of it) and perhaps the scheme of things in which the mighty six-hitter seems to fit, perhaps unwittingly so.

Is it a result of inclining toward franchise cricket over national duty, something evident particularly from 2017 onward or is it about Colin Munro deciding to retract from the series’ against Pakistan and Bangladesh, offering himself only available for the T20 World Cup?

Regardless, as they say, “As many points as there are mouths.”

We can’t believe media reports and twirl it into a ‘franchise cricket versus country’ debate, as it may never seem conclusive. Perhaps, it’s only about being still just as good but at the wrong point in time, funny as it may sound.

Only the third New Zealander with 7000 T20 plus career runs an apparent victim of bad timing, not the one connected to matters of the bat, which we all know Munro was, is well capable of handling?

Let’s dive into the squad picked for the world cup

Do we have a room for Munro?

Who should New Zealand selectors drop to accommodate Munro is the big question.

The elephant in the room that was visible but perhaps wasn’t fed any sugarcane.

Devon Conway, who is averaging 59.12 in T20 internationals or Tim Seifert, who has established himself as an automatic pick in the shortest format of the game?

And oh. By the way, there’s Glenn Phillips too.

Must not be the one to be ignored after his splendid batting results against Australia and Bangladesh.

Is Colin Munro A Victim Of The Problem Of Plenty For New Zealand?

If this mega event was held when it was supposed to be, i.e., in 2020,  Munro would have been the first name in the selector’s book. But as he played his last T20 International for the Black Caps in February 2020 and since then many young fellows like Devon Conway and Glenn Phillips have come into the picture and left the New Zealand selectors in a dilemma – who should they leave out and who should they go with?

Munro could open the batting for the black caps but so could any of the three batsmen we’ve discussed. So is it an end of the road for New Zealand’s power-hitter?

End Of The Road?

In MS Dhoni’s words, ‘Definitely Not.‘

The Kiwi still has that phenomenal hitting ability, which is enough to keep him engaged in the cricket world, even though his national team may be flourishing and justly so with many capable hitters.

Though if you talk about T20 Internationals, very few New Zealanders have had the impact Munro commands.

But here’s where he stood out: the speed of scoring and the manner. That being indicated fervently by a strike rate of 156.4, which is the highest among New Zealand cricketers with more than 350 T20I runs.

Read that again. It’s a fact that deserves to be upheld.

The T20 star to this day, remains in heavy demand in the domestic leagues all over the world. Recently, he featured in Pakistan’s domestic league, The Hundred and Caribbean Premier League, where he shined with the bat.

In the latest edition of the PSL, Munro finished as the highest run-scorer of the tournament despite missing a few matches for his team Islamabad United. Munro banged 285 runs in 7 matches at an average of 57 and a strike rate of 169.64.

The 34-year-old also featured in the inaugural season of ‘The Hundred’ and played a prominent role as a batsman for his team Manchester Originals. He accumulated 165 runs in 7 matches at an average of 33 and strike rate of 136.36 with 45 being his highest in the tournament.

Coming to the recently concluded season of the Caribbean Premier League, the Trinbago Knight Riders batting sensation went on to become the fifth-highest run-scorer of the event with 267 runs under his belt in 11 matches at an average of 29.66 and a strike rate of 101.13.

Looking at his figures in the recent domestic leagues, one can’t say if it is certainly the end of the road just as yet, at least, not in the shortest format of the game.

However, his comeback into the national team remains the big question, though one that seems unlikely-if not impossible- as say the prospect of Tom Cruise bagging the award for the youngest looking actor in the room with a Zac Efron and Keanu Reeves for company.

Who do you overlook?

It’s a question, one’s afraid that Munro certainly can’t answer nor Williamson either with utter surety, at least, at this point in time. 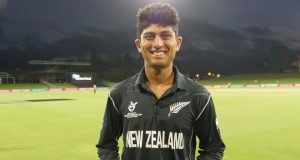 Dev Tyagi - November 29, 2021
0
Everything you hear about New Zealand is true and guess what, it's opposite is also true. They are...