Harshal Patel, the leading wicket-taker in IPL 2021, has been playing a tournament to remember for a long long time in the history of the famous franchise-based T20 League. The Purple cap holder achieved a big milestone as he surpassed the record of his teammate Yuzvendra Chahal of getting the highest number of wickets (23) in an IPL season on Wednesday.

In a tournament that favours batsmen, this was no less than turning point.

RCB’s wicket-machine has picked 72 wickets in 59 games and has joined the list of most wickets taken by a bowler in a single IPL season. DJ Bravo, the legendary CSK bowler, still sits on a throne with 32 scalps in the 2013 season.

King Kohli’s franchise started with bang-bang consecutive wins in the first leg of IPL 2021 and ended with five wins in seven games. Patel roared in the very first game against one of the most successful IPL franchises, MI with five-for and then kept on performing like a trump card for his team looking for the first IPL trophy.

Harshal Patel ended the first half with 17 wickets and continued from where he left. Let’s relish his power-pack performances in the 2nd leg of IPL 2021:

The equation was not in favor of the Mumbai Indians as they needed 61 off just 24 balls but we all know what Kieron Pollard and Hardik Pandya could do in the final phase of the game. It was all about Maxwell’s show until the Purple cap holder Harshal Patel rattled MI’s powerhouse batting order with a sizzling hat-trick in the 16th over.

RCB easily won the game by a huge margin of 54 runs with 11 balls remaining to be bowled. It was the first time RCB bowled out MI in IPL and won both contests in the same season.

IPL 2021 can be RCB’s season for as long as they tick all the right boxes in various departments whether batting, bowling or fielding. Every player is aiming for one thing i.e., the IPL trophy and is leaving no stone unturned in delivering on the field.

Here’s where things stand at the moment

CSK stands at the top of the table with 18 points and RCB at the third spot with 14 points. We expect at least RCB to qualify for the play-offs as they have three games to play against PBKS, SRH & DC and they would need at least one win to compete and two wins to reserve their place.

RCB hasn’t been able to lift the IPL and poor bowling has been one of the main reasons for their failures. Overall, Yuzi Chahal is their prime wicket-taking bowler, and performers like Harshal Patel, Mohammad Siraj make RCB a strong bowling lineup with Daniel Christian, Shahbaz Ahmed, Glenn Maxwell as the fifth bowling option.

KS Bharat has also added an extra flavor in their batting line at the crucial number three spot which makes the batting line up deep with ABD batting at number five. Openers Virat Kohli and Devdutt Padikkat have also been hitting the ball all over the park with the support of Maxi in the middle order.

One hopes Harshal Patel keeps performing like this and ends up winning the IPL for his team. Bold call? What was ever achieved without playing bold?

Go for it o tireless wicket taker for Bengaluru: 2021 with Purple Cap and IPL title for RCB! 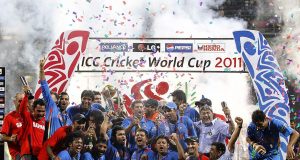 Shruti Banerjee - July 5, 2020
0
Cricket, corruption, and convolution. You've heard of the noted Ps of Marketing. But what about the great Cs of the game we so love?...