The latest transfer of power in the Pakistan Cricket Board (PCB)  is dramatic but can it change the course of an economic downturn in it’s domestic cricket canvas?

The first set of sun rays that fall on the city of Lahore paints a picture that is edible in every sense or form. The road just outside the Railway Station takes you straight to the most happening place in town. While you are on your way to the PCB’s office at the Gaddafi Stadium, one must stop at Waris Nihari in Urdu Bazar.

It’s gone from being ‘brisk’ to biting cold at the Melbourne Cricket Ground. Pakistan needs 160. They must get through Malcom Marshall, Michel Holding and Joel Garner, to win the second semi final of the Benson and Hedges Cup. Mohsin Khan is trugging along, holding up one end. In his 17 off 78 balls he blocked, ducked and left the best of Holding and Marshall with the new ball. Batting with him is Ramiz Raza.

He finished with a match winning fifty. A counter attacking knock that ensured West Indies never got on top. Raza’s transfer of weight onto the back-foot was crisp which allowed him him the power to drive, cut and pull from the same power position. Now, as the acting chairman of the Pakistan Cricket board he has already transferred his weight onto the front foot and is aiming to run an administration that empowers cricket in Pakistan.

As New Zealand and England cancelled their International tours, Raza was critical of the events coining the phrase ‘Western Block’ and its implications. He has since stated that if India stops its funding to the ICC, PCB will be crippled. In between these two statements everything he has said or wished for has had a clear agenda pointing towards growing the nation’s cricketing economy.

PCB organized the National Bank T20 to give its players a preparatory tournament before the T20 World Cup. The six-hitting skill was widely depicted for it has been the cornerstone of every cricket discussion in the country. PCB’s answer was the selection of Azam Khan and Khusdil Shah. Two rookie powerhitters one of which had a fitness concern. While Azam was picked as a back-up wicketkeeper, Khusdil was the designated finisher but both were included largely due to their ability to the long ball.

As Mohammad Wasim announced the changes to their World T20I Squad last week, both Azam and Khusdil were dropped. Sarfaraz Khan, who had been a part of the travelling side for the last two years was slotted in after his impressive run of form in the domestic series. Shoaib Malik arrived in the scheme of things just in time to accumulate runs in the middle and he was roped in place of Shoaib Maqsood.

Maqsood was also in the side because he could bat at a higher strike-rate than the others. In a span of a month’s time, there are some serious holes in Pakistan’s power-hitting assets. They have reached this position first by bringing in two youngsters into the system and then scripting a comeback story for a 34-year-old. If you are wondering who is going to hit sixes for Pakistan in the T20 World Cup then you are asking the wrong questions.

If PCB calls itself the central industry for cricket in the country, Urdu Bazar must be the central industry for breakfast in Pakistan. Unlike the PCB, It has a consistent model of revenue generation that comes from serving high quality Halwa Puri, Paye, Nihari, Keema, Lassi and more. If you could mark out all the seven flavors that your tongue can detect, there is a good chance you will find a dish topping that section. Unfortunately, none of that umami has made its way into the power corridors of the PCB.

Pakistan’s domestic cricket for a long time was played both at the regional and at the departmental level. The idea was proposed by Gen. Abdul Hafeez Kardar. He played for India too but as Abdul Hafeez. After partition, he led Pakistan to a win against the visiting MCC side and then became their first Test captain. He added Kardar to his name later but he went on to make far more significant additions to the entire cricketing landscape. First as a captain and then as the chairman of the PCB he transformed the fabrics of how cricket was played in the country.

Ramiz has more materialistic things to worry about in this day and age.

Department cricket has been missing since 2018. A department like the Pakistan Internal Airlines (PIA) has always been one of the top sides in the circuit. Imran Khan, who himself played for PIA back in the 1970s and the 80s, had decided earlier that he just wants the cricket to be played at the regional level. Thus in 2019 six regional teams were created on the provincial lines.

Earlier this month, PIA had asked it’s cricketers to work regular jobs at the airport. Farman, a 22-year-old department cricketer, who never had that luxury and has been unemployed for the last two years. He is sitting in the studio audience of a news panel discussion. The question he raised was personal and he wanted an explanation. One of the panelists explained, “ If Australia with a population of about 20 Lakhs can have six domestic teams then how can Pakistan have the same number of regional teams while being a population of 22 crs.”

Most things in Pakistan’s cricket for a long time are explained in the above manner. Wherein the answer to a particular question is often weirder than the question itself. Governance of cricket in Pakistan was done by the logic that horses can never be overweight because they are always on a stable diet. Since 1947, the structure of domestic cricket in Pakistan at the highest level has changed many times. This structural inconsistency has trickled down the pyramid and has affected the grassroots the most.

PCB for long has been chained by its own idea of a centrally controlled administration, they are plagued by the many layers of intellectual dishonesty that have now bruised the health of school and age-group cricket in the country to an extent that they are on a life support system.

Club cricket in Pakistan has suffered irreparable damages. Most of them hardly host any cricket throughout the season. How long can they keep losing money when they are not earning anything? These club teams have something very similar to the PSL teams. How is it believed that four out of the six PSL franchises are yet to break even? That too after six seasons?

With the return of international cricket set on a crossroads, the PCB has no other option than to strengthen their own domestic industry of the game. This effectively means generating financial pathways within the system. One way to do so is by allowing private entities to manage and market the cricket that is played at every level starting from the foundation level.

Back in Lahore, Vernon Philander, the bowling coach of the Pakistan team is seen monitoring a skill session involving the opening bowlers and batsmen in the nets. Hasan Ali charged into bowl the first one. It’s full and swinging away, beating Mohammed Rizwan. ‘Brilliant’, said Philander. He enquired if Ali was bowling to his field. The fast-bowler didn’t really get the question at once. Philander explained and they both agreed that he will be bowling a pretty straight field.

Philander was a master in seaming conditions. With the red ball on a lively track he seemed his way in caging batsmen attacking both the edges. In white-ball cricket, the modes differ yet the goal is still to hold the striker as a prisoner bowling to your guarded fielders.

In the Pakistan’s squad for the WT20 there is enough bowling depth as it always has been. Their batting core has a cautious gear shift imprinted on them yet opening with Rizwan and Babar Azam could be a concern because both begin at a slower pace.

Mohammad Hafeez might have just recovered from dengue but he is seasoned enough to handle any kind of a fever pitch. He will be seen with Fakhar Zaman, batting together in the middle order. Shoaib Mallik, Shadab Khan and Imad Wasim will be expected to finish the games with the bat. Asif Ali, left-arm spinner Mohammad Nawaz and the fast-bowling allrounder Mohammad Wasim Junior can all fit into the cupboard of the lower-order hitting cabinet too.

Pakistan team’s WT20 campaign will greatly impact the new service holders in the PCB management. Cricket, like any other commodity, is easier to sell when it is popular. If the national team does well in a world event there is a good chance that it might open a few financial doors for the policy makers. Irrespective of their national team’s results, PCB apart from just wishing for a economic transformation ought to rally in and bring in private investors and strengthen their grassroot cricketing economy and create a space where it’s players and stakeholders are cared for. You can ask the food lords at the Urdu Bazar and they will tell you that if ifs and ands were pots and pans there’d be no work for tinker’s hands. 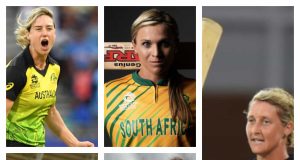 Which Legends Of The Game Are In Striking Distance Of Key...

Dev Tyagi - March 3, 2022
0
The moment that the true cricket fans- not those purely and only obsessed with the men's game-...