The Twenty-over format is cricket’s definition of a dogfight. Consisting of powerplays, free-hits and other fancy terms, it is essentially a fast-paced combat fought in close quarters. In conditions that are hot and humid. Played on surfaces that are sticky and slow, it is not just a street brawl anymore. It is a fight club. And you might not talk about it but the only way to win in these conditions is to adapt, improvise and to follow the best practices.

Earlier this year, New Zealand fought and won the World Test Championship at the Basin Reserve. Then they won ten out of the twelve T20Is played at home. But they were good batting pitches supported by shorter boundaries.

Now they are sweating it out in the UAE heat, caught in a subcontinental skirmish on pitches where scores of 140s is par, 150s is good and 160 plus is rare and very good. New Zealand could have been in Group 1 but they are not. They are in the easier group with Scotland, Namibia, Afghanistan, placed alongside the two favourites, India and Pakistan.

To think that the Kiwis went to Bangladesh before getting into these surfaces would look like a massive advantage but none of the current squad members were on that tour. Instead ten of their sixteen men contingent were a part of the recently concluded IPL so they haven’t been away from white-ball action as such.

Most things in cricket work because it has always worked like that. Certain gameplays are so ancient in this sport that their origins can be traced back to the inception of cricket itself. Scoring runs in partnerships is one such cliche. It is an exercise that has transcended eras, conditions and format. Opening partnership in particular makes or breaks an innings.

For New Zealand to thrive in this World Cup, Martin Guptill needs to open up an assault at the top and if needed must bat deep. Tim Siefert, who has recovered from a minor abdominal strain, will be batting with Guptill at the top. It will be Seifert’s aggression that will allow his experienced partner just enough time to assess the conditions and bat accordingly.

Getting a measure of the playing surface is extremely crucial. A surface like Sharjah might look like a 180 track but end up being a 140 affair. Former Pakistan captain Misbah-ul-Haq believes the opening slot and the runs in the first six overs will decide the fate of most matches in this tournament and in that case if Guptill looks to hit straight and gives himself time then he has enough ability to post big scores.

Skipper Kane Williamson’s elbow had flared up a little during the warm up fixture and there might be a possibility that he might miss a few games. Still he remains a solid rock of stability in their batting core. Williamson’s role will be to keep his team in the fight throughout the middle overs. When he dabs the ball for a run to third-man or pushes it for a single to deep-cover, he slowly and steadily tightens his grip on the crease. If he bats and allows others to bat around him, New Zealand’s batting order will flourish.

Leading into this T20 World Cup, most teams were obsessed with the craft of power-hitting. But on dodgy batting tracks with sizeable boundaries, hitting the ball to the fence is perhaps the hardest thing to do. You already need to be a bit of a batting hooligan in order to first premeditate a power-stroke and then have a big heart to execute the shot. Glenn Phillips is someone in that top six who has impressed the world with his striking ability. However, the hitting template has to change in order to suit this particular set up. Hitting with the wind, turn, bounce or lack of it will be critical. If Guptill can look at the likes of Kl Rahul and Rohit Sharma’s approach at the top, Phillips can take a cue from Glenn Maxwell and how he has remodelled his hitting areas.

Another massive stereotype that has won all battles between bat and ball in the shortest format is exhibiting intent. It could be a well-timed hard sweep shot for Phillips. But intent in its purest sense is portrayed by Ish Sodhi. Averaging just over 21 in all T20Is, Sodhi’s flair has the guile attached to itt. Spinners in the subcontinent hate going for boundaries but they feel defeated if they have been taken for a single.

The tweakers that were most successful in the IPl played on these pitches bowled cagey lines and were pretty much wicket-to-wicket. Sodhi can mirror what Rashid Khan and most Afghanistan spinners do, they don’t let the batsmen breathe. For a batsman facing an accurate spinner on helpful strips, predicting the spin is a secondary concern. His  primary threat is the lack of a scoring option. If Sodhi bowls with freedom and continues to attack then he will be Blackcap’s greatest asset with the ball.

New Zealand are scheduled to play Pakistan in Sharjah and then face India, just four days later in Dubai. Realistically, they need to win at least one of these two games and hope their cricketing pedigree comes on top against the likes of Scotland, Namibia and Afghanistan. They will not win against India and Pakistan if they don’t strike with the new ball. Both of those batting lineups can hurt the Kiwis if they are not put under the hammer straightway. Thus, Trent Boult’s ability to swing the ball into the right-handers becomes significantly important. Boult’s gametime for the Mumbai Indians recently will be a handy plus.

Apart from these individual contributors, for New Zealand to have a successful World Cup campaign they would need the one percenters to go their way. How they use their reviews, both while batting and especially while bowling will dictate some important events. In the history of T20 cricket, bowling more than 40 dot balls is a winning indicator and so is a mighty red-flag for a batting side if they play that many dot balls. Always regarded as a safe fielding side, New Zealand should try to be ruthless in this department because it will come down to those fine margins at the end.

It will be hot, humid, dry, sweaty, dewey, intense and extremely toilsome when New Zealand gets into a peculiar kind of conflict where no team will have the advantage for a longer period. They might not get through it just by being nice and skillful. They will need to be rolling in the dust using every inch to their advantage and by mirroring the best moves of their rivals. 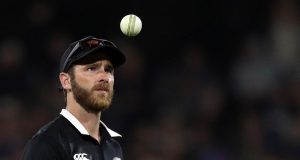 Kane Williamson: Thou Shall Not Get Perturbed, Ever!

Abhishek Srivastava - June 29, 2019
0
When Carlos Brathwaite mistimed his huge hit that almost certainly may have landed over the ropes, within a micro-second after the tall Barbadian went...