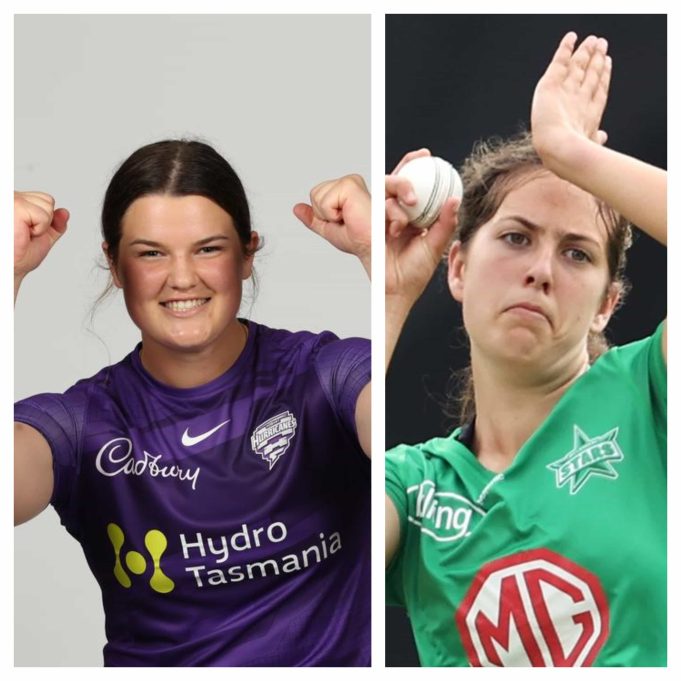 A wide array of interesting batting and bowling talents have defined the most sought after women’s T20 league on the planet- the WBBL. Whether or not the widely-anticipated Women’s IPL happens, one thing is clear to one and all. And it’s that the WBBL has aligned proven match-winners, i.e., the established names (or stars) with those that are rising and desiring to play bold.

Could anything be better than that?

Cricket’s more than games won and records set; it’s about giving a beautiful canvass to the young, those who are raring to go to prove themselves. This year too, the format has been set ablaze by an enterprising crew of WBBL debutants. So who are these names?

The youngster who represented Cricket Victoria at the U-15 and U-20 squad has progressed to the professional arena effortlessly. Tess Flintoff’s line, swinging action and the length have perfectly laid the platform to pick key wickets as seen in recent games where Nicole Bolton and Mailtan Brown became back-to-back victims.

Who can forget that match against Sydney Sixers? Among the most promising of all WBBL debutants, Flintoff targeted the off-stump and Nicole Bolton, the batter completely missed the line and the ball crashed on to the stumps.

On the next ball, Mailtan Brown found herself trapped in front of the wicket. The medium pacer’s contribution was crucial for Melbourne Stars’ crushing win against the mighty Sydney Sixers. Her match-winning performance came against Brisbane Heat. She proved to be a game-changer removing in-form batter and the big run-scorer Grace Harris. In the consecutive over, she removed Maitlan brown for nine. Moreover, she picked five wickets so far in the tournament and stands as one of the promising pacers of the WBBL 2021 edition.

Among the leading WBBL debutants and someone who hasn’t taken that long to leave her mark on the ebullient tournament, Ruth Johnston is a young spinner who has an entire career ahead of her.

In the game against Melbourne Stars, the way she bundled out the batting order, which wasn’t before her captain Rachel Priest’s carnage, was quite the mover and shaker performance of the WBBL.

Ruth picked the huge wicket of Meg Lanning, which dented an early blow to the lineup. Soon she would strike twice in consecutive overs, where the lower order found no respite from the seamless pressure of losing cheap wickets collapsing soon after.

The spinners along with Ruth Johnston did a brilliant job to lay a web of spin in that they gave away minimal chances for the Stars to complete the chase.

A key observation stood out in this match for the foxy spinner, among the widely watched WBBL debutants. In this match, it was perhaps only fair to say that Ruth Johnston was as big a match-winner as her free-flowing big-hitting captain from New Zealand, Rachel Priest.

At 18, Ruth is powerfully built and can destruct on any given day putting together a good whack with the bat.

The 18-year-old, however, still work to do on her batting. A string of low scores since the start of the tournament barring the outing against Brisbane Heat have marked her campaign with a patch of ordinariness with the bat.

Probably, it would be a safe bet to let her in to the batting line somewhere in the middle overs, moving her up into the order just a bit.

On the fourth ball of her WBBL career, one of the most noted WBBL debutants, Rhys McKenna got the wicket of the Ellyse Perry. In this match against Sydney Sixers, there was a bowler who hit a six out of the park with her sheer talent.

Quietly focused, McKenna has a bowling economy of 8.6 and a bowling average of 26. But it’s things like removing the most prized all rounder of the women’s game that count and can give the necessary boost to improve her credentials.

A noted Victorian talent, Rhys McKenna, prior to breaking into the top tier of T20 franchise cricket was also a part of Victoria’s U-19 emerging performance squad. This included Melbourne Stars’ pacer Tess Flintoff.

She is a brilliant fielder and her best bowling figures stood at 1-9, so far. One reckons, Rhys McKenna could be given more match time to exhibit her swing and other variations in the deliveries bowled.

This exciting opportunity, a debut in a widely recognized T20 women’s league stands as an opportunity for this able youngster to train under the best professionals in women’s cricket. What could be better than that?

England players like Isabelle Wong has been roped into action for this year edition of WBBL. A vast contingent of young Indian players such as the rising keeper-batter Richa Ghosh, the big-hitting Shafali Verma have all signed deals with the Renegades and Sixers, respectively.

The WBBL is an arena where they have huge opportunities to learn and refine their skills in order to further grow their careers. This might, therefore, be a huge learning curve for players who would be keen to prove that their talent is second to none in top tier cricket. 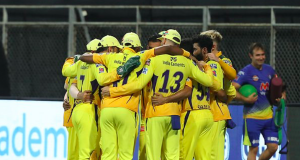 Robin Rounder - April 18, 2021
0
Before I start, I know that CSK have played only a couple of games till now and it’s super early or maybe even illogical...