Rohit Sharma is the Hitman. Virat Kohli is the Master Blaster. There’s little doubt about Ravindra Jadeja being ‘Sir.’ But what is KL Rahul?

Surely, not beyond the reach of sobriquets.

At the same time, not someone who necessarily needs a nickname to exist in the annals of the great game.

For had that been the case, we would have anointed one for the batsman who has more T20 centuries than Kohli, de Villiers, Bravo, Pollard and Root and has a better batting average in ODIs than Kane Williamson, Martin Guptill, Jos Buttler and the Universe Boss, Christopher Henry Gayle.

Neither a superstar, nor someone with too much airs about him, KL Rahul occupies a simple, straightforward space in a sport driven by purposefulness. In appears, purposefulness is also the essence of the right-hander.

There could be a reason to it. On November 19, prior to the final T20 (wherein he was rested), when KL Rahul trounced Kiwi bowlers on way to a memorable 65, which was also the highest score of the match by any batter, there was no hype, flexing of muscles, upholding of the fist or song or drama about the match-winning half century.

The Magalore-born simply went about doing his job, combining power with elegance as only he could.

No drama, all focus, hits and misses, but the desire to succeed!

He refrained from even sporting the customary look of satisfaction of having got the job done, which is when he’d outscored even the great Rohit Sharma (55).

But then, proving a point to fans and dousing in wild celebrations isn’t KL Rahul. It’s never been. Probably it’ll never be.

Having spent months away from the crease for a controversial appearance on a popular TV show that was anything but cricket related, this is a different KL Rahul that we’re seeing.

A busy man who likes to keep himself as such.

Make no mistake. Regular updates about his life on social media can still be seen. Ditto for unfurling of cool pics that suggest the man’s leading a life you’d call well-lived.

But it’s the approach to every inning of his and the depth in frustration each time he gets out cheaply that suggest Rahul wants to make the most of the chances he has.

That the last thing he’d ever do would be to take his place in the Indian team for granted.

Which is why, there’s more to the zero fat-pure muscle lean killing-machine look! There’s realisation that the astonishing fitness levels Kohli showed were possible to achieve must be lived up to, for great fitness and consistency maketh the man.

And where the latter is concerned, there’s little doubt that KL Rahul is trying to do all he can for his beloved India.

Applying himself harder than he ever has, a massive evidence of which was gauged from doing precisely that at Lord’s which biggies like Virat and Pujara failed to do.

Something that not even the greats- Lara and Sachin– have managed even once in their stellar careers.

So when KL Rahul hit a sparkling 129 at Lord’s, earlier this year, his century became a very pleasing gathering for fans in the ground and observers hooked onto TV.

So mesmerising were his strokes on either sides of the wicket that even those who were being picked for runs became admirers. It all became a spectre one could watch continually except it wasn’t in the end since the site of a gutted KL Rahul, who failed to keep his drive down when all he was offered was a gentle half volley was disappointing.

But lest it is forgotten, thanks to his 129, KL Rahul furthered a career that’s poised to go a long way and must work toward it at all costs.

There are multiple reasons for it as well one of which is the fact that not always will a Virat Kohli rescue -and build- for India. Ditto for Rohit Sharma, who, since the onset of 2018, has begun to settle really well as the side’s opener.

There being no Dhoni in the side anymore and a certain vulnerability in accompaniment to Pant’s massive potential, someone’s got to play the part of the glue around whom the others can score. Someone around whom the team must stick well.

That man, is the namesake of yet another Rahul who, despite in his retirement, finds himself entrusted with the task of building a better future for Team India.

With 6 centuries and double that number as fifties from 40 Tests, Rahul’s begun well. His 2,300 Test runs at an average of 35 suggest a good start that must be converted into a big one.

It’s not that there haven’t been disappointments all along. Take the 2021 T20 series versus England, where all that KL managed were fifteen runs from 4 innings, including two ducks. But here he is again. Look at the outings against the Kiwis.

On his toes and willing to make a mark, almost as though a journeyman who missed the train at a station but ran hard to catch the missed chance at the next station.

Moreover, things are going well for him.

With age and fitness on his side along with the innate desire to go the long way, KL Rahul can build further. He must build further.

And yet, despite the ups and downs, the mishits and big hits, and through the changing vagaries of time, Rahul’s not lost an iota of what seems to be his actual standout feature.

Adaptability. The very batsman who can play a patient hand can also go bam-bam in the game’s briefest format. Reference to context being perhaps the most under appreciated fact that the besotted IPL fans must not forget to remember.

Not once since the 2018 season of the IPL has KL Rahul failed to touch in excess of 550 runs or hit those at a strike rate south of 130.

As a matter of fact, KL Rahul’s been plundering- not accumulating- runs regularly at north of 50 (batting average) ever since 2018; his 2018 average was 55, wherein he scored 659 runs.

Fundamentally speaking, KL Rahul’s got everything going for him. Forget not the watertight technique that’s already been lauded and has been seen fending off probing attacks.

If for anything, Rahul would want to figure out the away swinger and the odd one that clips the faint edge of the bat and too often ends up offering catching practice to the slip cauldron.

But one’s sure, the methodical, take-one-game-at-a-time batter will sort that out too.

Surely, with quintessential grace and simplicity minus any theatrics! 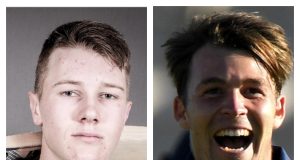