Probably the number of times you’ve heard a line in appreciation of Kane Williamson is the number of times you sneezed last year. Can there be a count? Martin Guptill, the only double century maker for New Zealand in world cups and the man with most 150+ scores for the Kiwis in ODI cricket, is a modern day legend, though, is hardly heralded as one. Ross Taylor, nearly 18,000 runs, is like fine wine on two legs; simply unable to age, refusing to grow old.

Boult and Southee are thespians of modern day fast bowling, ever willing to go uncelebrated. The Yin-and-Yang of fast bowling.

But what is Tom Latham amid all of this?

No body, probably none anywhere on Earth would drop a pint of beer in shock and awe when Tom Latham comes out to bat. The audience doesn’t resort to mind boggling amounts of Tweeting when Tom Latham takes a blinder behind the stumps.

When did you find a Facebook group with 10,000 plus members dedicated to the man who holds the highest individual score for a New Zealand keeper-batsman in Test cricket?

Social media hardly ever breaks into a ‘trend’ that reads his name.

And that’s precisely where Tom Latham and his likes- the quiet and focused ones- come onto their own. You know the ones who are needed almost every time but not sung mellifluous praises about.

Players that serve the same utility and great need as say any inanimate object around which the life of a house revolves.

The kitchen sink. The curtains. The stepney to a car even. All carrying an irreplaceable value.

A sparkling French wine or Spanish cutlery can be expensive but can, at the same time, be replaced. But ever wondered whether salubrious items will have as much value as one provided by neat curtains in the living room? Or the gas or stove in the house?

And proving this hard-to-replace value very recently, Tom Latham quietly excelled as opposed to bursting out on the scene of the recent Test at Kanpur.

The contest may have ended in a draw with Rachin Ravindra making great headlines and deservingly so for his valiant batting. Since how often has one gotten around celebrating an 18 not out?

But lest it is forgotten, it was Tom Latham’s resourceful, patient batting in both innings that kept New Zealand’s troubles at bay.

A contest that will forever be remembered as coach Rahul Dravid’s maiden Test assignment for India saw a gritty campaigner, much like India’s wall in his playing days, coming to New Zealand’s rescue when the chips were down.

In the context of the Kanpur Test, the widely-debated question may have been that how did New Zealand not score even a 300 in their first inning when India, batting on the same pitch, touched 345?

But if you were to examine the Kiwi batting and the precariousness that it experienced all thanks to an Ashwin and Jadeja show, you’d rather ask the following:

Because of which batsman’s effort did New Zealand reach as far as they did in the first inning?

Tom Latham was responsible for 95 of his team’s 296 runs.

But more important than the statistical value of his knock is the time frame that went in its construction. To simply break it down, six New Zealand batters, Kane Williamson, Ross Taylor, Henry Nicholls, Tom Blundell, Kyle Jamieson and Rachin Ravindra together faced 293 deliveries.

But Tom Latham, on his own, accounted for a 282-ball stay at the wicket.

This is when prior to this game, his last appearance in a Test, much like his Team, was nearly half a year ago.

In the times to come, the Green Park contest, if not forgotten, will be remembered but ever so passionately for Ravindra’s great debut and for the giant called Jamieson touching 50 Test wickets, both exceptional achievements.

But chances are, very little will be reserved to appreciate Tom Latham who approached the second inning in the very same manner in which he’d played out his first, notching up yet another fifty.

Surely, a batsman who frustrated Ashwin, and found a way to keep Jadeja and Axar at bay for no fewer than 146 deliveries on a final day pitch where the ball kept bewilderingly low deserves more praise than he got.

Though truth be told, he probably won’t get it again as well. And guess what, he’ll be least concerned about it.

Just the same way when back in 2018, Tom Latham’s 264 run knock against Sri Lanka had few takers and a lot about what we heard of the year were achievements of other cricketers. Take Pujara’s grinding of the Australians Down Under and his glorious 500 plus runs. Take India’s Asia Cup win over Bangladesh that year.

But Latham and his purposeful long vigil at the wicket that lasted for 694 minutes– let that sink in- didn’t find massive outreach.

Probably that’s down to being a Kiwi thing. Probably it’s down to the great virtue of being quietly resolute and unperturbed by what the world says or doesn’t say.

And probably it only makes sense to be Tom Latham- a quiet spark of bright light- doing its own thing regardless of whether it’s glory or gloom around. 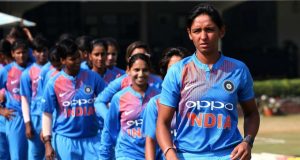 From Edging Past Oz To A Washed-out Semis Game, India’s Road...