Virat Kohli not playing a Test match is a setback for Indian fans. But one thing they get optimistic about is the toss. More often than not, in today’s cricket, winning the toss plays a massive role, especially in the subcontinent.

Stand-in skipper Ajinkya Rahane won it at Kanpur and obviously elected to bat. The template was set. Get a lot of runs when the wicket holds and unleash your spinners when it crumbles.

With no Kohli, KL Rahul, Rohit Sharma and Rishabh Pant, the batting was the area of concern, but India did well to reach 258 for four on Day One.

The following morning was about Tim Southee using his experience to great effect to bring New Zealand back in the Test. On an unresponsive surface for pacers, Southee produced a stellar exhibition of swing and seam bowling to clinch a five-for.

Another gem of a spell was added to the annals of this current brilliant era of seam bowling.

In terms of quality, it was one of the finest spells by a pacer on Indian soil in recent times. New Zealand were back in the Test that thereon witnessed a cat-and-mouse game until the final day.

Social media buzzed, Southee trended, and many perceptions went: here was another Kiwi punching above his weight. But no, if New Zealand had to crawl back in the game, it had to be Southee’s day out.

Contrary to perceptions, Southee has been New Zealand’s best Test bowler for a considerable amount of time. ICC ranks him at the no.3 spot in the bowlers’ rankings. It’s time the world takes note of it and not drop jaws in surprises at such shows.

Trivia: But here’s a jaw-dropping fact. The last time any visiting pacers took five-wicket hauls in Green Park was in December 1979. Pakistan’s Sikander Bakht and Etheshamuddin claimed five wickets each in the first innings of their drawn Test against India.

Only Pat Cummins has a better bowling average than Southee in the above list. It’s something that has majorly gone unnoticed. Getting unnoticed is something Southee has had to live with ever since the emergence of other pace bowling superstars in New Zealand cricket and also in the rest of the world.

Southee lacks the machismo of a Cummins or a Rabada, or the versatility of Burmah or the PR around the supremely skilled James Anderson. Perhaps that keeps him away from the headlines.

The bowlers win you more Tests than batters do. The above chart is a good indicator of why New Zealand is the World Test Champions and hold the ICC Test Mace.

Despite being overshadowed by the other three names in the above list, Southee has been quite a performer, with a bit of Anderson and Stuart Broad. Like Jimmy, he seems to get better with age, and like Broady, he has a penchant for running through sides.

Trivia: Only 13 visiting bowlers have two or more five-fors at Lord’s. Southee has two Lord’s honours board entries, and he has the best bowling average amongst all in the list. The only other Kiwi on the list is the great Richard Hadlee. He did bowl a fantastic spell at the iconic venue in June.

In the 2006-07 season, a Piyush Chawla-led Indian U-19 side comprising the likes of Kohli, Rahane, Ravindra Jadeja, and Ishant Sharma travelled to New Zealand for a youth ODI and Test series.

The Tests were intensely contested. India won at Lincoln, with Kohli top-scoring with 113 and Chawla getting the double of a hundred and five-for. Southee’s 12-wicket haul saw New Zealand level the series at Dunedin. He got Kohli out in both innings. The third Test ended in a draw, with Southee ending as the best bowler in the series with 20 wickets from three matches.

A year later, he made his T20I debut before leaving shores to play in the 2008 U-19 World Cup, where New Zealand lost to the Kohli-led India in the semi-final, but Southee ended up bagging the Player of the Tournament.

He could swing both red and the white ball and also tonk them a fair distance. Southee was termed the next big thing in New Zealand cricket. Their next Christopher Cairns, maybe? He debuted in all formats for New Zealand in 2008.

Trivia: Though he can’t be classified as an all-rounder, he has more sixes in Test cricket than the likes of Sachin Tendulkar, Ricky Ponting, Sanath Jayasuriya, Kumar Sangakkara, Clive Lloyd, Gordon Greenidge, Ian Botham, Kapil Dev and Sourav Ganguly – all of whom known for big hitting and have played well over 100 Tests. Southee has played 80.

Southee’s methods were uncomplex as he made accuracy and movement his strength, relying more on pitched-up balls.

As we headed into the 2010s, he seemed like the natural inheritor to the pace spearhead’s position in the New Zealand camp. Shane Bond and Daryl Tuffey were approaching their career twilights.

Soon arrived Boult, Southee’s partner-in-crime in junior cricket, who leapfrogged him to the leader of the pack due to his superlative swing bowling skills and pace. Then came Neil Wagner, someone who can bounce you out and also swing it. Matt Henry, Lockie Ferguson and Adam Milne had their moments. And in recent times, Kyle Jamieson has been hogging most of the limelight.

Southee has benefitted from playing lesser ODIs. His last game in the 50-over format was almost two years ago. Shortly, we may see him giving up one of the formats to prolong others. He remains invaluable in T20Is, as he showed in the 2021 T20 World Cup and the Ranchi T20I against India (3/16) that he was leading.

Test, of course, remains his priority. And he does travel with the red balls in his kit, even during the white-ball tours.

From a classical outswing bowler, he has evolved as a more intelligent bowler with more control, someone who used lengths and angles to a significant effect and is consistent with it. And he has significantly improved his show with the old ball.

Famous writer Jarrod Kimber notes that Wagner’s presence has helped Southee’s improve his numbers with the old ball, with the average dropping to almost half in the past four years.

India don’t like playing quality swing bowling. No surprise that Southee loves bowling against India, an opponent he has 52 wickets from 10 Tests at an average of 23.3. And he has no preferences. Give him Southampton or Wellington or even a Kanpur, he will find ways to be effective.  He averages 25 in India and under 24 in Asia – usually ruthless conditions to fast bowlers.

Southee’s form will remain crucial to New Zealand’s fortunes in their World Test Championship title defence for the 2021-23 cycle. Southee’s eight-wicket haul in the Kanpur Test saw New Zealand do the unthinkable of pushing a Test in India to its final day with the visitors still in the game.

It doesn’t rain in December in Mumbai. But it is. The strange weather change and the hovering dark clouds may just prove to be Southee’s buddies at the Wankhede coliseum.

For India, Kohli, the ICC cricketer of the last decade, returns at the helm. He averages over 65 against New Zealand at home. For Southee, here returns an old foe from his teens, whom he has dismissed 10 times in senior international cricket. 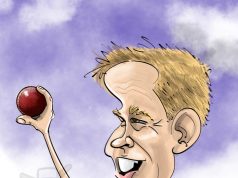 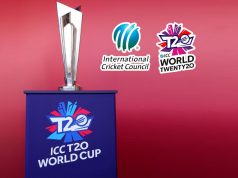 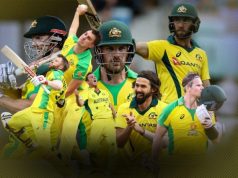 Australia And The Subtle Art Of Turning Up For Mega Events!