There goes a hackneyed saying down under that the office of the Australian test captain is the second most important office in the land. No prizes for guessing whose the first is. But when looking through the lens of verisimilitude, it is the second that more often than not topples the first. Be it the sleighride when the team falls short of it’s towering expectations or the reverence when it soars high, it is safe to say the Australian test captain many a time comes under more scrutiny than the country’s prime minister.

Patrick Cummins sure had all these simulations storming through his mind as soon as he got handed the hallowed role of Australia’s 47th Test captain. His appointment came quite out of the blue following the resignation of Tim Paine just less than a month before the commencement of the all important battle for the urn – The Ashes.

Having just celebrated his ten years anniversary as a test cricketer a mere few weeks back (six of which were spent in the sidelines thanks to injuries), Cummins will have nothing short of a challenge reprising the captaincy role in what is building up to be his biggest cricket summer yet.

If history is anything to go by, Pat Cummins is sure to have feelings of dog paddling in unknown waters. While fast bowlers were never quite the go to option for captaincy, they are an even scarcer breed in Australian cricket. To put things in perspective, Ray Lindwall was the last fast bowler to skipper the Aussie test side back in 1956 that too for a one off occasion.

Although Cummins has been a professional cricketer for over a decade having played 252 matches across formats, his captaincy experience remains extraordinarily barren. Four Marsh Cup One Day Domestic games for New South Wales is all he has got under his belt.

That is not to say he won’t be able to reap great rewards off it. Pat Cummins is a hugely impressive cricketer with a terrific cricketing brain and playing second fiddle to him will be a certain someone who he personally handpicked – Steve Smith.

“There’s a couple of more unknowns about having a bowling captain and that’s why I think from the outset, I was absolutely determined if I was captain to have someone like Steve as vice-captain next to me,” he said.

Cummins also made it clear that he wants his deputy to be more of a collaborative captain than a subservient and wants Smith to be prepared to step in to make tactical decisions at times, particularly when he is bowling.

“There’ll be times in the field where I’ll throw to Steve and you’ll see Steve moving fielders around maybe doing bowling changes, taking a bit more of an elevated vice-captaincy role and that’s what I really want, that’s what I’ve asked and I’m really glad Steve’s happy with that as well. I’m not out there by myself. There’s plenty of people lean on. You know, David Warner’s there, Nathan Lyon, Starcy, Josh Hazlewood. There’s a lot of experience in the side. Sometimes I might need to listen to what they’ve got to say more than what I’ve got to say myself”, Cummins expressed.

This indeed will be a very rare and somewhat unorthodox dynamic that is sure to raise a few eyebrows over the concern of too many cooks spoiling the broth.

But perhaps Cummins’s greatest stumbling block en route to flourishing as a captain will be his own workload management. When to bowl himself in to the attack, how much to bowl and most importantly when to take himself off – will be the key points that he will need to doctor very well.

Playing in an era where it is pretty much within the norms to rest and rotate fast bowlers to keep them fresh and healthy doesn’t really help a fast bowler’s case for test captaincy either. Especially considering Cummins who plays as his country’s spearhead bowler in all three forms of the game, compounded by a track record of repetitive injuries that curtail six years of his career.

However there are signs of reprise for both players and fans as Cummins has shown promising physical metamorphosis ever since his return in 2017. Since his second coming, he has played 33 of his 35 tests and has churned out the third highest number of red cherries for a fast bowler ever since, falling short of only James Anderson and Stuart Broad. He has twice played all five Tests of an Ashes series and completed three four-Test series. Cummins has also been vocal about his desire to sit out limited-overs games if he has to and as such is comfortable with the idea of not getting to skipper the limited-overs side on a permanent basis.

It is no secret that Patrick Cummins is faced with one of the most daunting tasks of transitioning into a position of exorbitant perusals. With barely much time to pick up the pieces till the toss of the coin at the Gabba this coming Wednesday, how he fares will be amongst the most captivating treats for us lovers of the game. Irrespective of the outcome Cummins will come out of the other end forged by the allegorical fire that gave birth to THE ASHES! 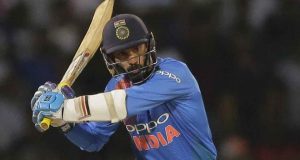