South Africa is the only country in the last one year that has been marred by external forces playing a bigger role than their on-field performance.

In November-December 2020, the mighty English cut their South African tour short due to Covid-19 concerns. In March this year, the Australian team made a last-minute U-turn on touring South Africa citing pandemic related issues.

Thankfully India recently confirmed a curtailed tour of South Africa which will comprise of 3 Tests and 3 ODIs despite the new mutation of the virus plaguing the Gauteng province in the Mzansi.

BCCIs decision to make the tour happen will be a massive relief for Cricket South Africa amid their coffers certainly feeling the pinch due to the England and Australia debacle. This after Netherlands also recently deferred the remaining matches on their current tour of South Africa.

With these external factors playing a dominant role on dictating South African cricket, the players have had a lot of things beyond their control in 2021.

Having said this, what they did have in their control has been their on-field performance. The Proteas have shown spurts of brilliance this year, their performances in the five-day format certainly being mighty impressive.

South Africa has contested three Test Series in 2021 so far and have won two. At the beginning of this year, they walloped a Sri Lankan outfit 2-0 courtesy an inspiring 199 from Protea legend Francois du Plessis who hung up his test boots after this series.

South Africa then toured Pakistan for a two-match test series. They did come second best albeit one man in Aiden Markram showed glimpses of a fine batter that he is touted to be with a prolific hundred in the second test.

The Proteas then travelled to the Caribbean Islands under the new leadership of Dean Elgar as the red ball captain and came out 2-0 victors with a performance worth every praise.

When it came to the white ball-format, South Africa haven’t been as consistent but have showed class in the T20 format. They beat West Indies 3-2, Ireland 3-0 and Sri Lanka also 3-0 away from home.

The Proteas also put a valiant showing at the recently concluded T20 World Cup with winning four out of the five matches they played albeit unfortunately this wasn’t enough to seal a last four berth. Off the field, their limited overs captain Temba Bavuma demonstrated fine leadership with the way he handled the ‘taking the knee’ controversy surrounding Quinton de Kock in the initial phase of this marquee event.

With the Proteas soaring on occasions in 2021, there have been some note-worthy individuals also who have made the team in Green and Gold proud:

About a year and a half back, Aiden Markram was labelled as five-day format specialist. The Pretorian right hander has changed this in 2021.

In the T20 series contested against Pakistan at home earlier this year, Markram scored a in impressive 179 runs with three half centuries at a whopping strike rate of 183.  At the recent T20 World Cup, he continued his fine run, scoring 162 runs with one half century at again a fine strike rate of 145.

To all his doubters, Markram has certainly made a 180 shift in his limited overs exploits and possibly has also filled the void left by AB de Villiers who has finally announced his complete retirement.

The world has known Keshav Maharaj to be a potent weapon in the slow bowling arsenal for South Africa when it comes to red ball cricket.

Well, the Durban-born great much like Markram has changed that in 2021. Maharaj has not only become an able partner to Tabraiz Shamsi in the limited overs format but also a very capable leader.

In the T20 series against Sri Lanka earlier this year Maharaj led his team to a 3-0 whitewash over the Lankan Lions in the absence of Temba Bavuma. He was also lethal with this bowling exploits taking three wickets at a miserly economy rate of just 4.23. Certainly, a praise-worthy showing.

One of the most logical decisions taken by the South African Management this year has been the appointment of Temba Bavuma as the long-term limited overs captain.

The man exuberates confidence, calmness, a thinking head and above all solidarity. Temba has already started reaping the rewards of his captaincy in the shortest format having won 10 out of the 13 games contested.

Off the field also his astute leadership in handling the Quinton de Kock episode at the start of the T20 World Cup was worth every praise. Not only did he show solidarity for the team in front of the media, but also helped de Kock ride those turbulent times with much support. A fine leader and a true blessing for South Africa.

As 2021 draws to a close and 2022 welcomes cricket with open arms, there is lots to look forward to for a Protea fan!

This series is undoubtedly going to be the big-ticket item for the South African summer – cricket wise and financially. With India confirming the curtailed tour which excludes the 4 T20Is, there is still loads of excitement around this tour which is set to commence on Boxing Day.

South Africa and the Black Caps have not contested a Test Series in five years with the last contest happening way back in early 2017. With a new series planned one would certainly hope to see an enthralling contest.

South Africa last played Bangladesh in the latter half of 2017 which was more than four years to date. A new series between these nations with the Bangla Tigers always punching above their weight will surely be an exciting one.

South Africa was in India in March 2020 for a limited overs series albeit it got cancelled due to the onset of the pandemic. With this bumper contest lined up for June next year one would hope it sees the light of day this time.

England had routed South Africa when they toured the Mzansi in 2019-20 with winning the Test Series 3-1. The Proteas since then have been looking to settle the score and their opportunity will finally come in July next year making this series a must watch.

With such bumper series lined up for the Proteas in the time to come, one would more than hope that the external forces at play do not dampen the excitement with cricket and only cricket being the final winner. 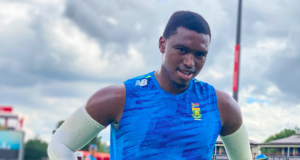 How Was South African Cricket In 2020? Reliving The Highs, Lows...

Pranay Rangra - December 25, 2020
0
South African cricket in 2020 was akin to a ship sailing amid testing waters. Just that the stormy weather this beautiful, very passionate ship...