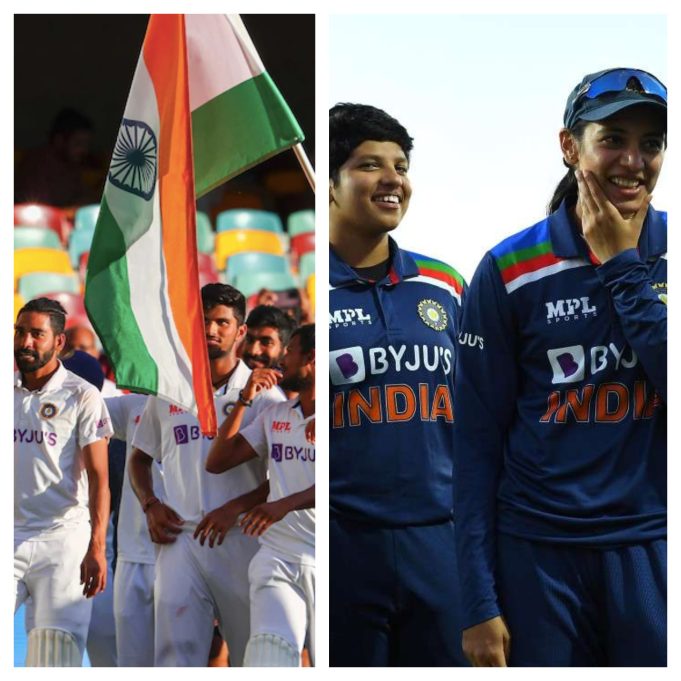 Sometimes sports can provide a medicine that no doctor can. And where it comes to Indian cricket in 2021, this medicine proved to be a relief against obscurity, the incessant COVID-updates fed to one and all through the idiot box and news apps, and a giver of joy in what were tense times.

While there were moments pertaining to Indian cricket in 2021 that did prove to instigate controversy than generate positivity, such as hosting of the IPL amid the COVID outbreak, the team, largely speaking, flew to new heights, produced exciting new names and inspired hope.

It did so playing miles and miles away from the cosy comfort of sub-continental familiarity of India. So as the year draws to a close, one that’s constantly been giving one tense news after another, whether it pertains to the highly-charged political scene of the country or the continued anxieties of the pandemic, let’s rewind to some top moments for Indian cricket in 2021 that made one and all proud:

“It’s full, it’s down the ground. There will be at least one. Saini, he has got the injury with groin. It goes and finds the fence. India incredible! Rishabh Pant is the star!”

These lines by Mark Howard will forever be etched in the memory of Indian fans.

There have been so many great comebacks by the Indian team in their rich test history. But their victory by a margin of 2-1 the BGT 2021 will be considered as greatest ever due to several reasons. They played three tests without their regular skipper as well as best batter Virat Kohli, there were abuses hurled at the Indian players by the Australian crowd and more importantly they had a completely young team in the fourth test due to injuries to their core players like Ravi Ashwin and Jasprit Bumrah.

The way they forgot their horrendous outing in Adelaide and rose from the ashes was absolutely magnificent. Cheteshwar Pujara stood like a rock and the young players like Rishabh Pant, Shubman Gill, Washington Sundar batted around him to script the finest ever chase in the history of Indian cricket. Whenever the Indian fans will look back, they will certainly shed the tears of joy in the memory of that remarkable tour, for it was a tour that made the entire country proud.

INDIAN WOMEN IN THE WBBL AND HUNDRED

Want a great and inspiring story in the sport? Put women in the midst of cricketing action and see the magic they can create. Ditto for Indian cricket in 2021.

There has been a huge demand for an IPL for the Women cricketers and the performance of the Indian girls in the foreign leagues such as WBBL and the hundred in 2021 have added fuel to that.

The star Indian players such as Smriti Mandhana, Harmanpreet Kaur proved their worth for Sydney Thunder and Melbourne Renegades respectively. Mandhana scored 377 runs at an average of 34.27 and a strike rate of 130.45. She played a majestic knock of 114* against the Melbourne Renegades and thus created history by becoming the first ever Indian player to hit a century in the WBBL.

On the other hand, Harmanpreet smashed 406 runs at a superb average of 58 (second best among the top ten run-getters of the tournament) and a strike rate of 130.97. Added to that, she took fifteen wickets at a very good strike rate of 16.80.

Similarly, the young Jemimah Rodrigues was sensational in ‘the hundred competition for women’ as she amassed 249 runs at a very healthy average of 41.5 and a stunning strike rate of 150.90.

These kinds of performances will definitely encourage the richest cricket board BCCI to initiate the IPL for women cricketers.

This Indian test side has been absolutely ruthless and undoubtedly the best unit in India’s rich cricketing history. They proved it yet again this English summer as they defeated the home team convincingly at the two historic grounds; Lord’s and the Oval.

One of the fascinating moments for all of Indian cricket in 2021 was the way the team donning whites excelled in English conditions.

Despite trailing by 99 runs in the first innings in the Oval test, India made a roaring comeback by posting a huge score of 466 in the second innings, thanks to the brilliant knock of 127 by Rohit Sharma, well supported by the entire batting unit. Later, the total of 368 was defended successfully by the Indian bowling unit. This victory was very special as this was India’s first victory at the iconic venue after 1971.

One of the big highlights of Indian cricket in 2021 were the massive feats the ladies bagged playing thousands of miles away from home comfort.

Smriti Mandhana took her legacy to several levels higher when she became the first Indian woman to hit a hundred in a pink ball test this year. The dashing opener achieved this incredible feat by smashing 127 runs against Australia at the Carrara Oval. The gorgeous knock included twenty-two stylish fours and one six and helped India post a formidable total of 377 in their first innings. This was also the first ever century by an Indian woman on Australian soil and Smriti was awarded the ‘player of the match’ for this glorious knock.

THE BEGINNING OF DRAVID ERA AND THE CHANGE IN LEADERSHIP

Indian Cricket in 2021 came in closer proximity to the man it calls the Wall, perhaps coming in closer contact than before with a wisdom-giving tree of a man to find greater stability.

After a lot of rumours and speculations, Rahul Dravid has finally taken over the reigns as the coach of the Indian men’s cricket team. Added to that, Rohit Sharma has replaced Virat Kohli as the Indian captain in ODIs and t20Is. We all know that both Dravid and Rohit have amazing brains and therefore a lot of Indian fans have high hopes on this duo to end the ongoing drought of an ICC trophy, which India haven’t won since 2013 despite being one of the top contenders in all the ICC events.

Dravid, since his captaincy stint, is known as being a visionary person and was the coach of the Indian under-19 team that won the world cup in 2018. On the other hand, Rohit has the experience of leading Mumbai Indians to five IPL titles. Also, he has led India to triumphs in multinational tournaments like the Asia cup and Nidahas trophy. The duo is expected to bring certain much-needed reforms that will make India a gigantic unit in white-ball cricket.

Apart from these, the rise of Shreyas Iyer in test cricket is definitely something to cheer about for the Indian fans. The experienced Ajinkya Rahane has been struggling with the bat since a long time now. In such a situation, the brilliant performance of Shreyas Iyer in the recent home series against a strong New Zealand team has provided India a reliable middle order option in the longest format.

Added to that, the brilliant performances by the young players like Prithvi Shaw, Ruturaj Gaikwad and Venkatesh Iyer etc. in domestic cricket has ensured that Indian cricket will be served extremely well in the upcoming years.

These are several positives to take away from the year 2021 as Indian fans, as we move to the next year together. The rise is inevitable and we hope the Indian cricket makes us proud in 2022 as it has done over the years.

THE YEAR OF PROMISING NEW FACES IN THE WOMEN’S TEAM

In the only Test India played in England and against a lethal line-up featuring the great Katherine Brunt and the foxy Sophie Ecclestone, daring young debutant Shafali Verma delivered a big punch. Her majestic, stroke-filled 96 off 152 eased the tenseness of playing in English conditions where India doesn’t play all that much.

Unbothered by the quality attack she was up against, Shafali’s wonderful maiden fifty in Tests announced her in the big stage of the sport much like she bats- in a carefree and utterly confident manner.

At the same time, it was fantastic to find in Sneh Rana, another debutant, aged 27, a quality all-rounder that has the potential to go the long distance.

The wily off-spinner, who likes to focus on her game quietly without much fuss made a name for herself through a vital four-for. But when it came to batting, a time during which India were rather tense, the right-hander stuck to the wicket batting long for 154 minutes. She’d remain unbeaten until the end on a useful 80.

Elsewhere, where Jemimah Rodriguez was firing all cylinders during what was her fantastic maiden stint in England-bound “The Hundred” in which she smoked 241 runs, the most in the contest, Richa Ghosh (a technically correct right-hander) emerged as a vital addition to India’s white-ball stable.

Together, with much effort and evident class, this quartet can- and must- go a long mile to serve the country. 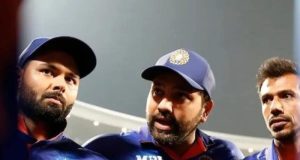