For someone who immediately got into the act in his Test career, circa 2011, when he made 292 runs in his debut year, Kraigg Brathwaite does things quietly, without making a big deal about them.

No songs, no drama, zero hype.

This was the case when at the Wankhede in 2011, his maiden tour to India, he reached 63 but batted long for 212 deliveries. In so doing, he frustrated the likes of Ojha, Ashwin, Yadav and Sharma.

He was quiet and patient. Unbothered even.

Here we are a decade on from that contest. 2021 is drawing to a close. A few days back, he was in Galle amid usual chaos.

But Kraigg Brathwaite did his job, even as it seemed someone had put the shutters down on the bats around him.

He stayed put for 185 deliveries, this time scoring 72.

Doing his job amid a mockery of what was West Indian batting that tour, nothing much had changed.

He was quiet and patient.

The only change, if any, was that he may not have been unbothered on this occasion.

A decade back, he was just a Test newcomer. This time, as he watched batting minus any application, he was the captain.

That newcomer from Barbados was watching familiar proceedings but as a captain perhaps somewhat broken.

Few, not even Mayers or Bonner or the experienced Jason Holder, were able to read the spinners.

In the first Test, even Brathwaite couldn’t. He fell twice to Ramesh Mendis.

Yet, in 2021, regardless of what one may say about the right hander, who’s not only a batsman, but a Test leader, the following can’t be denied.

2021 was quite the year for Kraigg Brathwaite, the batsman. Surely, the captain in him has much work cut out for him in the five-dayers. This was a year, where after all, the West Indies were only able to win 3 Tests- two against Bangladesh and 1 versus Pakistan– they lost horribly to South Africa and Sri Lanka.

The big letdown being they had 10 Tests at their disposal from which to do something unique, show grit and fight for the cause that’s Test cricket, and, thus, for their own revival.

Their woes against spin stood exacerbated by the visit to the island paradise, where it seemed that Dimuth Karunaratne unleashed upon 11 unsuspecting men, two game changing spinners in Embuldeniya and Mendis.

Yet, one man persisted, almost alone.

That was Kraigg Brathwaite.

A hugely underrated statistic from a dismal tour was that the Bajan alone batted for 335 deliveries from the 2 Tests.

Surely he’d have loved a Chase, Hope, Mayers and Holder to give him company. That they didn’t had little impact on the ability of a batsman who places watchfulness on a higher pedestal than big muscles or wearing bling.

But aware of the fact that having long stands at the Test level is but a luxury for a West Indies, who’s revival-mode has taken far too longer than it should have, Kraigg Brathwaite soldiered on.

A vigil that garnered him 675 runs. His batting, rock solid, oozing very SUV-built solidity allowed him to take his innings deep.

Rather interestingly, the very opponent against whom his team struggled, Kraigg Brathwaite found a way to score a hundred.

His 126 off 311 in the Caribbean versus a Sri Lanka with Viswa Fernando, Lakmal and Embuldeniya appeared like an authority on defensiveness. Not just that, but mindfulness in batting.

Then came that very crafty 97 off 221 deliveries against Pakistan. At Sabina Park, the Chris Gayle- land, the show wasn’t about six-hitting but about upholding patience as the great virtue.

The virtue one wishes others around Kraigg Brathwaite, a simpleton, had.

In some ways, his concentration amid constant batting deterioration in an era of vulnerable Windies batting makes Kraigg Brathwaite’s approach totemic to Test cricket.

It reminds one and all about the main symbol of Test cricket being pure focus. The desire to stay put, in an ideal world, from the morning rays to the setting sun.

It all makes Brathwaite, who started the year with a not-so-defensive 76 in Bangladesh (Chittagong), among the last preservers of the values Test cricket requires.

Patience. The likes of Dravid have built entire careers on it. The likes of Pujara made a name around it, the likes of modern Windies batters need a lot of it.

And in Kraigg Brathwaite, whose last two calendar years only produced only 416 while 2021 gave 675, has lots to offer.

Surely, he’s still not the perfect Test bat he can become. Must become. Not once has his career average, on the whole, reached 40. He should strive for it. He’s got time.

Importantly, he’s trying. Someone in the West Indies is trying in that very format where a Lara and Chanderpaul blazed a trail and became legends. Trying in a format where the present team is a bottom dwellers.

Is there sense for others to adapt the Kraigg Brathwaite-template to learn how to keep bowlers and who knows, even defeats at bay?

Surely, nothing else would please the reticent Barbadian more.

Nothing else would please the West Indian fan. 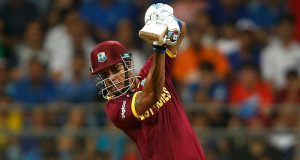