English Test cricket, where it stands right now, seems to resemble the part of a convalescing patient battered by an unruly gang outbreak. It’s tired, visibly exhausted from the series of blows received and needs timely attention. How’s this, but?

The way England played against a strong Indian side last summer, it was certainly expected that they would at least give some fight to the Aussies in the Ashes. But they seemed absolutely clueless against their archrivals and failed to regain the urn yet again for the third consecutive time.

Well, as it stands, England are going through a torrid time in the longest format of the game for quite a while now. Also, there are some very big challenges awaiting them in the near future; like their quest of finding a stable opening pair doesn’t seem to end anytime soon and the experienced pace bowling partners Anderson and Broad are in the fag end of their career. Therefore, the path ahead is only going to be trickier for them in tests.

We certainly can’t underestimate the bowling skills of a guy who has dismissed all three of Virat Kohli, Kane Williamson and Steven Smith multiple times in his brief test career so far. With a bowling average of just 12.83 and a strike rate of mere 40.5 against these three legends, Ollie Robinson, by far, seems the most able successor of James Anderson in test cricket.

Regarded as a promising prospect to watch out for, Robinson made his debut against a strong New Zealand side last summer and has never looked back since then. His heroics were highly applauded in the following series against India, in which he topped the list of highest wicket takers with twenty-one dismissals to his name at a brilliant average of 21.33. There were some doubts on how he would perform down under considering his moderate pace. But Robinson answered his doubters in a convincing manner by picking eleven wickets at a pretty good average of just over twenty-five. His ability of getting the movement off the deck along with steep bounce from hard length using his height makes him a dangerous customer for anyone. Thus, he is seen as a terrific candidate to lead England’s pace attack in near future after the departure of Stuart Broad and Jimmy Anderson.

The test career of Jonny Bairstow has been nothing short of a roller-coaster ride thus far. If we look at his test career, an average of just over thirty-four after playing eighty test matches is certainly underwhelming. But the recent improvement in his batting technique is there to see for everyone. Although he didn’t score too many runs against India, he played the incoming deliveries targeted at his off stump with ease, which once used to be his nemesis in tests. He looked comfortable in the middle, mostly got out to jaffas and was England’s second highest run scorer after Root in that series.

It was surprising that he didn’t get to play the first two tests in the Ashes, but his performance in the next two tests including a hundred at the iconic SCG was enough to assure the team management of the reliability he brings in their otherwise fragile middle order. Being one of the senior pros in the English dressing room, Bairstow is certainly the ideal guy that England should persist with to carry their batting apart from Root and Stokes.

He might seem technically deficient against the moving ball, but the quality that makes Crawley stand apart from the other young English batters is his ability to score against pace and bounce. He is among those rare English players who have a fearless approach to deal with some hostile fast bowling. It seems from his batting that he believes in scoring runs as long as he stays in the middle. Yes, he is yet to work on his technique against the moving ball, but it is always a luxury to have this type of players who have a positive mindset. He has age on his side and can certainly be an improved player against swing bowling with time. Therefore, England should keep persisting with Zak Crawley for the time being and let him a decent run to prove his worth in test cricket.

The kind of situation England Test cricket is in right now, it will take a healthy amount of time as well as some sheer effort for the poms to revamp their game in whites. But truth be known, these three players seem to have the gusto and willingness to be the shining lights for a much loved team to find its rhythm in Test cricket again. And should that happen anytime soon, we’ll see Test cricket serenaded by a newfound sound of rediscovery. 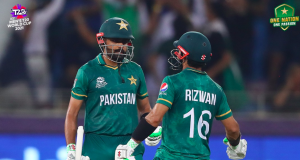 Before Pakistan Play Any Further Cricket, Let’s Recognise Their Heroism In...

Shivani Shukla - November 18, 2021
0
For a team that found itself pleading with those who abandoned visiting it at the very last minute , including the administrators...