It has been thirty eight years since Rod Marsh retired alongside Greg Chappell and Dennis Lillee culminating into one of the most high-profile retirements of his era, today we look at the legendary keepers’ career

Rod Marsh retired at the age of thirty six years, ending only four shy of 100 Tests. One thing’s certain here. He was a man of his intent, not desirous or lustful of going ahead for no rhyme or reason. He stopped when he saw it apt. Make no mistake, fitness was a special arsenal for the Armadale-born.

This is where he was different, his own man. Any other cricketer would have thought about the milestone, but Rod Marsh have played all his life as a team man, a reason why he was highly respected as well.

Rodney William Marsh played fourteen years of International Cricket, during which he emerged as one of the finest gloveman in history of the game and by the end of his career he was no.1 in terms of dismissal with 355 of them on his name.

Marsh was called for Test debut for his batting rather than his keeping, in initial stages of his career his glove work was found wanting, he was nicknamed as Iron Glove by the media who gave this name in sarcasm. However, he improved his wicket-keeping skills by leaps and bounds as his career progressed. He took a few stunners during his career.

In 1972-73, he became first ever Australian wicketkeeper to score a century. This was the era where greats like Sir Sunny, Michael Holding, Derek Underwood, Jeff Arnall reigned supreme. In the 1975-76 series against the West Indies, Rod Marsh took a world-record 26 catches in six Tests. Later on “caught Marsh bowled Lilliee” became acronym in Australian cricket in late 70s and early 80s.  The record books shows that this was repeated for 95 times as the pair formed one of the most celebrated bowler-keeper pairs.

While Marsh left for World Series Cup in 1977-78 along with Greg Chappell and he was heavily criticised but never had any kind of affect on him.

He was quite clear what he wanted and was upfront on it. He had also criticized his captain in the infamous underarm saga that took place in 1981 against New Zealand.

For him honesty and respect was very important.

Marsh ended his career with record dismissals, even today he only behind Mark Boucher, Adam Glichrist and Ian Healy. On his retirement in 1984, Marsh had played in 96 Tests, taken a record 355 dismissals and scored 3633 runs with a top score of 132 at an average of 26.5

Post his retirement Marsh headed the cricket academies in Australia and England and helped to develop some of the best talents like Kevin Pitersen, Andrew Flintoff and others.

He was among few players who was respected all across the world and popular across generations, a fact which was evident from the comments that poured in after his demise. 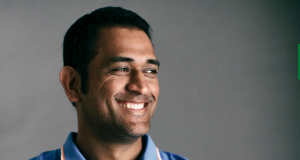