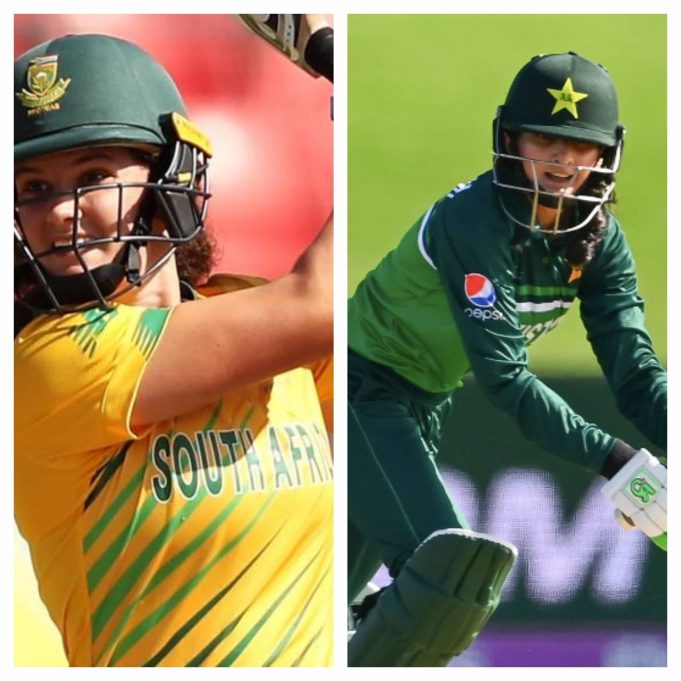 Desperation and determination. These extremely divergent words perhaps sufficiently explain the flagrant fortunes of two teams that are all set to mark game number nine of the ongoing Women’s World cup. Finding no respite yet again in their recent contest against India, which again culminated in a loss makes Pakistan the more desperate of the two sides starting tomorrow’s encounter. Meanwhile, the Proteas women, fresh from a campaign-opening win, albeit against Bangladesh, would be determined to pouch another victory.

There’s little doubt that the Proteas women, clearly the more in-form unit of the two, can get it. Historical evidence basis the clashes between the two suggest that the South Africans quite simply up the tempo of their contest where it comes to facing Pakistan in World Cup games.

The last that the two uniquely talented sides faced one other in an ODI world cup was back in 2017. The Proteas emerged unscathed even as a late batting collapse took the contest into the forty ninth over with Pakistan asking no more than 207 for a win.

The win came and with an over to spare with Laura Wolvaardt, cricket’s latest adjective for a glowing cover drive, and the dangerous Lizelle Lee carving beautiful fifties to uphold the Proteas women’s authority over Pakistan. Nahida Khan, the only batter who seemed to be having the shots in her book to challenge the likes of Kapp, van Niekerk (absent this time around), and Ismail produced a fantastic half century. But it was too less in front of a team that has too many match winners.

And rest assured, most of them will once again take to the field in what’s slated to be a close encounter between two exuberant sides come March 11.

As it stands, in the quintuplet of captain Sune Luus, Laura Wolvaardt, Mignon du Preez, Marizanne Kapp and Shabnim Ismail the Proteas women seem a unit capable of unfurling armored warfare. But the moment you bring Lizelle Lee, expected to return tomorrow, into picture, the team becomes powerful on a whole new level.

Moreover, here’s something that would bother Bismah Maroof and may just concern any existing white ball captain.

Will fireworks prevail at the Bay Oval with the Proteas lighting up the evening sky? It’s conjecture for now.

Bowlers in the Pakistan line-up, which make no mistake includes impressive seamers like Diana Baig will have their task cut out. Eat into the top order early, get Wolvaardt and Lee cheaply and you’re staring at the mighty experienced but slightly scruffy looking du Preez. The point, though, is that cricket isn’t played on paper; it functions on execution.

And that’s precisely where the Pakistani bowlers will have to up their game and get the basics right. Think fielding. Think the missed chances versus Australia. Then there’s concern given the likes Nida Dar, a defaulter of her own fielding, is running on scant runs. A possible great-in-the-works is out of form with the bat.

Never a better opportunity to bounce back to form against a stronger opponent. The time to fire is now. Can this talented all-rounder get behind some runs and contain some with her useful off spinners?

Someone in the Pakistani lineup, a collection of talented batters, think Aliya Riaz, Javeria should she play, Dar herself will have to draw a leaf out of captain Bismah Maroof’s book. While she may have taken 122 deliveries to score her unbeaten 78 the other day, Bismah’s lone vigil against Australia ensured that the bowlers had, at least, something to defend.

So as they face the power-packed Proteas women, Pakistan will have to come together with their bats and score something starkly north of the painfully-accumulated 190 against Australia.

Remember it’s the Proteas. Even if Lee or Laura fail to fire, any among the triumvirate of du Preez, Tryon or Luus will get you.

Then there’s the ever-dangerous Kapp, the only batter in the current squad to have a hundred against Pakistan in a World Cup.

And what a knock it truly was. Nearly a decade back in time, circa 2013, Kapp soldiered on for 150 deliveries to notch up a fantastic 102, her only world cup century so far. Time to go big again, Marizanne? You’ve got the licence to thrill.

But factually speaking, what Pakistan would do well to remember is that they’ve not beaten the Proteas in their last two ODI world cup outings. If you rewind further back to 2013, you’d remember Pakistan’s embarrassing 81 all-out.

Such a performance, if repeated, can only bring early curtains to their 2022 campaign, which is still afloat and still has plenty of contests in the mix.

What will certainly define the context of tomorrow’s game, should Pakistan desire it being a closely-fought battle, will be their batting. Their ability to strike early and make magic with spin is a noted strength. While Baig can make the ball move, the likes of Nashra Sandhu (3 wickets from 2 games already) can draw early first blood.

Where they lack is the dearth of any substantial partnerships. Where are they going to come from? If Bismah, for instance, is playing their Meg Lanning, then who’s in the role of Rachael Haynes? March 11 will once again bring a fiercely competitive side against one that aspires to play as one.

But draw random conclusions only at your peril for just the way the Proteas women can play an inspired brand of cricket, Pakistan can play spoilsports by being capricious contenders.

We have some exciting 100 overs of cricket ahead of us. 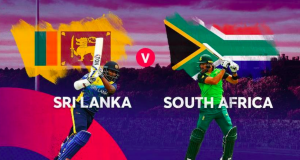 Here’s How The Proteas Could Line-up Against Sri Lanka For The...

Pranay Rangra - December 11, 2020
0
As a die-hard Protea supporter, I would like to extend a big thank you to the Sri Lankan cricket board for giving the green...