For over two days, Pakistan defied all odds to battle out 171.4 overs to script one of the greatest escapes in history of Test Cricket with Captain Babar Azam, Mohammad Rizwan and Abdullah Shafique playing pivotal roles to ensure the team’s clean record against Australia at Karachi!

By the end of the Test match at National Stadium at Karachi, the Australian team and Babar Azam were left completely exhausted. For almost two days, Pat Cummins’s men tried their best to breach Karachi’s Fortress. But were defied by a brilliant innings by the Pakistani Captain Babar Azam who held one end for more than a day, showcasing one of the best fourth innings master class that we’ve come to see.

It could be said with certain safety that transpired at Karachi was Test Cricket at its bloody best. We’ve seen teams back in the day completely forlorn and lacking lustre and with their backs pushed to the wall. And it is precisely there, where one lacks hope to bounce back that a turnaround takes shape.

Though that was unfortunate for a Pat Cummins, Mitchell Starc, Steve Smith-powered Australia.

The right-handed Babar Azam was ably supported by his deputy Mohammad Rizwan who made a well-deserved century and youngster Abdullah Shafique who is very new to the international cricket. These three took Pakistan to safety by the end of the Test and ensured that the series was 0-0 moving to Lahore next week.

On the other hand, Australia were once again left gasping after two days of hard work in the field. It is the fifth time in last two and half years that Australia have come so close and yet been unable to finish things off and every time it has costed them dearly. Picture the loss at Headingley in 2019, which meant that they couldn’t win by 3-1.

Then their first series win in England since 2001. In 2020-21, they couldn’t close it out at Sydney and Gabba in spite of being firm favourites and ultimately leading to losing their proud record at Gabba and squandering their second series at home against India. Cummins would hope this might not cost them series at Lahore. For this it is also important to improve the standard of fielding, which saw them dropping at least four catches.

Pakistan on the other hand, would rate this as their best efforts to save a Test match. This is the most (171.4 overs) they have batted in the fourth of innings of their Test match in their 70 years of Test Cricket history. One of the Test which could draw parallel to this match was between South Africa and England at Johannesburg in 1995, a match where Michael Atherton played an epic 185* along Jack Russell who faced 235 balls for his 29* runs. England faced 165 overs to defy South Africa in what looked a sure shot victory for the host while Pakistan batted 171.4 overs to ensure that they emerge successful in their aim to draw the match.

It was also fitting that Babar Azam also broke the record of Michael Atherton’s innings for the highest score by a captain in the fourth innings of a Test from the same Johannesburg Test of 1995. Atheron, it mustn’t be forgotten, scored 185* during his marathon innings while Babar Azam amassed 196 in his captain’s knock.

Let us have a look at some of the most memorable moments when the teams have fought against all odds to draw a Test match, these records include the instances when team has batted in fourth innings to draw the Test match:

South Africa vs England at Johannesburg in 1995 – set 479 to win, England secured a heroic draw, battling 165 overs across two days at Wanderers.

West Indies vs England at Kingston in 1930 – Set a daunting 836 runs to win, West Indies batted 164.3 overs to save the Test in what looked a certain defeat.

That being said, one of the beautiful aspects of Test Cricket, which cannot be found in limited over version is that sometimes these heroic draws can take you to the edge of the seat and can be box office bonanza. This, in turn, can be a great advertisement for the sport instead of one sided contests. 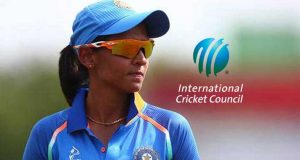 Shruti Banerjee - January 2, 2019
0
Women’s cricket has seen a wonderful year with the ICC Women’s World T20 as well as in the international series. Based on the blistering...