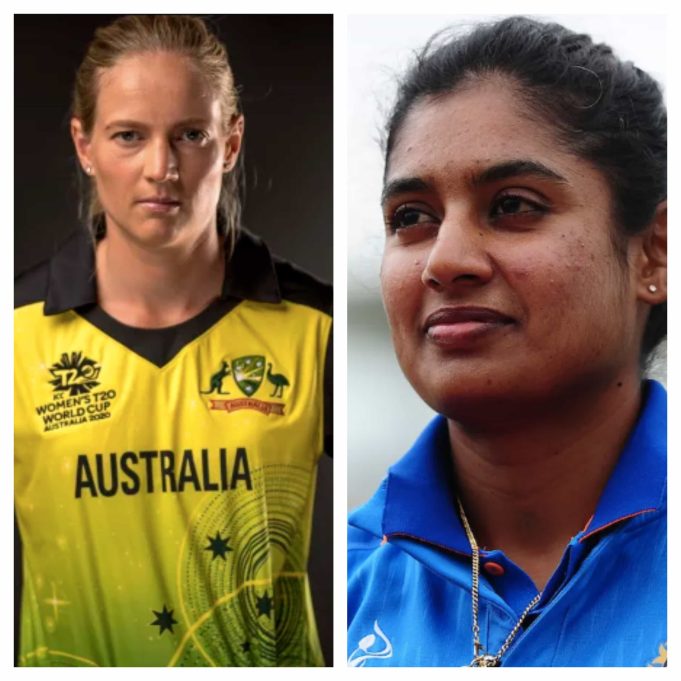 If one were to focus on the Women’s World cup encounters between India and Australia, which is contemporary cricketing flavour, then it would seem that India hold a slight edge over their arch rivals and as often quoted, nemesis- Australia. But while throwing a bucket of stat over the intrepid fan would only make things cumbersome, it makes sense to simply breeze past the previous five encounters wherein the two forces clashed to draw some conclusions.

Beginning with the 2005 World Cup, Australia tanked India by a hefty margin of 98 runs. Those were the days of the great Karen Rolton and the Australian legend’s unbeaten 107 gave India the jeepers creepers. What made the world cup win rather sensational was that the Aussies whipped India in India, which isn’t always a cakewalk.

Cut to the 2009 Women’s World Cup. The two met each other twice in an event where one saw an out an out Indian domination of Australia. In the first contest, Anjum Chopra weighed in on the Aussies with a dominant 76 with Mithali Raj chipping in with her watchful 44. Forget not the cameo of Harmanpreet Kaur that saw the dasher race away to a 19 off 8. It was enough for a Raj-captained unit to steal away a 16-run win. The second contest of the elite stage saw India win by a margin of 3 wickets. Jhulan Goswami’s gritty spell of 2 for 21 in 9.4 overs helped put a tight lid on the Aussie scoring. But the headliner from the contest was that no fewer than 7 Australian wickets fell for single-digit scores, which when compared to today’s dominant batting, was such an anomaly in the way the Southern Stars play their cricket.

The two never faced one other in the 2013 Women’s World cup and would meet twice again in the 2017 world cup, which was clearly a standout event in the way it shaped the women’s game around the world, giving it the necessary boost and lift amid a time where the fan was perhaps only obsessing about men’s cricket.

Who’ll ever forget Harmanpreet Kaur’s destructive and domineering 171 not out. A revolutionary knock scored against a cracking bowling line-up featuring modern icons in Schutt and Perry, the pathbreaking inning has gone onto to achieve a cult status with several fan clubs, Twitter handles and women’s content blogs named in its honour. Thanks to this powerful knock, India would evict the Australians in the semis, a perfect way to overcome their bitter loss that came earlier in England wherein Australia won an ODI comfortably at the back of Meg Lanning (76) and Ellyse Perry’s (60) batting heroics. The only saving grace from India’s stable was captain Mithali Raj’s typically stoic 69.

But that’s about the World Cup contests and the numbers date back to the past. For a game so eternally wired in the ‘now,’ it’s what you do today that counts the most regardless of us all harbouring a penchant to seek delight in what transpired yesterday.

Where recent form indicates, then India have beaten Australia in only 10 of their previous 49 ODI meetings, which isn’t something Mithali Raj or any of her team member would be proud of. It points to some struggles particularly where the collective batting efforts of the unit stand and perhaps also pose a hint that maybe the team is overly reliant on its big three, namely- Smriti Mandhana, Harmanpreet Kaur and Mithali Raj.

And while true to a talent taking to some fondness for a particular opponent, Harmanpreet’s record against the Australians points to a certain comfort, it shouldn’t be that the fiery right hander rests on past laurels when she faces the troika of McGrath, Schutt and Perry in the next few hours.

Typically from a batting point of view, the Women’s World Cup 2022 encounter will offer a chance to India’s batting depth to explore its true capability against a bowling attack where modern icons in Schutt, Perry, and Jonassen together constitute 390 wickets.

And that’ll could mean there’ll be a bundle of nerves, think Yastika Bhatia or Shafali Verma, creeping out of a layering of experience given the presence of India’s famous troika Mithali, Smriti and Harmanpreet.

The key question, from an Indian perspective would be whom to play between Shafali and Yastika in what’ll essentially be a must-win for India? Yastika has looked confident if not solid against every bowler in the previous clashes against Windies and the White Ferns but converting starts into a meaningful score has been her issue. Does that mean for the Women’s World Cup 2022 contest against Australia India opt for Shafali to give their young left-hander some rest?

But what are the chances of the Shafali and Smriti pair firing bullets against what’ll again be a difficult to beat Aussie line-up?

There’ll be more concerns in the Indian batting order when you think of how Deepti Sharma hasn’t quite contributed with the bat despite carrying the tag of an all-rounder but none more glaring than captain Mithali Raj’s form.

There’s a genuine absence of runs and moreover, the rate of scoring ever so dainty runs (1 vs Eng, 5 vs Win, 9 vs Pak), has come under scrutiny and perhaps it should. Moreover, you cannot always rely on a Mandhana and Harman to save the day for you, both having already scored scintillating hundreds in the Women’s World Cup 2022 event, with the left-hander conjuring no fewer than 216 runs from just four outings.

Which leaves us to wonder whether a special Sneh Rana and Pooja Vastrakar show, as seen when dearly needed against Pakistan can save India the blues should the top and middle order fail to deliver?

But it’s all this and that for now. What isn’t, however, is the way the Australians have played, rather characteristically so far. Having already emerged undefeated, winning four back-to-back games, the Meg Lanning-led side is pure charisma. They leave nothing to chance and cut no corners, which is why the chances of an Indian upset seem less likely than the expected but familiar show of an Australian rout of Mithali Raj’s team, as seen in 2021 tour Down Under where India won a solitary ODI.

Moreover, to add more bite and panache to the Australian line up is the emergence of brave all-rounder Tahlia McGrath who’s in form and Darcie Brown, among the finest medium pace bowling finds in world cricket at the moment. The 19-year-old Brown left the White Ferns huffing and puffing with her 3 for 22 that yielded a famous win at Wellington.

Yet all of that said, the player who’s easily the X factor for Saturday’s mighty Women’s World cup clash is Rachael Haynes. Fact is, regardless of whether the going gets tough or easy, Haynes always chases- and gets- runs.

Her tenacity at the top order besides her being the perfect foil for the right-handed Alyssa Healy‘s aggressive gameplay have ensured the Southern Stars some exciting moments, not to mention, match-winning ones. With an unbeaten 83 against Taylor’s Windies women and that impeccable 130 against Heather Knight’s England team, Haynes left sore eyes and crushed hearts thus far.

Will another team suffer the bane of Rachael Hayne’s magnificent form- we shall have to wait and see. But what’ll matter most in the big Women’s World cup 2022 encounter is whether India will have their plans prepared to chalk out a strategy for what is essentially a lanky line-up of stars.

Even if they can get Haynes and Healy out cheaply, there’s Lanning and Mooney to repair the score. If they get these two worked out, there’s Perry and Gardner. Then there’s Perry the bowler, Gardner the all-rounder and Schutt with her in-swingers and off cutters to deal with.

Fasten your seatbelts for we’ve got quite a show on our hands and the good news is, India have legends to counterfoil Australia in the likes of the irrepressible Jhulan Goswami, which shall neutralize threats to an extent. But what’s the surety- we will find out come March 19, 2022. 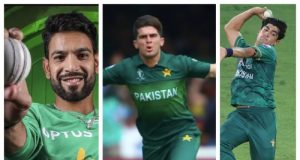 How Strong Does The Pakistan Fast Bowling Attack Look For The...

Harsh Raut - October 14, 2022
0
Pakistan cricket team, when we hear this word first thing that comes to our mind is their lethal...