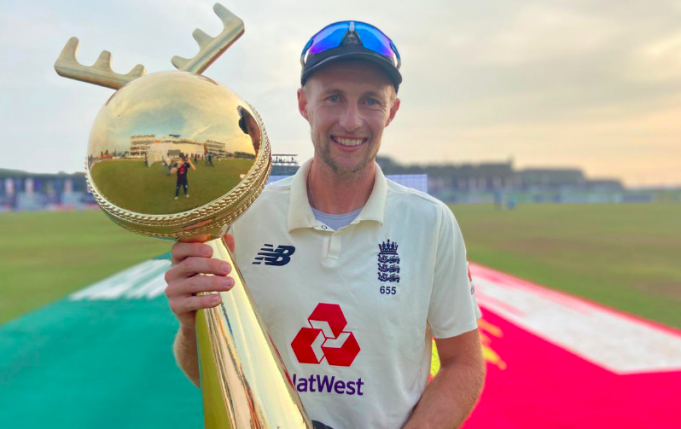 At last, Joe Root couldn’t bear the pressure he had been bearing all these years as captain of the English team given the losses, criticism and the expectations that came along. But has his career as a leader been anything but topsy turvy?

South Africa will be touring England in 2022 and if someone says that they seem to have done some black magic on English captains then perhaps it wouldn’t be entirely wrong; their arrival or pre-arrivals have often brought an end to the captaincy tenure of some of the biggest names of England’s Test history.

Since 1998, the Proteas have lost just one Test series in England. The 2003 series ended the career of one of the most tactical genius captains, Nasser Hussain. In 2008, when the visitors won the historic series- it ended the captaincy of Michael Vaughan, England’s most successful captain in past four decades. In 2012, Andrew Strauss not only left the captaincy but international cricket with it. Just before the commencement of 2017, Alastair Cook quit English captaincy having been rendered completely exhausted with the challenge of leading a bastion of Cricket.

And what do we see now?

With 2022 only hitting a quarter, one of English cricket’s most committed quartermasters in Joe Root has abdicated the proverbial throne.

In his five-year stint, Joe Root got the privilege of becoming the captain to lead the team in the most number of Tests (64).

But the big occasion player didn’t just let that opportunity pass without stamping his class as a leader; he’d go on to record twenty seven wins (27), the most by any English captain in the history of the game.

Though that said, the flip side of the coin is that he also suffered the most number of losses (26) by anyone who has captained England in Test Cricket.

It’s a strange anomaly in the system much like Rahul Dravid, who holds the record for facing most Test deliveries for a batsman, also holding the dubious record of being clean bowled on most occasions.

It’s a yes and no, a situation where you facepalm and also jump in jubilation.

But of late, both fans and analysts alike began to get a feeling that English Test Cricket had fallen below several levels. The downslide being evident since 2015, as the focus began to shift shift from the longer form of the game to ODI and T20 Cricket. The results of this tectonic shift, however, have been remarkable as England won their first ever 50-over World Cup and have been performing wonderfully in T20 International cricket.

They sunk the West Indies, two time world champions in T20Is, to an all time low of 55 all out just last year and that too, in the shortest formats biggest occasion: the World cup.

Things however have gone awry in Test cricket; the pipeline started to dry as domestic cricket couldn’t supply the necessary replacements of the big guns. It has been four years but England haven’t been able to find a replacement for Sir Alastair Cook and there is no one anywhere near the caliber of James Anderson or Stuart Broad.

What was particularly shocking as seen recently in the Caribbean was that some English fans took to social media and began the chant that bowlers like Overton were hardly a fit for the five-day game.

But while Root, the captain couldn’t quite steer the ship amid duress, Root, the batsman almost always stepped in.

Here’s a small example of that.

So far, among the classiest batsmen of his era has gone on to face 300+ deliveries in Tests on seven separate occasions. He faced these many on four occasions in 2021 alone, when serving the team as its captain.

In an era of decline of Test standards in English Cricket, Root was the mainstay who prevented the English Test team from crumbling completely but in the end it was too much for him.

He had the year of his life in Tests with kinds of runs he scored, especially against belligerent bowling attacks such as India.

But in spite of that, the holes in the team became so huge that he was unable to fill them solely. Which was also an overwhelming challenge lest you forget.

Openers who continued to fail, a middle order that continued to collapse and a bowling line up that was overly reliant on old war horses; their cricket just couldn’t cope up.

A reason why England could muster just 1 win in 17 Tests played since the second Test of Indian tour in 2021. Let that sink in.

During his five-year stint as England’s captain, Root registered some of the big wins, winning in Sri Lanka in 2018 by 3-0 and then drubbing the island nation 2-0 in 2021. That wasn’t all; Root would commandeer his troops to a 4-1 series triumph against India and then won in South Africa by 2-1 in 2019-20.

However, amid his achievements, there came many a pitfall playing spoilsport. He lost twice in Australia by a margin as huge as 4-0 and twice in New Zealand by 1-0.

The biggest jolt in these defeats was was losing against the West Indies, first in 2019 and then, in 2022 again. Was this the final nail in the coffin? It’s anyone’s guess.

What you ought to feel sad about is that Joe Root lost the support of the staunchest of supporters who asked him abdicate captaincy.

Root was neither a tactical master like Hussain or Vaughan nor he was hugely fortunate like Andrew Strauss to have the best talents at his disposal. Yet, he tried and still fared far better than his celebrated predecessors. In spite of the glut of wins in recent times, Root will be remembered as a captain who earned respect of his teammates. Among them, a certain Ben Stokes, clearly the finest current all-rounder in the game alongside Jason Holder.

What follows could well be another fresh reign for Joe Root the batsman. He’s, after all, just 31, younger than Kohli, a fine contemporary of his.

But what warrants substantial discussion is what may happen in the course of the future since we all know Cook retired from the game aged just 33? 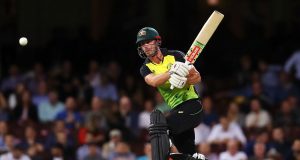 Power, Timing, Runs, He Has Them All. But What’s The Chris...