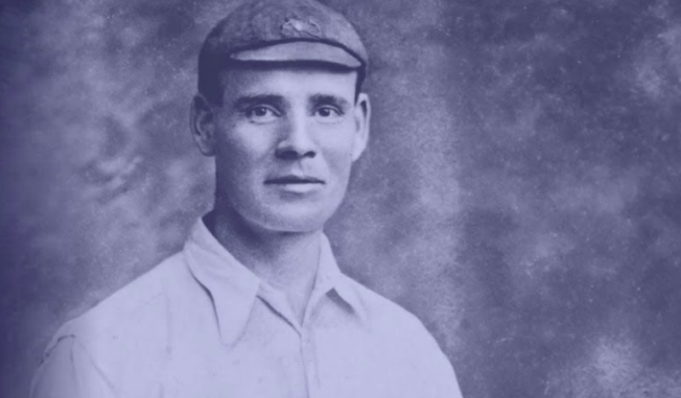 You wouldn’t be able to imagine Anil Kumble bowling at Dale Steyn’s pace- would you?

It’s just the way none would be able to work out how ‘King’ Curtly Ambrose would appear bowling like Rashid Khan.

For where cricket stands, then there are few areas in the grey. It’s largely all black and white.

A leg-break is a leg break and is as different from a yorker as is cold windy London from unsparing heat of the desert in Rajasthan.

Undoubtedly, over the course of many a memorable decade in Cricket, we’ve seen both seamers and spinners stand out for various reasons.

We’ve witnessed the hostility of Allan Donald with the ball. We continue to salute Shane Keith Warne for his awesomeness with spin. We’ve regarded Malinga for the sling-yness as also Mujeeb for the twirl and flight.

But if you were to combine, particularly in cricketing lexicon, a leg break with a fast medium or medium pace, or an outswinger with awkwardly bounce, you wouldn’t arrive at four different cricketers.

You’d arrive at a cricketer as unforgettable as Sydney Barnes, a legend of the game as gifted as they come.

In today’s modern-age sport ever reliant on data with detailing broken down bit-by-bit, it’s easy to analyse both pitfalls and triumphs of cricketers. It’s even easier to pose as an analyst. You can do that in the air conditioned comfort of the IPL dugout. You can do that being an armchair blogger.

But few back in the mid 20th century could decode how Sydney Barnes would generate hostile pace whilst holding the seam in the position of an off spinner.

Even fewer could come up with a plausible answer as to how he bowled leg breaks at fast-bowling pace and that too, without much (or any) rotation of the wrists.

You have to be a gifted talent to be written about and capture plaudits in the press. But you’ve got to be made of genius atoms when not only those who came to report about Cricket, but even those who rivalled you took the hat off in appreciation.

Sydney Barnes was the latter but the foremost, almost always, where it came to deceiving batsmen.

The English, his compatriots, loved him. But the Australians, against whom he picked 106 of his 189 Test wickets, saluted him.

In cricketing culture, dominating the bastion of excellence that is Australia is perhaps equivalent to picking an Oscar or, at least, being nominated for the Academy Award.

But what contributed to Sydney Barnes’ greatness, in addition to skill and dexterity, was the physical frame.

At around six feet over the ground, Sydney Barnes’ anatomy was that of a perfect fast bowling predator: wide shoulders, strong chest, and long arms. He had deception, pace, spin. And more than that, he possessed that unwavering gift of delivering a ball from rather wide off the crease, one that would move with a late swerve.

But then Sydney Barnes’ cricket is also an avid reminder of the greatness than existed in the sport much before a cult hero in Sir Don arrived.

At his pomp, he troubled Victor Trumper, compelled the ‘Big Ship‘ Warwick Armstrong to play waywardly, and caught Clem Hill, a strong adversary but a thorough gent off the pitch, off guard.

There was a reign of terror given his speed and the misery of not knowing how much the ball would turn that made Sydney Barnes a behemoth figure.

Though nothing adds to the allure of this giant of English cricket quite like the dearth of content surrounding him.

Given there’s such limited information on him, there hardly being any video footages whatsoever, one’s compelled to resort to whimsical takes to ascertain his true greatness.

Which is why you have to rest with the verdict of those who played against him- and rightly so. Such as Wilfred Rhodes’ observation that Barnes took the ball into his bowling, i.e., right hand not before a couple of strides from the point of delivery.

Could that have added to the sight of dazed and confused batsmen? Or, the fact that none at his time were able to offer such variation with each of the six deliveries in an over that made him awfully difficult to face?

Any comparisons, however, of Barnes with contemporary fast bowling merchants seem almost automatically defunct and a narrative painted with oblivion.

There’s reason to that and not just blind praise.

Back then, there were no ‘new-balls.’ The same ball would be used for the entirety of an inning.

It’s hard to imagine the impact that an absence of a bowling coach would’ve caused a world class bowler. Forget not, there were no nutritionists and sports doctors either.

Where today’s cricket is a paraphernalia of an unquestionably diverse resource pool with there being as many guides as there are players in a team, back then, the sport was a wild, ruthless confrontation between eleven men on either side.

That’s pretty much it.

And it is amid such scary tussle, one that didn’t function with safety gear that Sydney Barnes cast aside the best men who wielded the willows.

Perhaps it makes sense that lot of his greatness wasn’t just about how he bowled, but the fact that he constantly compelled batsmen to offer a shot. An erroneous judgement would, sooner or later, follow given all the deceptions and variations he contended with.

And there’s also remarkable sense as to why the legend of Sydney Barnes has soared over the course of many many years.

For someone who arrived in the sport with a fifer against Australia at Sydney, Barnes would end his journey with seven wickets in both innings of that famous 1914 Durban Test.

That is where you are compelled to question the improbable ‘what if.’ Where might have the Staffordshire legend ended with his stack of wickets had the world not been ambushed by the outbreak of First World War in 1914? 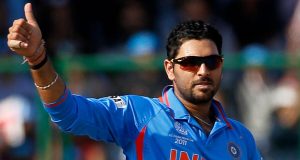