On Wednesday April 20, 2022, West Indies captain Kieron Pollard announced his retirement from international cricket, effectively signaling the end of an era for the West Indies’ T20 greats. It was a decision that was met with shock across the cricket world, especially given the World T20 is scheduled to be played in Australia a mere six months from now. Pollard was never a hugely popular figure for some in the Caribbean region, but what legacy does he leave behind as a player and a captain?

For an all-rounder of Kieron Pollard’s ability, one must admit that the above stats are underwhelming. An average of 26 and 25 in ODIs and T20Is is not good enough for a man of Pollard’s ability. Though seen as a hard-hitting basher who finishes innings, Pollard is much more than that. In fact, his three international ODI centuries demonstrate his ability with the bat and show why many once believed he had the technique to withstand the rigors and pressures of Test Cricket.

Pollard played a number of key innings for the West Indies. Some would remember the scintillating cameo (38 off 15 balls) against Australia in the semi final of the 2012 World T20, the stunning 119 against India in an ODI in Chennai in 2011 and most recently, the six sixes off Akila Dananjaya at Coolidge in 2021. However, it was Pollard’s two contrasting centuries against Australia that demonstrated his ability with the bat. The first of these centuries was a typical Pollard innings, where he smashed 102 from 70 balls in Gros Islet to lead West Indies to a 42-run win. The second hundred showed his class and ability, as he played a more sedate (by his standards) innings, scoring an unbeaten 109 from 136 balls batting at #5. Though the hundred came in a losing effort, it signaled to the world that Pollard was not to be pigeon-holed as a lower order basher.

The three hundreds scored by Pollard are proof that he underachieved in West Indies colors with the bat. Each of these hundreds was scored within the space of 3 years (2011 – 2013). While a few years of Pollard’s career were curtailed due to issues with the West Indies Cricket Board and injury, a man of his talent, power and that ability should have ended his career with much more than 3 international centuries. Though Pollard was a far better batsman than the statistics showed, he was a decent bowler. With canny changes of pace and smart uses of the crease, he had the ability, much like fellow Trinidadian Dwayne Bravo, to outfox batsmen. Though he bowled less and less in the latter stages of his international career and mostly used himself as a partnership breaker, Pollard was underrated and at times underused as a bowler.

Though he has not retired from all forms of cricket, it was pertinent to include Pollard’s franchise stats as a point of comparison. Many gripes with him and fellow West Indian cricketers is the lack of replication of their franchise performances on the international stage. The stats certainly show this, as Pollard has a better batting and bowling average and a higher strike rate in franchise cricket than international cricket, with his current tally of 11523 runs third on the all-time list, only behind T20 legends Chris Gayle and Shoaib Malik. However, this comparison comes with a caveat: franchise cricket though a close replica is often much easier than international cricket. However, there is no doubt that West Indies fans would have loved to see more of the Kieron Pollard that is seen in the IPL for example, with the Mumbai Indians.

Kieron Pollard was appointed West Indies limited overs captain in 2019, with a view of shepherding and grooming young leaders (specifically Nicholas Pooran and Shai Hope) for the future. This appointment was met with much criticism, especially since Pollard was replacing the golden boy of West Indies cricket, Jason Holder, and was still labelled as a mercenary in the Caribbean, who was uncommitted to the West Indies team. While Pollard, as has been shown in this article, has underperformed at the international level, no one should doubt his commitment to West Indies cricket. His combative and sometimes abrasive attitude on the field is all part of his competitive spirit and he always gave of his best to the team when on the field. Pollard’s appointment, though contentious, was the right one at the time.

He was arguably one of the better captains in the West Indies and his captaincy record, though far from inspiring, is still better than some of his predecessors, especially in ODI cricket. However, one of the biggest concerns was, did Pollard merit a place in the West Indies side based on performances alone?

Table 3: Comparison of Pollard’s Batting and Bowling Statistics as Captain and As Non-captain

The ODI statistics suggest that Kieron Pollard performed slightly worse with the bat as captain. It’s something, which caught the attention of many of his critics. With West Indies batting over the past few years largely dependent on Shai Hope, Pollard as a senior person in the side and in the middle order should have performed much better. Those three hundreds scored against high quality opposition under difficult circumstances show that he was certainly capable of producing more than he did with the bat. However, his record in T20Is was substantially better as captain, both with bat and with ball. As captain, Pollard averaged more, had a higher strike rate and a better bowling average in T20Is.

One of the toughest moments in his tenure as captain was overseeing West Indies’ poor 2021 World T20 campaign. Persons in the region called for heads to roll, and one head they wanted was Pollard. As captain, he should take some responsibility for that debacle, especially since the overall strategy and tactics of the team were found wanting, but the performance of the players as well as individuals merited scrutiny that went beyond his leadership.

Questions will continue to abound about the timing of Pollard’s retirement, given the numerous upcoming international assignments for the West Indies. Those who wanted Pollard out are certainly rejoicing at the announcement; however, are the touted replacements ready to be captains? Should Pollard have led for longer and given those players more time to grow as leaders? Those questions will certainly be answered in the next few months.

Regardless of whether you loved him as a person, a player or captain, Pollard’s impact on the game speaks for itself. His talent, ability and technique arguably warranted better statistics, but sometimes the measure of a player goes beyond the black and white of numbers, and should instead be measured by the mark left on the game. Destructive at best and often abrasive at worst, Kieron Pollard revolutionized the T20 game and for that alone, he deserves respect.

Note: All stats taken from ESPNCricinfo 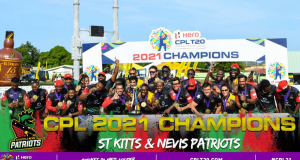