England’s Test Cricket Team’s standards have fallen continuously and over the period of last fifteen months, things have turned into a major drought of wins; the team struggling to win in the longest format. In such a scenario will the change in guard of captaincy change the fortunes of the team?

England ‘s Test cricket has had a nightmare over the course of the last fifteen months. That’s since the second Test of Indian tour last year. During this period, the team has just won a solitary Test in the 17 played by the team. What’s worse is that they’ve suffered a loss in eleven of them.

Amid such a scenario, it was eminent that Joe Root had to go; a question of not ‘if’ but ‘when.’

The rope on which he had been walking was getting thinner day-by-day. In spite of being one of the finest batsmen ever produced by England in Test history, Root was unable to inspire his troops. However, it is an exception that none have blamed him for the team’s failure.

There’s reason for that: in 2021 alone, he thudded- not conjure- 1708 of his 9800 plus Test runs, which included a magic run against India in India, supported by a 218 at the MA Chidambaram stadium.

Make no mistake that Joe, who proved to be the Root cause of Test bowlers’ struggles, carved 6 of his 25 Test hundreds in the last twelve months; that’s a fourth of his career centuries.

But there’s been much misery for England in these last few months even in matters off the pitch; on several occasions did the team confront questions raised on the county system and how the England, like many other teams, have put the First- Class cricket at backburner.

In spite of Root’s admirable quality, the Test team had not been going anywhere, losing against a low ranked but ‘high-on-self-belief’ West Indies team. That crushing loss probably sealed the fate of Root’s captaincy. With lack of good options available,  it was clear that Ben Stokes was the front runner for the captaincy. But now that the call has been made and the future of the Test leadership decided, at least, you’d think for two years or so, here comes a massive question.

Can the allrounder bear the burden of captaincy?  Ben Stokes has been England’s go-to man in batting, bowling and fielding; his mere presence on the ground has lifted the mood of his team on a number of occasions. However, only 10 months ago, he undertook a break due to mental health reasons. And it was being pondered whether he can cope up with the pressures of captaincy?

So with Ben Stokes stepping in as the captain, whether you’re a fan or not, you’ve got to wonder whether this is a stopgap arrangement that England have deployed or a long-term solution?

As Rob Key became Director of England’s Cricket, he was sure that Ben Stokes was the best man to lead the team. Moreover, when Stokes was asked, he was ready to lead England in Test cricket. Stokes does not have a magic stick to make England no.1 Test team. He, however, brings some of the qualities, which this team desperately needs right now.

The first and biggest of what’s desired is being a strong character, a strong lad both physically and mentally. Stokes like Kevin Pietersen, is always ready to fight, the last England captain with such a trait was Nasser Hussain.

The second important quality that Ben Stokes has is that he can inspire the team either with bat or ball, or by both. The big advantage is that even if he fails with one of his traits, he can make up with his cricketing versatility.

Could this X-factor have compelled the selectors to pop open the champagne in Stokes’s name? Given all his predecessors were purely batsmen?

One of the traits that he perceptibly carries from Joe Root is his caring for his mates; when Stokes took a break from Cricket, all that Root wanted was that his mate gets well soon. It showed that he cared for him and other player, something that he will need especially with young set of players.

The road for Stokes will not be easier one. First of all, he needs to identify the best set of players that can deserve to play for England and then he’s got to inspire them to perform to their ability and ultimately to get the results on his side. But all said and done, only time will tell whether he will be able to change the fortune of his team or end up as one of the great players but a leader who enjoyed lukewarm success ? 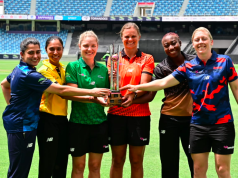 Dear IPL Fans- What Good Is Being Achieved By Trolling Ravindra Jadeja? 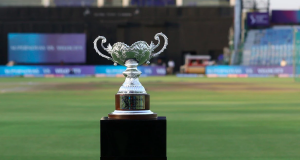 A Curtain Raiser: Why The Women’s IPL Is A Gem For...

Arjun Bhalla - November 4, 2020
0
Cricket world’s most affluent board, the venerable BCCI, stands on the verge of finishing a blockbuster season of the Indian Premier League in UAE....