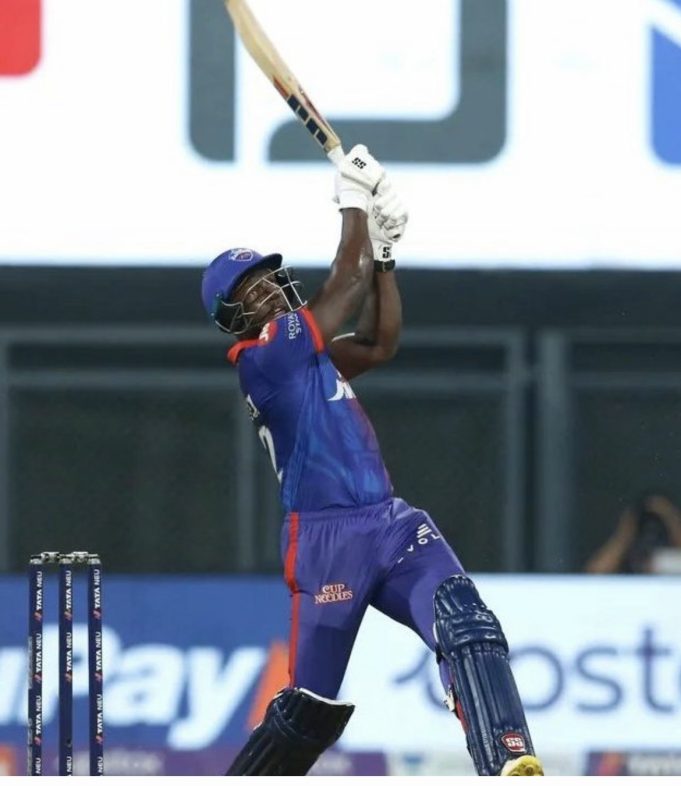 So often a victim to batting vulnerabilities and when not, then a habitual prey to a lack of application, the West Indies found themselves facing one of their most embarrassing moments in white ball sport in the year 2018.

Standing akin to a popular brat spoilt by a life of excesses, the West Indies had no other way but compete with lowly ranked teams in a bid to qualify for the 2019 ODI World Cup. The only way to fly to England was to come out trumps in a winner takes it all at the World Cup qualifiers.

And in that regard, they had not such an easy task of beating Ireland. But true to their waywardly ways with the bat, West Indies found themselves in a rather embarrassing 83-for-5 inside 19 overs.

The likes of Tim Murtagh, Boyd Rankin, Andy McBrine were all over a line up where the big fellas-Gayle, Lewis, Samuels fell cheaply.

At that point in time, he was only 18 ODI’s old in the sport.

If you think of how far back in the day this was, this being no more than four years down the line, you’d contend with easy reminders.

A time where teams like Lucknow Super Giants and Gujarat Titans didn’t exist, where none knew about Nicholas Pooran and Odean Smith at the International level, a period of time where T10 hadn’t yet been birthed in the sport.

Yet, almost as if carnage was on his mind, his most reliable mode of operation that afternoon, Rovman Powell pushed the team once tottering upon his arrival to 257 on the board.

A maiden ODI century was achieved by a little-known Jamaican who hung in when the Jamaica-born Universe Boss failed to fire.

Facing the very hefty medium pacers that had wrecked havoc in the Windies top and middle order, Powell, absolutely unmoved by the pressure his team was facing, carved 7 sixes and as many fours.

And in hitting one of those ridiculously long blows arrived the highlight of the day, perhaps also the most ‘shattering’ moment of play.

One of the huge blows over long off from the blade of Rovman Powell pierced the glass of the upper tier commentary box. In the aftermath of the game, which Windies won comfortably, Powell was called to the spot of destruction. Not as a culprit but as a celeb of sorts.

If you happen to Google image that moment from the 2018 World Cup qualifiers today, you’ll find most search results leading to the frame where Rovman Powell is actually autographing the sight where the powerful smash contacted the glass window.

But truth be told, there’s more significance to Powell smashing the glass pane and signing the moment of his day; in a sense, his being in cricket is indicative of a passionate lad having broken through the glass ceiling in coming through the ranks whilst contending with much struggle and grilling competition in the Caribbean.

When Rovman Powell was in higher secondary school, he promised his mum that he’d lead the family out of poverty.

That he’s come such a long way was truly evidenced on May 1, 2022, miles away from the balmy Jamaican sunshine of his native Kingston and amid the scorching heat of the Indian sub-continent.

In the contest against Lucknow Super Giants, Powell, during his knock of 35, which came at a strike rate of 166, scored his 2000th T20 run.

In between March 10, 2018 and May 1, 2022- Powell has done some ridiculous things with the cricket bat, struck so many astonishing sixes and gone big on so many occasions that a cumulative recoding of all he’s done would require you to opt for iCloud storage.

In 2019, when India came calling for a white-ball series, he fired 54 from just 34 deliveries in the Second T20I at Florida whilst blasting 6 fours and 3 sixes. His team could only make 98 in reply to India’s daunting 167. Powell made more than half the percentage of Windies’ combined score.

In the final game, he batted at a strike rate of 160 in scoring a 32 and helped Pollard, who scored a fifty, as the duo pushed Windies to a 146, which again wasn’t enough.

But Powell kept up the ante of scoring. He kept trying.

Just a little over a month before the world’s most watched T20 series, the IPL, hijacked our TV boxes and with it, our mind-space, Rovman Powell almost stopped tens of millions of Indian hearts during the second T20I against India, in India.

The West Indies, chasing 187, ended just 8 runs short but went many runs ahead of where they thought they’d land all largely thanks to Rovman Powell’s blinder of a 68 (38 deliveries) as Pooran chipped in with a vital 62. The duo would compile a century stand that came in merely ten overs.


That’s not all; barely a few weeks before setting foot in India, where he’s currently muscling bowlers, whether fast medium, brute pace or spinners, Powell headlined perhaps the most important moment of this T20 career.

Rovman Powell clubbed 10 sixes during his maiden T20I hundred, a 107 that came at an astonishing strike rate of 201 (just 53 deliveries). Of the many blazing hits to which a packed Kensington Oval was grooving as if amid an ecstatic live Michael Jackson concert, was a flat six over mid wicket.

Multiple seconds after Powell hammered the white ball to the smithereens, he just stayed there bent on the knee, inches from the pitch, not in arrogance but in pure awareness of the wild distance the ball had traveled.

But unlike the rest of the globetrotting, six hitting, bling-wearing bandwagon of Caribbean superstars who’ve plied their trade in freelancing leagues, it’s refreshing to see Rovman Powell practising the art of conservation; he plays the IPL but hasn’t yet sold his soul to the devil that is easy moola. Earning which often requires you to conveniently forgo national duties.

He turns up for the West Indies whenever called. And most likely, performs instead of perishing cheaply sans a fight.

Which is why at a time where Samuels has already retired, and Gayle hardly appears, where Pollard’s called time on his Windies career, walking into the footsteps of Bravo, Sammy and many others, it’s gladdening to see Rovman Powell still around and growing in his craft at 28.

As a younger generation, sporting both- biceps and passion- Odean Smith, Fabian Allen, Obed McCoy, Sherfane Rutherford, Romario Shepherd- is readying itself for bigger national challenges, it’s exciting to note that someone like Powell is around as are Holder and Lewis, to support Nicholas Pooran, likely the next captain.

Which is why every single run that Rovman Powell makes matters all the more for the West Indies. For theirs is an explosive factory that manufactures big hitting dynamites. Many of which are exported outside of the Caribbean with only a handful being kept or reserved exclusively to service the nation 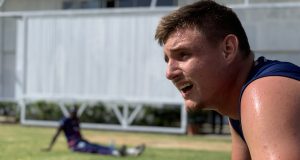 Dev Tyagi - June 19, 2021
0
Form is temporary, class is permanent. But neither holds much significance without factoring in 'age.' So where the current West Indies side stands, particularly in...