It was Monday, 19th December 1994, when a young 19-year-old Andrew Symonds walked out in a tour game against the touring England side studded with stars. Symonds had just started his First-Class career in the same season (1994-95).

By the end of Queensland’s innings, he had played the inning, which proved to be the breakthrough of his initial career. He smashed 108* off just 127 balls with eighty-two runs coming only in way of boundaries (16 fours and 3 sixes). The inning got him noticed in both the English and Australian press. The Sydney Herald reported next day, “He reached his century with a pulled boundary from Angus Fraser, a back-foot punch behind point which landed on the terraced hillside for six and a sweetly driven cover boundary – 14 runs from four deliveries!”

The English media was going gaga over his talent and expected he could play for England in future due to him being born in England.

In the 1995 County season, he took the English selectors, public and media by storm. Andrew Symonds made 1438 runs in the season. But the innings, which led to his coming in limelight was the 254* against Glamorgan which included 16 sixes and remained as a record in First-Class Cricket worldwide for next one and half a decade.

After this innings, it could be said, a huge circle of cricketing debate in both English and Aussie press encircled a certain Andrew Symonds; all eagerly wanted to know who he was, whether he’d be selected for his international career.

In October 1995, he was selected for England’s A side to tour Pakistan, he however withdrew his name and stressed that he would like to pursue his career for Australia. The decision brought the end of the debate as England felt humiliated and decided to end the Symonds’s case forever.

After waiting for another three years, Symonds made his maiden International appearance against Pakistan at Gaddafi stadium in third One Day International, where Australia had already sealed the game and was trying to give chance to fresh faces.

Over the course of next four years, Symonds continued to get the chances but it never got him the desired results.

By the World Cup 2003, already 27 and in his fifth year of International Cricket, it seemed time was running out for him as the experts believed he might not be able to fulfil the enormous talent that he possessed. However, the game against Pakistan changed everything for him.

Australia was struggling at 86-4 when Symonds walked onto the wicket and made a blistering unbeaten 143, which ultimately ensured the team not only won the match but also went to win the World Cup in a dominant fashion.

It was the start of best half a decade for the white-lipped dreadlocked crickter who lived life on his own terms (2003-2008).

Next year, he made his much-awaited Test debut. Although, ‘the’ moment in Tests arrived in the revered 2006 Ashes, when the brave right hander cracked 156 at the iconic Melbourne Cricket Ground, a contest famously remembered for Shane Warne’s 700th wicket. Next year against India, he played another gem of a knock, this time a racking 162* at Sydney Cricket Ground. This, however, was the starting of the end of his career.

Durign the course of what was a long career for Australia, perhaps it won’t be incorrect to suggest that Andrew Symonds biggest contribution was that he succeeded at making a place for himself in a life that never had a dearth of stars, given the Pontings, the Gilchrists, the Warnes.

The Monkey gate scandal rocked him. An incident that should never have happened. And even though he lost, he was more aggrieved at that Cricket Australia didn’t stand by him when he needed them the most. On the other hand, Cricket Australia were tightening the ropes on Symonds.

In mid- 2008, he went on fishing expedition rather than attending a crucial team meeting.

Was he careless? Or simply keen to mind his own business instead of dancing to the board’s tunes?

He was dropped soon after, but such was his importance that even at 34, Cricket Australia took him to T20 World Cup 2009 in England. But the results weren’t too fascinating.  when The end of his much-vaunted career was around, a journey that had little space for tantrums, very little words and committeed and brave actions on the Cricket turf.

Post-2009, he continued to play franchise leagues, especially the IPL and also won the title with Deccan Chargers in 2009.

After his complete retirement- he became a television commentator and had been working very well all these years before the tragic accident on 14th May 2022 ended it all rather unfortunately. 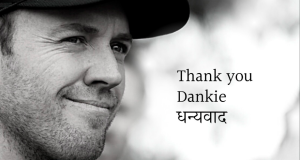 A Retirement That Fans Would Dread But Bowlers Would Relish: AB...