The success of the two newly added teams Lucknow Super Giants and Gujarat Titans in the IPL 2022 is one of the most refreshing things to see in the recent history of the world’s grandest T20 league. While Gujarat advanced to the final by defeating Rajasthan Royals in the first qualifier, the KL Rahul-led Super giants fell short by just fourteen runs of RCB’s total of 207 in the eliminator which ended their journey on a sad note.

Despite losing the must-win eliminator fair and square, Lucknow did play some outstanding cricket throughout the season and therefore, they have some really big positives to take away from IPL 2022.

In this article, we bring you three huge positives that are expected to boost LSG’s confidence to a great extent.

In their first ever IPL outing, LSG registered victories over the big guns of the tournament. They defeated the five-time champions Mumbai Indians and the two-time champions Kolkata Knight Riders each twice and got the better of the four-time champions Chennai Super Kings the only time they faced them.

These results were the reflection of LSG’s extremely good auction strategy, by virtue of which they were able to build a well-balanced team prior to the commencement of the mega event. They outperformed the think-tanks of several established teams in the mega auction, which speaks volumes about the aptitude their coach Andy Flower as well as mentor Gautam Gambhir while constructing a near-perfect T20 team.

Every team in the IPL has some really impactful overseas players, but the success of the teams majorly depends on the quality of the Indian core they have in their squad. LSG managed to buy some decent domestic players in the auction, among whom the returns of Deepak Hooda and Krunal Pandya were exceptional. These two players were expected to be integral parts of LSG’s playing XI and the way they performed throughout the tournament was nothing short of magical.

Hooda played a key role in providing the impetus to Lucknow’s innings in majority of the games as the stylish right-handed batter smashed 451 runs at a good average of 32.21 and a decent strike rate of 136.67. His 26-ball-45 was instrumental in taking LSG closer towards the target of 208 in the eliminator and it won’t be a wrong thing to say that they would’ve chased it had the dynamic batter from Baroda not been dismissed in the 15th over.

On the other hand, Krunal seemed to be back into his best version with the ball as the tweaker picked 10 wickets at a magnificent economy of just 6.97. The veteran allrounder also played some good little cameos with the bat that included a fiery 28-ball-42 against RCB.

The performance of these two players, in particular, is definitely an encouragement for the Super Giants going forward.

Mohsin Khan: The Leader Of The Pace Attack

Ahead of the IPL 2022, if anything was considered as LSG’s possible flaw, it was their pace attack. Dushmantha Chameera had no prior experience of playing in the league, Avesh Khan had blown hot and cold in the domestic tournaments conducted just before the tournament, there were doubts over Jason Holder’s death bowling; it was speculated that it would be a daunting task for the skipper KL Rahul while operating such an unreliable pace battery.

However, the rise of Mohsin Khan turned out to be the biggest positive for LSG. The well-built, tall lad from Uttar Pradesh bamboozled the likes of Liam Livingstone, David Warner, Rishabh Pant and Andre Russell etc. as he stormed through to fourteen wickets from nine matches at an unreal economy of 5.97. His pace combined with his uncanny accuracy and subtle movement caused trouble for the bests in business and created his image as an all-phase bowler in T20s. In Mohsin, LSG have found their strike bowler for the upcoming seasons.

Apart from these things, the leadership of KL Rahul seemed impressive as many experts of the game praised his on-field tactics. Although they couldn’t win the IPL this time, finishing fourth in their very first attempt in an insanely competitive league like IPL is a huge achievement by the super giants and if they keep this spirit up, they can definitely emerge victorious in the near future. 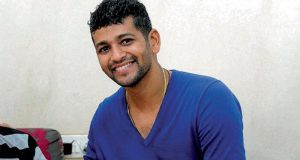 How Amol Mazumdar’s Greatness Lies Unsullied Despite Having Never Played For...

Sameer Allana - November 19, 2018
0
Greatness doesn't come to those who desperately seek it; it manifests itself in one's efforts given for the greater benefit of others. A look...