As they say “Cricket is the game of glorious uncertainties”. Who would have thought at the time of IPL auction that Gujarat Titans- a newly formed IPL franchise will emerge victorious on the night of 29th May. Surprisingly, both the new franchises i.e. GT & LSG performed well in this edition of IPL. When you look at the journey of GT throughout this IPL they performed collectively as a team.

Single player cannot win you championships. Everyone stepped up at the crucial time for Gujarat. The one thing that really helped GT in this IPL is that they got the team combination right from the first game itself. They carried no baggage off the previous seasons is one of the reason why they played fearless brand of cricket throughout the season.

So, what are the things that really helped GT to clinch their first IPL title? What is the success mantra of Gujarat Titans?

The multiple facets of Hardik Pandya

When the news came that Hardik Pandya is going to be a leader of GT in this season of IPL, not many people believed that he can actually take GT to the playoffs of the IPL. But, his calm head and good cricketing brain made wonders for his franchise. He handled the side brilliantly in many pressure situations throughout the IPL.

“I never had one specific role model. I always wanted to learn from the best, different things from different people, and I wanted to combine that in my game – Mahi bhai’s calmness, Virat’s hunger. From 2015, when I made it to the IPL, I always wanted to learn from people. That’s when I realised that Polly is someone who relates to my game,” he said during a conversation with cricket expert Harsha Bhogle at Cricbuzz in June 2020, Hardik revealed that he has ‘learned from the best’.

Hardik’s all-round performance with bat and ball is one of the many factors that helped GT to clinch this title.

GT has got a good combination of overseas and Indian batters in their line-up. Hardik Pandya, Shubhman Gill & David Miller are amongst the top 6 run getters in the tournament. Gill at the top of the order provided the team with solid starts which helped other batters to score freely.

Gill has 4 Fifty plus scores in this IPL which included highest score of 96(58) against Punjab Kings. Pandya has also got 4 fifty plus scores under his belt. David Miller made some vital contributions with the bat which helped GT to clinch some close encounters.

Titans bowling attack had a good blende of experience and youth, pace and spin. Md. Shami, Rashid Khan, R.saikishore and Lockie Ferguson delivered some matchwinning performances throughout the IPL. Shami regularly provided the early breakthroughs that he took 11 of his 20 wickets in the Power Play. He had good support with the new ball at the other end from left-armer Yash Dayal.

Rashid Khan as always with his mystery spin delivered some crucial blows with the ball and took 19 wickets in 16 matches at a reasonable economy of 6.59.

David Miller and Rahul Tewatia emerged as a finishers for GT in this IPL. In the eight successful chases for GT, Miller has been till the end in the six of them, remaining unbeaten. He tops the batting averages for his team with 68.72 after accumulating 481 runs in 16 innings with nine not outs and highest score of 94 against CSK. 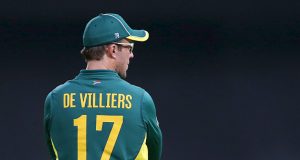 The AB De Villiers Uprising: Can He Make It Count In...

Gaurav Sethi - February 17, 2018
1
Regardless of your favourites in the game or who you support, there's no one out there who doesn't want South Africa to succeed in...