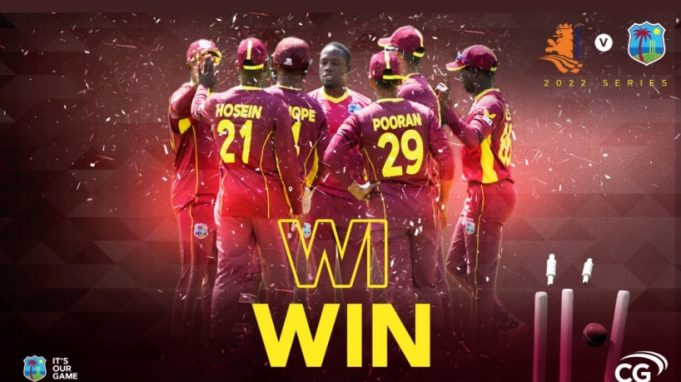 A series win is a series win at the end of the day. So given their victory over the Netherlands, a big up to the West Indies.

Their win should not be critiqued by wielding judgmental knives that understate one’s effort.

Yet, one can’t help but take note of the manner in which the series win came.

As the West Indies conquered a team significantly inexperienced in the white ball ODI game, it could be said, an elephant conquered a hare.

Nevertheless, full credit to where it’s due.

There were, without a speck of doubt, several performances that made the Caribbean fan’s day.

Akeal Hosein, in his eight wickets from three games, collected a career best 4 for 39. He was simply hard to score of and managed his spells with the elan of a thinking cricketer; remaining until the end, the most miserly of all West Indies bowlers with an economy of 4.15.

Shamarh Brooks and Kyle Mayers, established Test bats that are still two new to ODI cricket, rewarded the faith of the selectors; Brooks managing 167 runs from 3 innings with a highest score of 101 not out and not to forget an average of 83, the best in his dainty sized career.

Meanwhile, he didn’t get to bat in the opening ODI  and failed in the next, scoring just 22, Mayers came back strongly in the final contest albeit much to the chagrin of Pieter Seelaar’s men.

He ended up scoring 142 runs, with a highest score of 120, meaning an average of seventy.

And while Brooks and Mayers’ three figure scores oozed power, it was Shai Hope’s 119 in the opening ODI, finally a one day century in 2022, that had class written all over it.

The Barbadian helped his team fire the opening salvo in a series where Windies were able to put early pressure on the hosts at Amstelveen.

Moreover, there’s significance to the right-hander’s ton. Hope, in the process of firing a first hundred against the Netherlands, also his first this year while away from home soil, has touched 300 runs from 9 ODI’s.

That average of thirty seven is healthy. But hey, given Shai’s penchant for constant improvement, this performance offers hope that it could soon get into the mid 45 zone.

But even as the giant sized visitor put pressure on the up-and-coming one, there were moments where the fast-running hare left the elephant huffing and puffing.

Singh, the ebullient left hander played freely and bravely almost as if Hosein, Alzarri and Mayers didn’t matter to him all that much.

After fluent starts in the first two ODI’s, both of which yielded useful scores in the forties, he’d finally reach a maiden fifty; his 54 in the 3rd ODI.

Interestingly, the Netherlands already have a sensational Max in Formula 1, arguably the country’s greatest export to the topsy turvy world of motorsports.

But, he’s not the only Max the Dutch have.

Max O’Dowd’s determined and patient batting augurs hope that the men who wear orange can make opponents wear a look of concern as they go about strengthening their white-ball credentials.

His eighty nine off 121 on June 4 showed his side that can one can do both with the bat amid pressure : which is to play attackingly whilst not losing the focus.

The question most Dutch fans would’ve wondered upon the completion of the game was this- what if Max might have hung in there for a bit longer? Could the elephant have been toppled by a free-spirited ambitious hopper?

Truly speaking, Vikramjit and Max are the left hand- right hand pair that holds the power to script a new essay in the journey of Dutch cricket.

The Netherlands must cultivate this dynamic duo and if you think of it, together with someone like Scott Edwards, the keeping batter and Bas de Leede, a genuine all rounder, the Dutch can shape an impressive batting quartet.

Even their bowling department under the experienced Seelar, who first came to the limelight upon taking the-then English captain Paul Collingwood’s wicket in the 2009 T20 World Cup, seems ever capable of not entirely sorted.

In the likes of Logan van Beek, Kingma and Klein, there’s a medium pace bowling trio that places much regard and respect for economy and has shown in these games versus the West Indies that it’s truly capable of keeping a lid on easy scoring.

Only the third and final ODI proved to be a deterrent somewhat to the plans of Logan and Kingma, where Mayers’ sudden freeing of arms and muscling of powerful strokes hurt the Dutch fast bowling plans.

But in Aryan Dutt and newcomer Shiraz Ahmad, the Dutch bowling has two very capable off break and leg spin talents, respectively that can render big blows particularly in the middle of innings.

How often does one see a newcomer to ODI cricket emerge with a maiden wicket on just the second delivery of his first spell? Shiraz’s dismissal of the powerful Kyle Mayers in the 2nd ODI was a sight to behold.

Yes, sterner tests lie in the course of the future given teams like England can turn gory but there’s little reason to doubt the Dutch unit’s appetite to put forth a challenge.

So things are anything but dull for Seelar’s unit that did play with all the focus and desire of a side that’s keen to leave a trail of positive impression behind.

But what the West Indies, big victors in the end, ought to do, is to think of all the areas where performances, impressive that they were, could’ve been yet more immaculate.

Surely, as a vastly experienced side you cannot concede 64 extras in a series. And on top of it, cannot afford to bowl 38 wides.

Where’s the discipline and focus gone in this unit, the fans are bound to ask and the coaching staff and bowlers must offer a justifiable response.

Where Hosein was impressive and immaculate, Walsh, despite some key wickets, was effective, in patches. He’d have to work on hurling down the quicker ones too wide for his wicketkeeper’s comfort; a sight that did result in five wides on more than an occasion this series.

Could the West Indies medium pacers have worked out a better strategy of keeping runs in check especially at the top order?

They just didn’t seem the force they’ve proven themselves to be in their past assignments.

Moreover, in what lays ahead, can captain Nicholas Pooran bounce back to form and actually lead by an example is something that’ll concern – if not worry- most die hard West Indies fans.

You cannot score twenty four runs on the whole with a highest of ten. Moreover, what doesn’t do you any favours as captain is getting out to spin throughout the series, and as a matter of fact, to the same spinner.

Not when you’re Pooran, who can single handedly decimate attacks and put back the pressure opponents so often direct at the West Indies.

That the Windies have little breathing space for a bumper cricketing calendar that lies ahead with the series against Pakistan about to begin, they must huddle up and come up with more comprehensive performances that put on priority that thing called self belief. 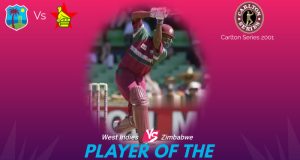