During the four days of the engrossing Lord’s Test, both teams proved why Test Cricket is the pinnacle of our game; it was a contest where both batsmen and bowlers got the chance to shine, but ultimately it was England’s former captain who sealed the deal for his side!

It has a been hard sixteen months for England’s Test side; they not only lost contests but seemed a side utterly out of depths with their own selves. It’s something, which seems awkward for a country that not only invented the game but has enjoyed the status of the game’s #1 white ball team. Not to forget, it is home to the second-richest board in world with seemingly inexhaustible resources.

But then resources do not guarantee you success- do they? Ask New Zealand, who have always utilized more than what they have; among the prime reasons why this 3-Test series is already turning into a mouth-watering contest for Williamson’s men are such a handy unit. Perhaps the real reason responsible for making Joe Root’s masterclass as Lord’s even more special after what was a two-month hoopla of T20 Cricket.

The Test had been topsy turvy, with New Zealand being bundled out for 132 by an England led by a new captain. New Zealand, however, were ready to test England in their own conditions and didn’t take much too long to take the rug out of the feet of English fans as they gunned the home side for just 141.

When the Test seemed set for a two-day implosion, Daryl Mitchell and Tom Blundell dug a well of concentration in which to drag the Englishmen; they showed the best way forward was combining defence and attack. And by the next morning, the duo took the Kiwis to 251-4.

It was the time when Stuart Broad showed what England will be missing when he and Anderson will retire. In a 3-ball, read that gain, the timeless right-am seamer changed the whole course of the match.

And whilst obviously that involved a run out, it was his over that changed the momentum of the Test.

New Zealand went downhill at 34-6 and ended up with lead of 276, which was, without a speck of doubt, a challenging total albeit somewhat unexpected.

A target of 277 in the fourth innings is difficult to chase, whether you’re playing at the Queen’s Park Oval, the MCG or Wankhede.

This, however, was the spiritual home of the contest. A shrine even you’d say, where the most devoted practitoners of the game put all they have in their search for glory.

So by that logic, something had to give; something out of the extraordinary should’ve anyways happened for a side deeply pressured by the course of its own recent undoing.

Which is when Joe Root played the equaliser in a topsy-turvy Test that wore on much like the back-breaking corners of an F1 track, each peppered with uncertainty.

What made Joe Root’s Test ton even incredible was the background against which it came; the team wielding a rather ordinary report card, pitiable even with just 1 Test win in previous 17 Tests and was, make no mistake, facing one of the best bowling attacks in the world.

In midst of such a scenario, when the Lord’s giant scoreboard read 69-4, the heart of the English fans, it wasn’t hard to sense, had sunk in despair. Yet again. The team looked doomed for another loss and the tenure of new captain, it seemed, had begun on a wrong note

However, two of their finest Engliush matchwinners had other ideas; when Ben Stokes and Joe Root joined forces, New Zealand were hot favourites to win the Test. By the time Stokes was out off Kyle Jamieson, he had ensured his side had some hope to win.

At 159-5, when Ben Foakes joined Joe Root, New Zealand were still ahead.

Just who’d have expected a turn in fortunes.

But both of them ensured inch-by-inch that they’d defy New Zealand’s much-vaunted pace attack.

Stokes had already dented Williamson’s confidence in Ajaz Patel by taking twenty two runs in his two overs and with Colin de Grandhomme injured, New Zealand were left only with three bowlers. They toiled hard, but couldn’t breach the resistance of Root and Foakes.

New Zealand’s hope of starting the Fourth Day with new vigour was dashed when the duo didn’t budge at all from their mission to win the Test, both dominating the bowling and ensuring the tail was not exposed.

During the process, Joe Root, with all those quintessential glowing strokes on either side of the wicket became the second-ever English batter to reach 10,000 Test runs and in the process, notched up his 26th hundred.

However, what was most satisfying from his own standpoint was ensuring his milestone- and it’s not an ordinary on at that- starred in an English win, such a rarity nowadays that England won a Test nearly after ten months; only their second in eighteen Tests since February 2021.

In spite of some impressive performances, England still have lots to ponder given their win revolved around the familiar faces (Joe Root, Stuart Broad, James Anderson and Ben Stokes).

Take the four mamoth faces of English cricket out of the picture- and just who are the plausible matchwinners left in the side?

The two key positives for them, however, it occures are the likes of Matthew Potts, who looks like a long-term prospect and the confidence offered by Ben Foakes, who seems certain to be the solution of England’s wicket-keeping problems.

On the other hand, New Zealand seem to have been highly impacted by the retirement of Ross Taylor and BJ Watling. Huge shoes to fill.

The team is struggling in the batting department, gladly are spruced with positivity given the emergence of Daryll Mitchell. Was his hundred among the best of this ongoing Test claendar year?

Forget not that the innings from Tom Blundell gave them relief when it was so badly sought. They, however, need their Captain Kane Williamson and the experienced Test figurehead Tom Latham to rise to the occasion. They also need to trust Ajaz Patel and if they cannot, they must get Neil Wagner in, the team missed his firepower in the Test. 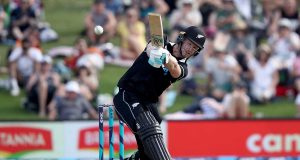 Why Jimmy Neesham Could Make It Count In 2019?

Sameer Allana - January 5, 2019
0
“Taking advantage of every little opportunity is what defines a successful sportsperson.” Jimmy Neesham hadn't featured in a single ODI since the Champions Trophy debacle...