Statutory warning, if you are here for the stats (and the standing ovations), there are plenty of those out there on the internet. These are just some heartfelt ruminations.

If there is one quote which summarises 39-year-old Mithali Raj’s International career aptly, it is this from former cricketer-turned-commentator Isabel Westbury.

Having made her International debut in the last year of the last century, Mithali Raj was the best thing that happened to Indian cricket, till the first decade and a half of this century.

It was up until the point that women’s cricket had its own pace, and runs mattered much more than the rate at which they came. Mithali Raj blossomed in that era as one of the best batters in world cricket. Gradually, as things began to change and women’s cricket came into the limelight more and more, Raj became an impediment in directing it towards a new direction.

And, it is not as if she was to be blamed. It’s just the generational gap. As she herself narrates, the first time she picked up a bat was under the stewardship of a professional coach. Everything that Raj did on the cricket field was quite conventional, proper textbook stuff.

Raj’s technical proficiency is second to none in world cricket. Perhaps, only Laura Wolvaardt comes close. But, it’s an ode to the life and times of a different era, when proper meant better.

Now, in an age when Ashleigh Gardner comes straight out of COVID-19 and smacks an unbeaten 18-ball 48 in the last ODI World Cup, Mithali Raj felt like a fish out of water.

Don’t get me wrong, she did the best she could to evolve, but it was simply a bridge too far.

Like Rahul Dravid once said, if he was 10 years younger at the time of the advent of T20 cricket, there is no doubt in his mind that he would have mastered the format, but it wasn’t quite possible once he was set in his ways.

The opposition captains had it relatively easier when Mithali Raj came out to bat in the last few years of her career. They would bring maximum fielders inside the circle and starve Raj of the lifeblood of her game, the singles.

Raj tried her best to hit over the infield when she found herself swamped under scoreboard pressure. Sometimes, it came off; at other times, it didn’t.

Timing may be paramount, but it’s still not a good enough substitute for power in the modern game.

The beginning of the end for Raj started when the Ramesh Powar-led management first pushed Mithali down the batting order in the 2018 T20 World Cup, before dropping her altogether.

Despite that, it is credit to the fortitude, determination and adaptability of Mithali Raj that she succeeded more often than she failed, even in the twilight of her career. In fact, it was as late as July 2021 that she reclaimed the number one spot in the ICC Women’s ODI rankings, for the 9th time, no less.

The longevity is to be obviously applauded, but her 23-year journey in International cricket also worked against her at times.

The default setting to protect your wicket before taking on the bowlers, the urge to ensure not losing before trying to go for victory, and the belief to stick to convention rather than think out of the box. This was reflective not only in her batting but in her captaincy as well.

A couple of matches that India lost in the group stage of the recently-concluded ODI World Cup could have been salvaged with some attacking tactics. A couple of examples here.

India had point open for most of Meg Lanning‘s magnificent 97-run chasing masterclass and she kept square driving. Once the gap was plugged in the penultimate over, Lanning was caught at by Pooja Vastrakar, and the match went to the last over.

Likewise, the field placement in the all-important final group match against South Africa which was to decide the semi-final qualification of India, was bizarre to say the least. Knowing fully well that India would have to take wickets in order to restrict the Proteas short of the target of 275, India allowed Laura Wolvaardt and Lara Goodall to build a match-defining partnership right before their eyes.

Even Protea wicketkeeper Trisha Chetty was awarded easy singles with the field pushed back to the boundary on the leg side, which ultimately turned out to be the difference between India making it to the semis and crashing out in the group stage.

At the same time, it is true that Mithali Raj was unfairly criticized for her strike rate on multiple occasions. What is a player supposed to do when the team has lost their top two-three batters within the first 10 overs, with not much batting to follow?

When it comes to the sum total, Mithali Raj won way more matches for India than she lost, owing to her slow strike rate, which in fact, lent itself to admirable consistency.

This didn’t change even in the final few years of her international career.

Make no mistake, Raj is a bonafide legend and played an instrumental role in bringing women’s cricket to the point it has reached, not only in India but globally. However, she overstayed her welcome by a couple of years in a new, and more importantly different era, with the young guns waiting to take charge.

It is perhaps poetic that as the women’s IPL is in the pipeline to be launched next year, the prolific career of Raj has died a natural death. 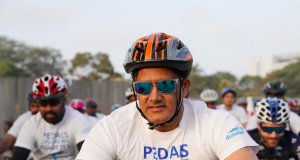 Pranay Rangra - October 17, 2020
0
In all walks of life cricket included, attributes like grit, determination, will, resilience, smartness, performance and aptitude make you as good as they come. Having...